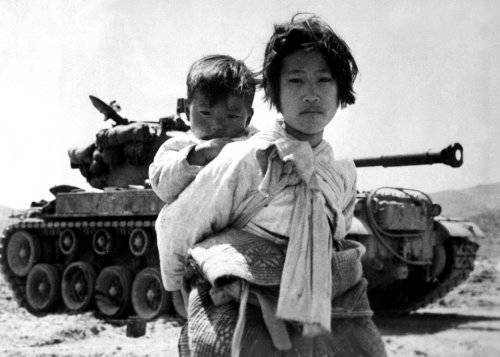 I believe that wars will continue forever, since the world is built on this. Moreover, war is the engine of progress.

Will there ever be peace on earth?

Many times I hear people say, or rather say, dream of a time when world peace will come. For many people, it is a belief in a bright future, without wars and violence. But is it possible?

I recently heard a guy who wrote the script for the film The Fifth Element. He said that we are waiting for about the future, as in this film. Its idea is that humanity will no longer be at enmity with each other, because it will be able to move quickly in space, which will open up opportunities for the exploration of new galaxies, and consequently, the lack of resources will disappear and wars will cease. I admit, it only makes me sarcastic smile. A world without wars - this utopia can compete in its absurdity only with communism ...

There will always be wars. No abundance of resources will ever stop war, but on the contrary, it will only stimulate them. The task of every life form is to stay alive, and not at all resources. Resources is a means to achieve the main goal - to survive. Moreover, there are times when these same resources only reduce the chances of survival as a heavy ballast. Why is this coming out? It is very simple - the resources are different, and the time is mighty to be spent on solving a task, it is also a resource. Mastering or even owning resources requires other resources, including time. And the more it has to spend on one thing, the more it suffers from lack of time another, respectively, time can be spent efficiently, in any way or in general to itself harm.

Now let's take a look at another question for a moment. Can we say that with abundant resources, say the same food, the best behavior is neutrality? That is, I eat and do not disturb others. On the one hand, it looks like the truth, and by itself the same logic suggests itself to the language that the guy said, but is this true?

After all, any resources end sooner or later. And from this it follows that when the period of abundance ends, even if we assume that the war would stop for this period, it will still begin again, and the winner will be the one who becomes stronger by this moment, and therefore in a safer condition. That is, when the abundance of resources appears, any system, including society, should try to develop as quickly as possible in order to overtake the others, because otherwise, if it does not have time, then later it will be weaker than others, and therefore it will be have less chance of survival in the new war.

How can it grow faster? This is where we return to the effective allocation of time. Obviously, it is not profitable for the system to spend the resources just received, say, food, to fight other individuals, if they are dangerous, or if it requires the expenditure of these same resources, since this hinders its development. But only if such a danger exists. But, let's say, there is an organism that does not adhere to the point of view that I have just expressed, or simply nature itself did not have time to develop an appropriate model of behavior in it. As a result, instead of absorbing more and developing faster, he sits, heats up in the sun, slowly eating that God sent and is in no hurry to develop, and most likely thinks that it will always be so. In this case, a stronger or much stronger system can destroy it without loss:

Is it profitable for her to "waste" his precious time on him? That's it, that it is not a waste, but an acquisition. The search for resources takes time, processing also, storage too, everything takes time. A weaker competitor has already produced many stages of this processing and assimilation of resources, therefore, destroying it, and taking everything that it has, the stronger system saves its time - its main resource. There is no need to go far for examples, all nature is built on this principle - a weak one feeds the strong.

From this it turns out that even with abundance the system is forced to kill. She is forced to do this, fearing in the future to be weaker. And that's the point. And it is this that gives rise to a second reason for aggressive behavior, even in abundance. This reason is the fear of being destroyed by those who are waiting for war in the future.

The whole trick is that one who is waiting for the end of the world, and accordingly cares about the speed of his development and is in a hurry to accumulate forces, can be mistaken that the resources will ever run out, say, a miracle happened and their infinitely many, although this is not no one will ever believe, but the fact is that his expectations influence his actions, he becomes aggressive, and therefore he will attack the weaker, and thus have to act like him or be eaten. I will say more, they can be simply destroyed without benefit and even with the expenditure of resources, and all this only out of fear that otherwise they will become stronger and destroy the one who has the advantage in strength over them at the given moment. That is, it turns out that the weakness of one individual provokes the violence of a strong individual. I would even say, not weakness, but an appearance of weakness, therefore, even if everyone is equal, there will be someone who considers himself stronger and wants to attack another, and therefore war is inevitable in the end.

If you want peace, get ready for war.