A Message from Donald Trump to Readers of the Military Review

August 8 2016
300
More than once on the portal Topwar.ru there were articles about the political struggle in the USA, about Washington’s hostile policy towards Russia and about the course of the election campaign for the choice of the US president. In the world of modern technology, much is possible. In the course of communication with my friend in the USA, a very old expat, it turned out that he is friends with a man who has a connection with the election team of Donald Trump. I took the liberty through my friend to come out to this American, and he went out to the office of the GOP presidential candidate himself. In a brief letter, he was presented with the portal Topwar.ru, and it was said that the position of our community is somewhat closer to the views of his party than to the position of the Democratic Party. Strangely enough, in a few days an answer was received, which was sent to me, and I, translating D. Trump's message from English, offer it for familiarization to the readers of Military Review. In general, what began with the comic communication between old friends, eventually resulted, we can say, in the release of Topwar.ru to the international level.

First, allow me to express my respect to all military veterans present on the portal, both the army and the air forces and the naval fleet. You were worthy and brave of our opponents in the decades-long confrontation between the USA and the USSR. You did not lose your war, you honestly performed your duty.

Secondly, allow me in absentia to express my deepest respect to all the servicemen and representatives of the special services of Russia, who are waging and are fighting Islamic radicalism in the Caucasus, Central Asia and the Middle East. You are doing a great job defending your nation from bloody terrorist acts.

Unfortunately, the US administration, led by the Democratic Party and Barack Obama personally, bears a significant share of the responsibility for strengthening Islamism in the world. Therefore, I hope everyone already understands what disasters the election of Crooked Hillary will bring to all Christian countries. [US presidential candidate Hillary Clinton has the contemptuous name of Republicans]..

For obvious reasons, I don’t have much time to explore your site, but my assistants translated several articles for me, and I liked them. Your community clearly does not like the policy of the United States, led by Democrats, and in this our views very much converge: I also do not like the Democratic Party, and I consider its policy erroneous.

I was glad to meet you. 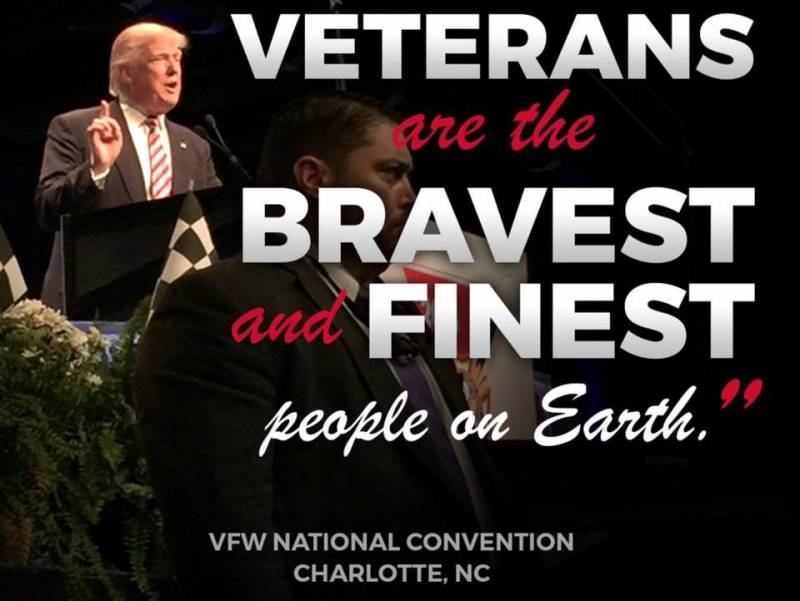 "Military veterans are the bravest and most worthy people on our planet." D. Trump

I greet all the community and team!

The Air Force and the Navy. You were a brave and worthy rifle between the US and the USSR. You have not lost your war, you honestly performed your duty.

Secondly, we’re expressing our faith in the Caucasus, Central Asia and the Middle East. You are doing a lot of work from the gory terrorist attacks.

Fatalities of the United States. Therefore, I hope everybody understands how much of the Crooked Hill election will bring. I really like them. Yours seems to be the same on this subject. I don’t like the Democratic Party and its wrong policies either.

Was very glad to meet you. 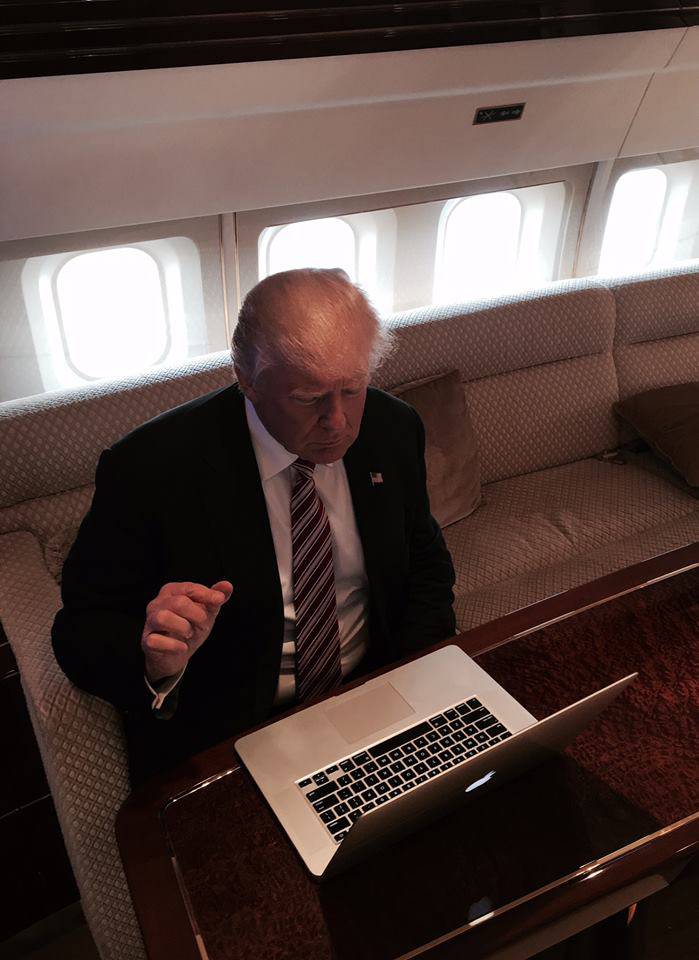 Exclusive photo. Donald Trump at the computer in a private jet used as a flying campaign headquarters

We are in Yandex Zen
In search of a national idea: a project for choosing the main symbols of Russia
300 comments
Information
Dear reader, to leave comments on the publication, you must to register.