Day of the Railway Troops of the Russian Federation

August 6 2016
6
19 July 1996, by the decree of the President of Russia in our country, was entered into the calendar of military holidays, the Day of Railway Troops of the Russian Federation. After another 10 years (18 July 2006) another presidential decree was issued - “On the establishment of professional holidays and memorable days in the Armed Forces of the Russian Federation”, in which the holiday date 6 of August, as the Day of the RF ZhDV, was also fixed.


Why was 6 August chosen as the date for celebrating Railway Day? The fact is that on this day special militarized units were formed, which were engaged both in guarding and operating the St. Petersburg-Moscow railway. The formation of this kind of units, which eventually developed into railway troops, occurred in 1851 year. And in 2016, Russia celebrates the 165 anniversary of the troops.

It is believed that it was in our country that the railway troops first appeared for the first time. Initially, they consisted of only a few formations in the composition of the engineering troops. The main task in addition to the protection of the railway before the military railway workers was the task of maintaining the tracks and the adjacent infrastructure with the help of equipment and special equipment available at that time. In fact, military railroad workers are doing the same today, but the front of work has certainly expanded.

Today, one of the priority tasks solved by Russian military railway workers is the task of building a railway branch bypassing Ukraine. In connection with the well-known events (in the neighboring country), the construction of a bypass route from Zhuravki (Voronezh Region) to Millerovo (Rostov Region) is a strategically important task. If, so far, the various-colored Ukrainian radicals have resorted to attempts to blockade the Crimean peninsula, then the provocations are not very likely in relation to the transit railway section in the Luhansk region, which is followed daily by dozens of Russian trains, including military trains.

By the 165 anniversary of the railway troops, thanks to the truly dedicated efforts of the military railway workers, work was completed on filling the road bed in the area from 11 to 57 km. In the first section, the laying of the rail-sleeper grid of the new railway line at the Zhuravka - Millerovo section has been started from the zero kilometer. (...) The construction plan envisages the construction of 14 railway platforms, one railway bridge across the Kalitva river, four road overpasses, 21 railway overpass, one overpass, three pedestrian bridges, 64 culverts and 7 stations. Also provided for the reconstruction of the station Zhuravka.

According to the initial plans of the Russian defense ministry, the military railway workers should prepare the route bypassing Ukraine no earlier than 2018 of the year. According to the latest data, work is carried out ahead of schedule. The military personnel of the railway troops, together with the civilian specialists helping them, promise that the new branch between the Voronezh and Rostov regions will start to be used in the third quarter of 2017.
After that, the railway workers will begin to assist in building railway tracks on the bridge under construction across the Kerch Strait. According to experts, a direct rail link between mainland Russia (Kuban) and the Crimean Peninsula will be launched in the first half of 2019. At that time, auto-messaging should already be fully operational.

In the arsenal of railway troops there is a wide variety of equipment, technical tools and facilities: from pile driving machines and collapsible supports to bridge cranes and equipment for conducting underwater operations. Underwater work of the railway militia personnel is most often carried out when building railway bridges over certain water bodies.

Military personnel of the railway troops observed an increase in the number of training and competitive events. Numerous recent exercises and with the involvement of representatives of the railway unit also help to improve the skills associated with the work on the railway sections, including their direct creation in the designated area. 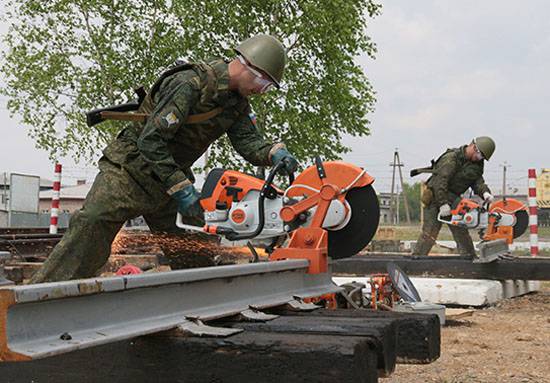 More recently, in the troops of the Eastern Military District, events were held where 200 of the most trained railway troops practiced the implementation of 26 standards on 18 different points. In particular, carpenters made piles, which were then driven into the ground at different depths with the help of universal pile drivers. It is noted that the time standard was almost doubled. 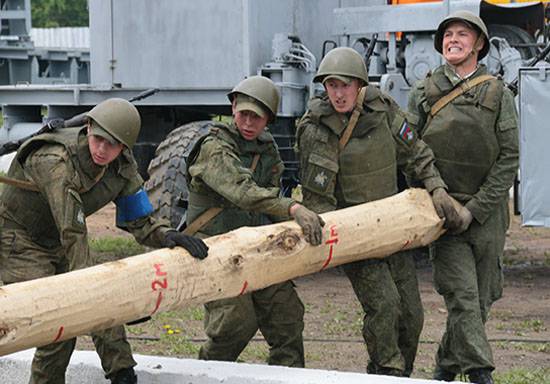 In particular, military personnel of the 76-th track separate railway battalion laid the 100 and the web in just 20 minutes. 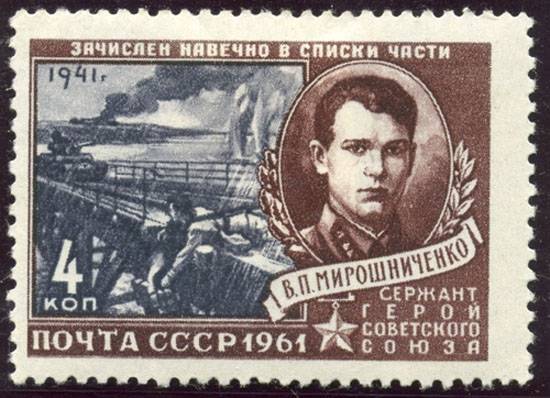 The task assigned to the group was to undermine the bridge near the station Snopot (now - Bryansk region). Having laid the explosives, the soldiers pulled the cord to the explosive machine, which was in the dugout on the river bank. Taking cover, they set the car in motion, but there was no explosion. Then sergeant Miroshnichenko himself rushed to the bridge to fix the malfunction. But it was too late - the activity of the Red Army was noticed by the Nazis, who opened fire on the sergeant. German appeared on the bridge Tanks. Having been wounded, Victor Miroshnichenko got to the first charge laid and carried out its undermining at the cost of his own life. The task of undermining the bridge in the area of ​​Snopot, actively exploited by the time by the Nazis, was completed. In 1942, Sergeant Victor Miroshnichenko for courage and heroism was awarded the title of Hero of the Soviet Union posthumously.

Thanks to the well-coordinated activities of the railway workers, today the tasks of developing the transport infrastructure of our vast country are being solved.

“Military Review” on this day congratulates all military personnel of railway troops and veterans on their professional holiday!

Ctrl Enter
Noticed oshЫbku Highlight text and press. Ctrl + Enter
We are
Alpha Calendar for 2013 Year
6 comments
Information
Dear reader, to leave comments on the publication, you must to register.