US completed tests of tactical thermonuclear bomb B61-12

August 3 2016
23
The United States has completed the development and testing of prospective tactical nuclear weapons. After the completion of such work, the organizations involved in the project will have to start preparing for the production of such weapons. It is planned to complete this stage of work by the end of this decade. As a result of the successful implementation of all plans for the armament of the United States Air Force, a tactical thermonuclear bomb B61-12 LEP will have to be received.


1 August The National Nuclear Security Administration at the Department of Energy of the United States issued a press release, which refers to the current successes of the B61-12 project. It is reported that the National Administration involved in a promising project recently allowed the start of the next phase of work. After four years of development work, the B61-12 project moves to the stage of technological preparation of production. These works will become a transitional link between the development and production of new weapons. To complete the new phase is planned by the end of this decade. In 2020, the customer, represented by the US Air Force, will have to receive the first new-type products. In the future, production will continue, and will be carried out until the full implementation of the order.

The head of the National Nuclear Security Administration, Lieutenant General Frank J. Klotz, noted that the B61 bombs use the oldest components in all American arsenals. Implementation of the planned work on the modernization of these products will extend their service life by two decades. F.J. Klotz also said that reaching the next phase of the B61-12 project is a great achievement for the National Administration. Also, the head of the organization recognized the merits of scientists and engineers whose work lies at the heart of a project of particular importance to the national security of the United States. 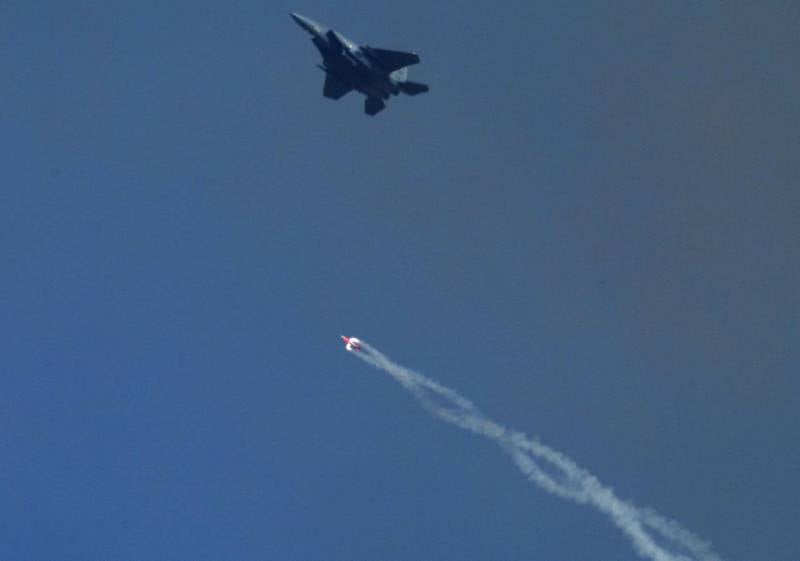 According to official information, the B61-12 project or LEP (Life Extension Program) is designed to upgrade a critical component of the United States nuclear arsenals. As part of the project, it was necessary to create a set of additional equipment, with the help of which it was possible to increase the service life of bombs, as well as improve their combat characteristics and security parameters. The new project required the most extensive use of components and assemblies of existing bombs B61 of various modifications. In addition, it was assumed that the new product B61-12 will replace all of its predecessors.

Commenting on the current successes of the B61-12 LEP project, US Secretary of Energy Ernest Moniz said that the program to extend the life of the bombs is carried out in accordance with the instructions of President Barack Obama. Earlier, the head of state instructed the defense industry to maintain the potential of strategic nuclear forces at the required level while maintaining the necessary efficiency and increasing security. At the same time, it was necessary to gradually reduce the quantitative indicators of nuclear arsenals.

According to the Minister of Energy, the launch of the B61-12 bomb production will make it possible to abandon the B83-1 products, which are currently the latest example of megaton class weapons in the United States nuclear forces. Despite the reduction in the capacity of individual ammunition, E. Monise hopes that the updated arsenals will allow to preserve the required capacity, as well as to ensure the protection of his country and the allied states of the United States.

The development of the B61-12 project was carried out by experts from Los Alamos, Livermore and Sandia national laboratories. Also involved in the work of the company Boeing, whose task was to design some components of the bomb. Production of advanced weapons will be conducted at several enterprises belonging to the Ministry of Energy. Previously, these plants have already participated in the release of various weapons, including B61 bombs.

Recall the project B61-12 Life Extension Program was launched in 2012 year. The main purpose of the work, which attracted a number of research, design and production organizations, was to create a new tactical thermonuclear bomb within the existing B61 family. By using ready-made components and some new units, it was required to create a product with enhanced characteristics. Interestingly, the technical task for the B61-12 project implied the use of the least powerful mode of operation of the main thermonuclear charge, which was proposed to compensate for the increased accuracy of hitting the target. The latter was to be provided with a new guidance system.

The tactical thermonuclear bomb B61 of the first version was developed in the early sixties. In 1966, this product was adopted. Later several modifications of the bomb were created, some of which entered service and were used by the air force. The development of new modifications of the bomb continued for several decades. For example, the product B61-11 was developed and put into service at the turn of the nineties and the two thousandth. 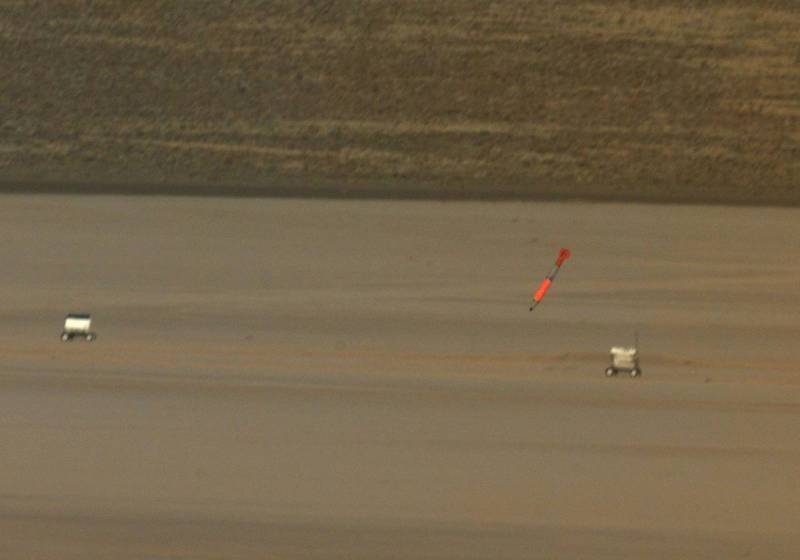 To date, the US Air Force has five types of bombs, which are available in expanded form or in warehouses. Operation of the B61-3, B61-4, B61-7 and B61-11 products continues. B61-10 bombs are placed in reserve, but can be redeployed if necessary. Products of all available modifications differ in charge power and some other features. For example, the B61-11 bomb was designed as a weapon to destroy bunkers. A characteristic feature of all bombs in the B61 family is the absence of any guidance systems. They can only be used in the free-fall version.

The new project B61-12 LEP implies the use of the thermonuclear charge from the B61-4 bomb, which is distinguished by the lowest power in the entire family, 50 CT. It is proposed to mount a set of various equipment that enhances the main characteristics in accordance with the technical specifications for a body with a similar warhead. At the head of the ammunition is placed part of the electronics needed to detonate the charge, and on the tail is mounted a special unit with control equipment that provides guidance to the specified target. Thus, in the B61-12 project, the same ideas were used as in the case of the JDAM bombs, also built on the basis of existing weapons.

The tail section with control systems is completed with navigation equipment, autopilot and steering gears connected to the rotational surfaces of the tail unit. With this equipment, the bomb can track its position in space relative to the target, as well as adjust its own trajectory. According to some sources, a new bomb must use an inertial navigation system for targeting. In addition, satellite navigation is possible.

It was assumed that the use of the homing system will significantly improve the accuracy of hitting the target in comparison with previous bombs of the family, and this will make it possible to significantly reduce the power of the warhead. The comparatively lower power of the bomb in this case is compensated by an accurate fall on the target or in its immediate vicinity. For comparison, early B61 modifications had a circular probable deviation up to 160-180 m. In the case of B61-12, this parameter should be reduced to 5-10 m.

From 2012 to 2015, organizations involved in the B61-12 LEP project carried out various design work. In the summer of last year, the first tests of a bomb with new guidance equipment took place. The test used a prototype bomb, which had an interesting origin. This product was an assembly of the B61 serial bomb of previous modifications, released in the sixties, and a new guidance system. At the same time, a regular thermonuclear warhead was removed from the old hull, instead of which a weighing simulator was placed.

The first test dumping of a tactical thermonuclear bomb of a new model took place on July 1 of the year 2015. The prototype was hung on the pylon of the F-15E fighter-bomber, which soon set off from the Nellis airbase at the Tonopah training ground. All carrier systems and bombs worked out normally. In the area of ​​the target, the aircraft dropped the bomb, which was successfully aimed at the specified target and conditionally hit it. In the future, it was planned to carry out several new test discharges for additional testing of the operation of the B61-12 product systems.

During the production of advanced bombs, it is planned to use the available components as widely as possible. Only some new components will be re-released, primarily the tail section of the product with guidance systems. Thus, future products B61-12 will be a modernized bombs of previous models of the family. Among other things, this will lead to a gradual reduction in the number of old bombs in the stock in the original configuration.

According to reports, since 1966, the American nuclear and allied enterprises have collected more than 3 thousand B61 bombs of all serial modifications. Due to obsolescence and physical obsolescence, as well as due to planned reductions in arsenals, the United States Air Force currently has approximately 825 bombs of five modifications. Less than half of this amount is deployed at airbases and can be applied upon receipt of the relevant order.

At the beginning of the next decade, the Pentagon plans to launch the serial production of the B61-12 controlled thermonuclear bombs by modifying the products in stock. In total, it is intended to upgrade 480 bombs in this way. The number of products planned for deployment has not yet been specified. After the completion of all these works, only two types of tactical thermonuclear bombs will remain in the arsenals of the US Air Force: B61-11 and B61-12.

As a replacement for the old bombs of their family, the new B61-12 LEP will be sent to NATO bases in Europe, where similar weapons already exist. According to various sources, it is currently deployed in European countries in several countries to 180 bombs of B61 of various modifications. The storage facilities of the airbases make it possible to keep in the reserve about twice as many such weapons, which, if received, can be used for their intended purpose.

The production of B61 thermonuclear bombs started in 1966, after which for a long time the US Air Force received weapons of various modifications. Thus, the operation of such weapons has been going on for half a century. By upgrading to the new B61-12 project, the product life will be extended for another two decades. Due to this, new versions of tactical bombs will remain in service, at least until the early forties. What consequences for the situation in the world and international relations will have such a rearmament of the US Air Force - will be known later.