January 7 2012
5
On April 9, 1960, an U-2 U.S. reconnaissance aircraft was launched from an airfield located in Pakistan near the city of Peshawar. Having gained a height of about 20 kilometers, he crossed the border of the USSR south of the city of Andijan. Then the scout went to four particularly important objects of the Soviet Union: the Baikonur cosmodrome, the Sary-Shagan missile range, the Semipalatinsk nuclear test site and the distant airfield aviationlocated in Chagan. The air spy managed to shoot all the objects and safely return abroad. After this incident, the leadership of the USSR decided to close this area in order to prevent the recurrence of such flights. 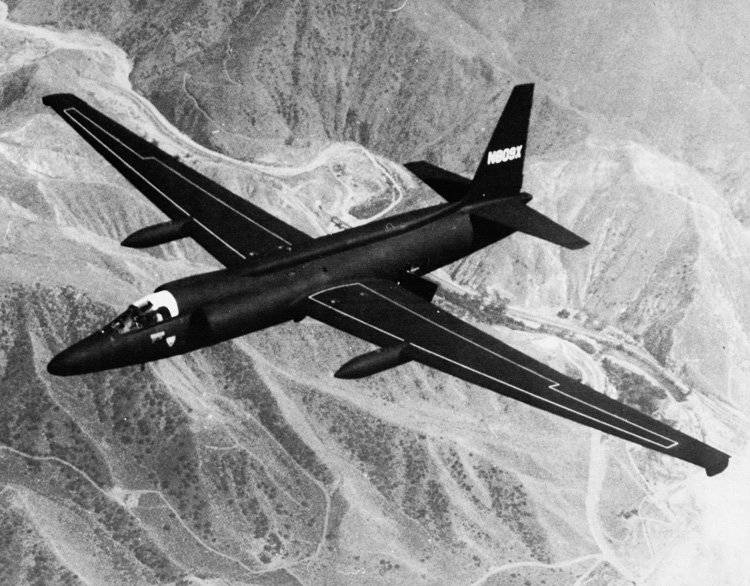 On April 19, an alarm was raised by one of the air defense units - the anti-aircraft missile regiment of the military unit 62872. Fulfilling an order for redeployment, the regiment left its position near the city of Barnaul and settled in echelons. April 21 is in service with the equipment and personnel arrived at the Chagan station located near Semipalatinsk. The headquarters were located in the military town of the pilots, and the divisions went to the steppe, where they were stationed in prepared places.

Anti-aircraft missile systems were put on combat duty, thus closing the airspace near the Semipalatinsk test site and the Chagan base of strategic bombers. During the preparation of the equipment for combat use, officers and soldiers spent the night in the cabins of the missile and vehicle guidance stations, and later a tent camp was set up.

1 May 1960, the regiment raised the alarm. This happened on 5: 30 in the morning, after the intrusion aircraft was detected by radar reconnaissance and targeting radar stations. It was an American U-2. The aircraft was operated by Francis Powers (it was him who was exchanged in Berlin on the 1962 for Soviet intelligence officer Rudolf Abel). The plane flew west of the Semipalatinsk test site at a distance of about 300 kilometers. Penetrating far into the territory of the USSR, he was shot down near Sverdlovsk. After that, the Americans stopped further flights of their reconnaissance aircraft, and the rocket officers continued combat duty in new positions. For many years they guarded the airspace near the Semipalatinsk test site and the Chagan airfield.

The locations of the missile complexes were chosen in view of ensuring reliable cover for the object they were guarding. However, if for air defense compounds around there was an ordinary steppe, the leaders of the test site considered it as a field for testing nuclear weapons. Each department performed its task, but no one considered it necessary to warn people about the danger to their life and health.

Already in the fall, military builders built barracks and residential buildings at the divisions' locations. The officers were allowed to transport their families here, and later earned a nuclear test site. Soon the rocket men realized what it meant to them. 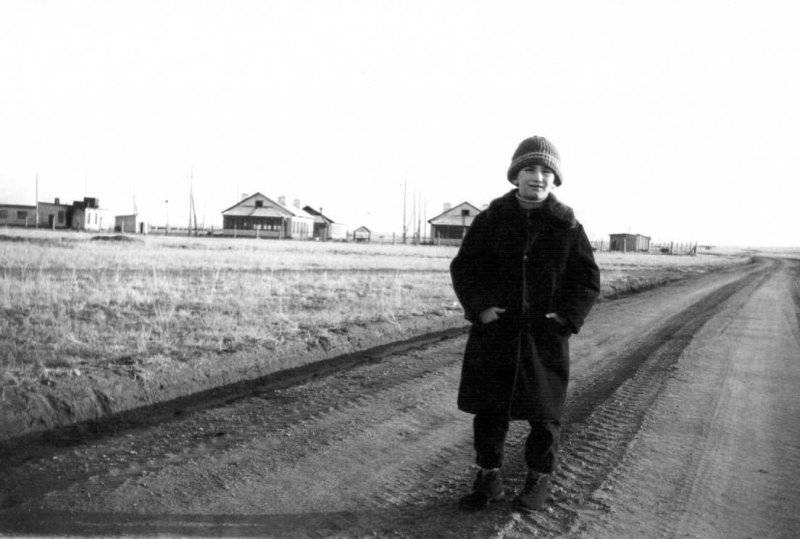 From the memoirs of Alexander Kursakov, the son of one of the officers who served in the fifth anti-aircraft missile division and who first held the position of guidance officer, and then battery commander and deputy division commander, the Thirtieth site of the Semipalatinsk test site became its location. It was located on 30 kilometers south-west of Kurchatov and just 18 kilometers from the site Sh. Immediately behind the site was the famous Experimental Field, which at that time exploded aerial and ground nuclear charges. It was the site Sh that was the nearest settlement for the military division, but people were taken out from there before the explosions, leaving only observers stationed in special shelters.

Before the arrival of the military no one lived on the Thirtieth site, there was only a dosimetric reconnaissance equipment. It was the rocket men’s families that became the first civilian population there. Now these facts cannot be remembered without a shudder: how did a civilized country decide to lodge its citizens in nuclear test sites?

But at that time the country's leadership was pretending that this was absolutely normal. And in the future in general, renounced their participation in these terrible events.

The personnel of the anti-missile battalion are 60 soldiers, around 10 officers. To these should also be added civilians, women and children living in the territory. Also there is a missile guidance station, a launching site with launchers, a storage for rockets, garage boxes for cars, four residential officer houses, four apartments each, several utility rooms. The territory is fenced with barbed wire, beyond which the steppe to the horizon. The rocketeers called the place of their deployment "point".

In the 1961-1962 years, even before the ban on nuclear explosions in the atmosphere, the most powerful series in the world was conducted on the territory of the Semipalatinsk test site, 72 thermonuclear explosive devices were put into action. Sometimes there were several explosions a day. 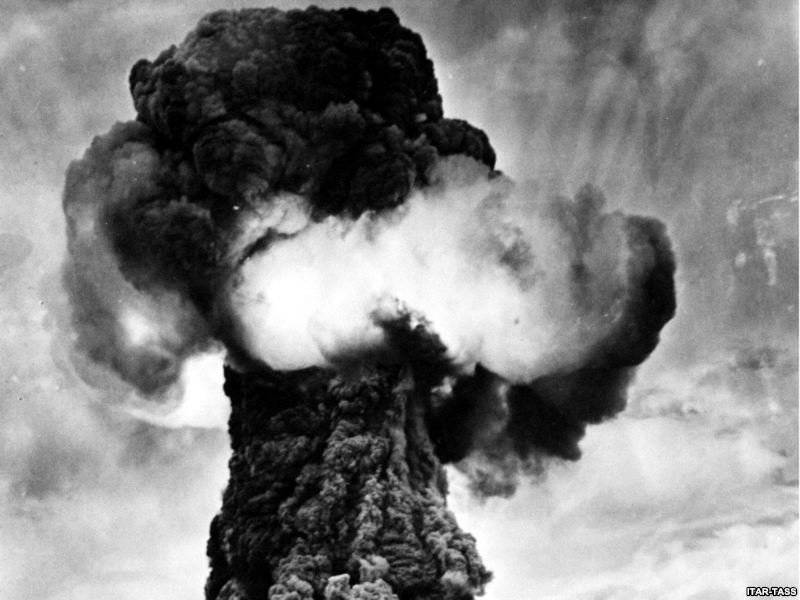 Accompanied by two fighters, an aircraft carrying a nuclear weapon entered the dumping site. The moment was controlled by the missilemen, the indicator on the guidance board showed how the target (the plane with the nuclear charge) was divided, which signaled the bomb dropping. After that, all the equipment was turned off, as it could destroy the electromagnetic pulse during the explosion. The epicenters of the explosions were located around the platform III wide arc. Kursakov recalls that the closest explosions to them were carried out in 18 kilometers, distant ones in 40-50. This was fixed by means of objective control placed in anti-aircraft missile systems.

Families of officers received prescriptions for the duration of nuclear explosions. So, they had to leave the windows and doors open and move away to a safe distance from the buildings. Kursakov recalls that the sky above the platform W literally flashed during the explosion. A bright, blinding light appeared over the steppe, then it was quickly covered by a cloud of clouds of fire. Later, a blast wave came, which shattered glass in homes and almost knocked off feet. After the children, their mothers, who were observing this, thunder rolled, according to Kursakov, “landslide, rolling”.

The mushroom, according to Alexander, was not very long, the leg fell off, the cloud gradually floated away and dissolved among the many "peaceful" clouds. He also told that piles of broken glass constantly lay near the walls of the houses after the explosion. They were collected and thrown away, but after a day or a month everything was repeated again. There were days when the explosions came one after another.

He also told that at the “point” the radiation level was extremely high, but the staff dosimeters of the military did not record anything, and the military simply did not know about the existence of radiation. Panic at the dose of radiation, which can be measured in micro X-rays, has appeared already in our time. And the dosimeters used by the Soviet military showed only X-rays. For them, thousands, or even tens of thousands of microroentgen, were a small amount.

However, the presence of radiation was felt by all. Kursakov recalls that any, even the smallest scratch, excreted lymph for several days. There were frequent cases of loss of consciousness among the soldiers. Bleeding from the nose has become very common. Most of the people living at that time on the “points” had permanently undermined their health. Until now, many have wondered that the presence of the military can still be explained, but why did they send children and women to it?

It was then, according to Kursakov, that he had a sense of danger, from which it was impossible to escape. No photos can convey the feeling of fear that arose at the sight of the explosion live. Even now, dosimeters are ringing on the shores of lakes that have arisen after the explosions, and pieces of molten rock are found around.

However, until now, missilemen who served in the Irtysh steppe do not belong to special risk units. Do not recognize them as victims of nuclear testing. The authorities have done everything to hide from the public the fact of the existence of “points”. As Aleksandr Kursakov says, the officials whom they are trying to tell about the responsibility of the state to the citizens who left their health at the testing grounds either don’t want to hear about it at all or start laughing: “This simply could not be!”
Military Reviewin Yandex News
Military Reviewin Yandex Zen
5 comments
Ad