Basurin: VSU is being dragged to the line of contact “Grads” and “Acacia”

August 1 2016
58
APU transferred to the Donbass of the MLRS "Grad", self-propelled "Acacia", as well as vehicles with ammunition, reports RIA News the message of the deputy commander of the operational command "Donetsk" Eduard Basurin. 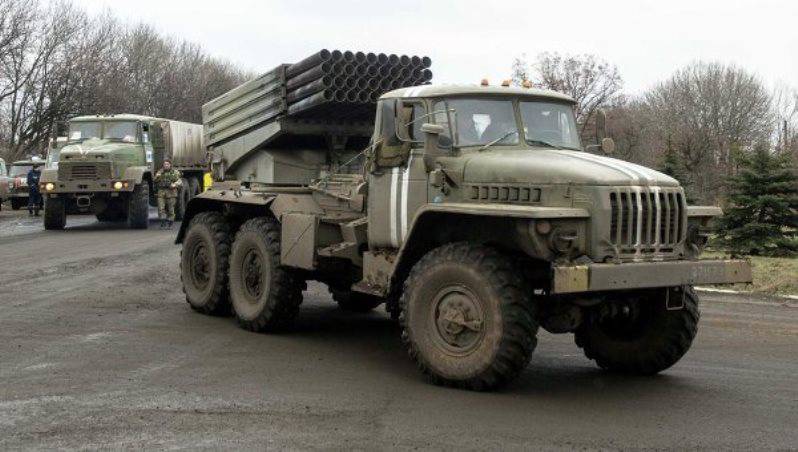 “We continue to fix the strengthening of the enemy grouping in violation of the Minsk agreements. So, in the area of ​​the village Kalchik, the arrival of two MLRS "Grad", three units of ACS "Acacia", eight units of automotive vehicles with ammunition, four units of infantry fighting vehicles, ”said Basurin.

He also said that within a day the Kiev security forces had fired around 800 mines and shells across the territory of the DPR.

“Over the past day, the number of attacks was 817 times. The enemy inflicted massive artillery fire on the settlements of the republic, firing 28 artillery shells with caliber 122 and 152 mm, 739 mines with caliber 82 and 120 mm, as well as 11 tank shells. In addition, the shelling was conducted from infantry fighting vehicles, grenade launchers and small arms weapons"Told Basurin.

According to him, the fire was conducted in Gorlovka, Donetsk, Kominternovo, Yasinovataya and Sakhanka.

“As a result of shelling of the Kuibyshev and Petrovsky districts, 14 houses were damaged. As a result of another shelling, Zaitsevo was seriously wounded by a civilian 1958 of the year of birth, ”the command representative added.

The increase in the number of shelling, in his opinion, is connected with the attempt of the Ukrainian Armed Forces to provoke the militia to return fire.

“These provocations from the side of the Armed Forces of Ukraine are timed to the upcoming next talks in the format of the Norman Four,” said Basurin.