August 1 2016
53
From Yemen comes the information that the militants representing the Salafi movement, close to al-Qaeda, conducted a kind of action to intimidate their opponents. This action consisted in the fact that the terrorists blew up the ancient mosque. According to experts, the mosque was built in the XVI century. It is reported that the organizer of the explosion of the mosque was one of the leaders of Al-Qaida in the south-east of Yemen, Abu al-Abbas.


Attention is drawn to the fact that the so-called Salafis are fighting on the side of the current Yemeni government against the Houthis. The occupation forces of Saudi Arabia and other monarchies of the Arabian Peninsula are actively supporting them in this.

The explosion of an ancient mosque, organized by the Islamists, once again suggests that these people have nothing to do with Islam. 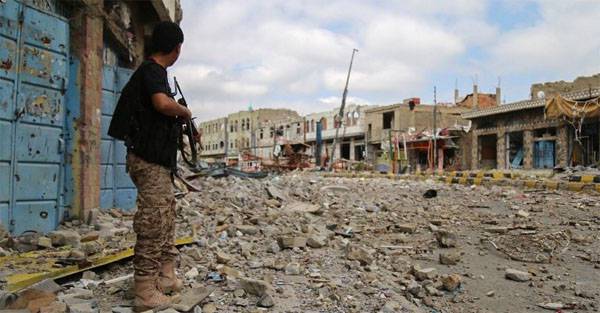 Against this background, the statement of Pope Francis, who called for not identifying Islam with terrorism, looks very relevant. After a series of terrorist attacks launched by Islamists in Europe, it is precisely to this identification that a considerable part of European society is slipping.

Words Francis leads news agency Reuters:
I can't talk about Muslim violence. Every day, opening newspapers, I see violence here in Italy. Someone took the life of his girlfriend, someone - mother-in-law. And these are baptized Catholics. It turns out that if we talk about Muslim violence, then we need to talk about Catholic violence.
According to the head of the Roman Catholic Church, the ideology of enrichment is at the head of terrorism. Francis notes that such an ideology has money in the center, not a person, and that it is this ideology that leads to the degradation of civilization.

Photos used:
The Times of Israel