One of the first decrees that Peter I issued when forming the first Russian regular army was an order from 1 of August 1700 of the year to establish the Provisional Order, the progenitor of the modern rear service. This supply agency was in charge of supplying grain, grain and grain to the army, and provided centralized food supply for the troops. On the same day, on the basis of the royal decree, a “Special Order” was established, which later became known as the Military (sometimes it was also called the Commissariat). It was entrusted with the supply of Russian regiments with equipment, uniforms and salaries (the army’s allowance), as well as weapons, horses and carts.

Already in the 1711 year, by decree of Peter I, all the supplying bodies became part of the active Russian army. In her field office, a commissariat was formed who was in charge of all types of supplies, including food and fodder. In the divisions, the organization of supply was entrusted to the chief commissioners and the chief commissioners, and in the regiments, the provisionmaster and commissioners, respectively. In this case, the Russian regiments acquired their own military economy. 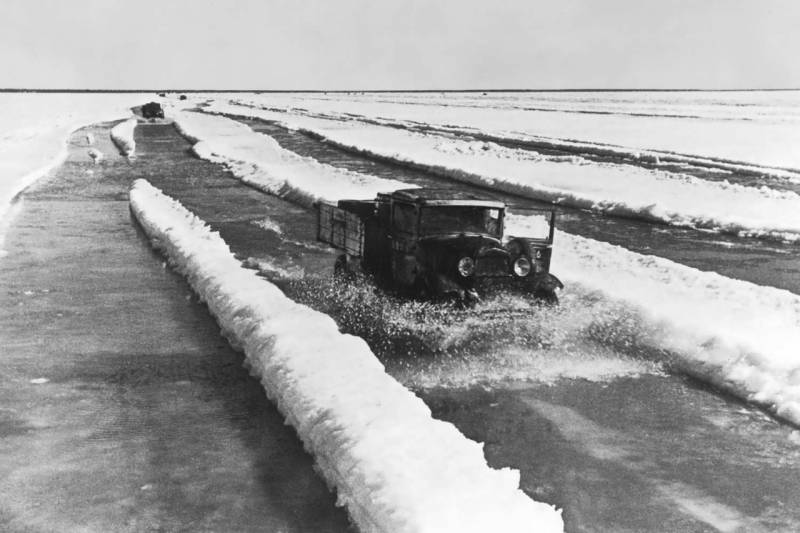 The structure of government bodies that was formed in the first quarter of the 18th century and the experience of supplying the army in 1716 during the Northern War was consolidated in the military regulations. Responsibility for providing troops was assigned to the commander of the army (Field Marshal General), and the direct management of its supply was entrusted to the general krigs commissar. His duties included, in particular, the supply of army units with clothing, money, supplies, horses and weapons. Medical support for military personnel was carried out: in the army - a doctor with senior generals, in divisions - a doctor and headquarters doctor, in the regiments - a doctor, and in a company - a barber (paramedic).

The first in the history of the rear directors of the Russian army were the military and statesman Sergey Yazykov, Field Marshal Stepan Apraksin, Quartermaster Andrei Abakumov and others. Over the past centuries, the formations, units and institutions of the rear have gone through a rather complicated path in their development. At the same time, the rear service was reorganized many times, and its status changed. This state of affairs continued during the times of the USSR, right up to the start of World War II. In war conditions, the lack of a unified management of all services of the rear led to disunity and, as a consequence, inconsistency of actions. The rear structure existing at that time in the Soviet Union did not meet the requirements of the war. At this very important moment for the whole country, on the initiative of Lieutenant General (later Army General) Andrei Khrulev, a centralized rear system was formed.

And here again the date comes to the fore - 1 August. 1 August 1941 Supreme Commander Joseph Stalin signs the order of the People's Commissar of Defense of the USSR "On the organization of the Red Army Red Army Office ..." It united the headquarters rear headquarters, as well as the road administration, military communications headquarters and the inspection of the Red Army rear commander . In addition, the post of head of the rear of the Red Army was introduced. In addition to the Main Directorate of the Spacecraft’s Logistics, the Fuel Supply Directorate, the Central Directorate Directorate, and the Sanitary and Veterinary Administration were also subordinated to the rear commander. Lieutenant-General Andrei Khrulev was appointed head of the spacecraft rear. 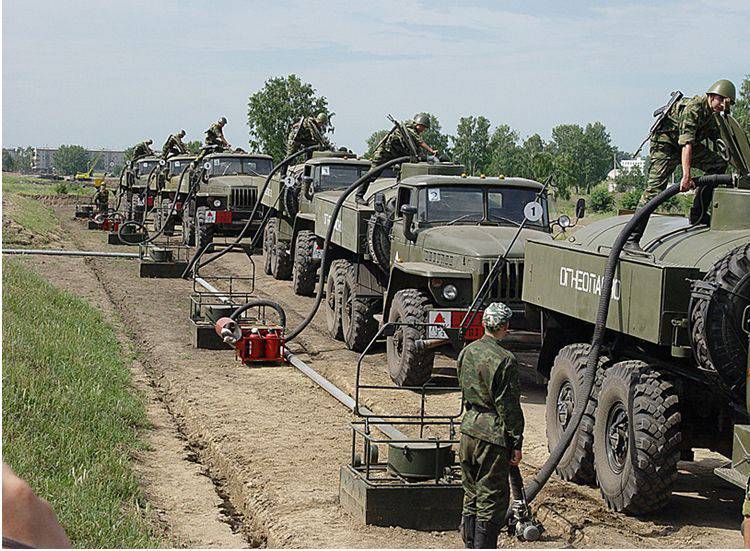 After the Great Patriotic War, as the country's economy developed, as well as changes in the organizational structure and technical equipment of the armed forces, the development of military science and technology, further improvement of the rear forces took place. With the formation of the Armed Forces of the Russian Federation in May 1992, their rear was formed, and the appropriate organs and elements of the rear infrastructure of the Armed Forces of the Soviet Union became the basis for it. In February, during the military reform in Russia, 2008 began the transformation process in the logistics structure. In particular, a unified Logistics System (MTO) of the Armed Forces of the Russian Federation was formed.

The Logistics System is a vertically built management structure that is ranged from the central apparatus to the troop level. In the end, structures that are designed to provide the armed forces with all types of material resources, as well as to organize the operation, repair and maintenance of weapons and military equipment, transport in the interests of the armed forces with all types of transport and service facilities and transport communications were united under a single leadership.

Veterinary and sanitary control of food, fire protection at the facilities of the Ministry of Defense of Russia and measures to protect the environment also fall within the scope of the MTO services of the Armed Forces of the Russian Federation. At the present stage of development of the armed forces, the structure of the central office of logistics has included: the department of planning and coordination of logistics; transportation department; Resource Support Department; Department of maintenance and provision of utilities of military units and organizations; Main Rocket-Artillery Directorate, Main Armored Directorate; General Directorate of the Head of the Railway Forces; Metrology Directorate of the Armed Forces of the Russian Federation. 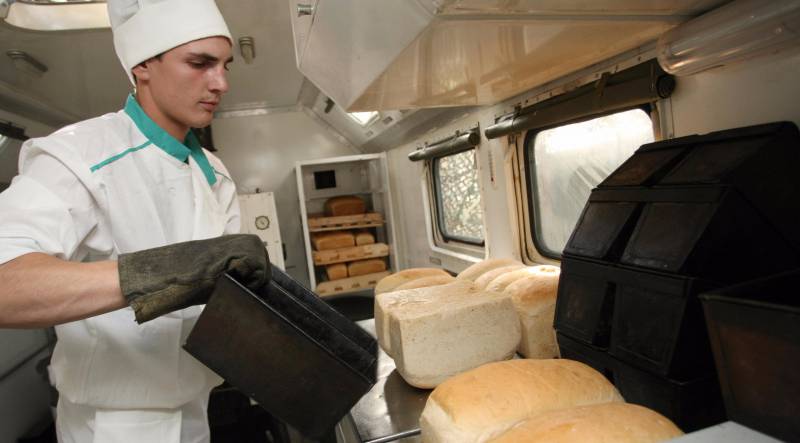 As they like to say in the rear, there is no victory without the rear. Any military man, whether he is a sailor, rocket, tanker or infantryman, is ready to subscribe to this phrase. The state of the foundation on which any army, including the Russian army, depends today, depends on the quality work of the logistics units.

Heating of buildings and fire safety, control over personnel supply and provision of uniforms, maintenance of a vehicle fleet and storage of ammunition are only part of the various tasks that rear units today are solving. In Russia, more than 100 000 tons of ammunition are spent on only one combat training of the army each year; at least 700 000 tons of food are consumed to feed the personnel of the RF Armed Forces. For all this, the specialists of the rear service. It is worth noting that they get up before anyone else, and the release for them can be heard only when the whole part is already asleep. The Logistics structure formed in Russia is one of the most important elements of the country's armed forces, which is responsible for ensuring the daily life of the army and navy in peacetime and wartime. 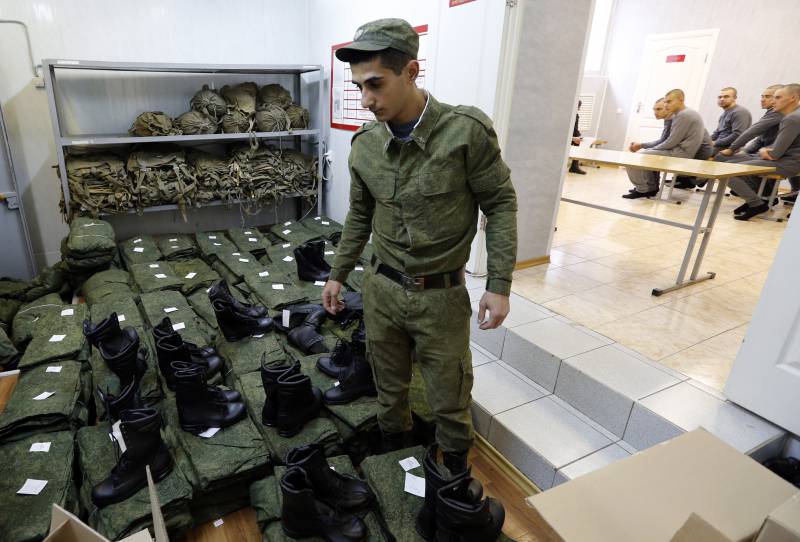 Ctrl Enter
Noticed oshЫbku Highlight text and press. Ctrl + Enter
We are
The action “Military service under the contract is your choice!” In Rostov-on-Don: future contract servicemen, exhibitions and “Russian Knights”August 1 marks Day of the RF Armed Forces
Military Reviewin Yandex News
Military Reviewin Google News
19 comments
Information
Dear reader, to leave comments on the publication, you must sign in.