August 1 2016
111
The perennial Russian ambassador to Kiev, Mikhail Zurabov, was dismissed. In general, the replacement of the ambassador in the country is a standard move, it is well known what it is theoretically connected with. However, the fact that Putin moved this political pawn agitated our and the world community. All comments have already been made, the nuances have been considered: the only Moscow thread with Poroshenko, which was Zurabov, has been torn off. Moscow will change the policy in Ukraine! .. 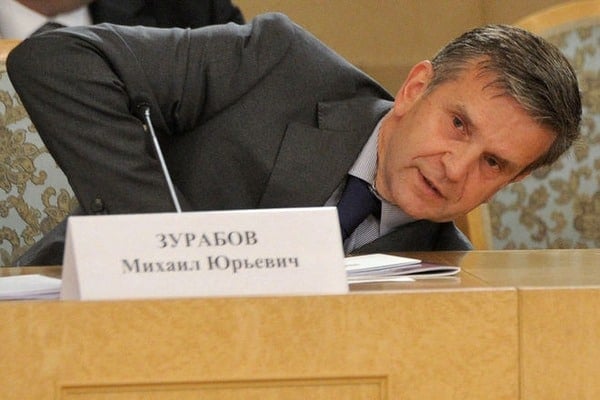 So, what is next? Everything's possible! Political forecasts break off on a high note ...

Most likely, Putin himself does not know what will follow next. It is important here that the “move by Zurabov” was made after a long pause, that is, after long reflections on the current situation, therefore, it can really become a pebble that will cause an avalanche.

Before Zurabov’s resignation, which had been long awaited, on which he himself insisted, there was a noticeable deterioration in the situation with Bandera. Political analyst Vadim Karasyov, who is close to Poroshenko, says that there is a parity between the parties of “war” and “peace” in Kiev. In other words, it is a split, an internal political crisis, which could result in a new coup d'état, about which too many people in Kiev speak. Or in the resumption of war, as a way to solve the internal confrontation.

Vitaly Churkin, Russia's plenipotentiary to the UN, made an official statement that the Armed Forces of Ukraine are preparing an offensive in the Donbas. As far as it is prepared, it’s not even important, the other is important - it will be a demonstrative breakdown of the Minsk agreements. Some observers even named the date for the resumption of the war in the Donbas - 1 of August. On the eve of these possible complications, Moscow makes an outwardly simple move - it moves the pawn of Zurabov.

By the way, there is no Bandera Ambassador in Moscow for a long time, Washington sent ambassador Jeffrey Payette from Kiev to retire “the patriot of embroidery”, but Zurabov’s resignation is no match for him, of course. His successor should be Mikhail Babich, the plenipotentiary of the Russian president in the Volga region, a man by descent from law enforcement agencies. This is the opposite of Zurabov, and, it seems, Poroshenko’s ultimatum.

There are voices in Kiev that Babich will not be given an agrement, but Putin, sending them an ambassador with a too obvious track record, is pushing Poroshenko to make such a decision. This can lead to a de facto rupture of diplomatic relations, and Kiev will break them, that is, the blame for this gap will fall on the Bandera regime. After that, Poroshenko can be offended only at himself ...

In fact, Putin has thrown Poroshenko a grenade, in the form of Mikhail Babich, and will look at how he will get out of this situation ... Babichu will give aggression or not - we do not know today. But this decision will be of great importance for the development of the situation in the former Ukraine.

Moscow is clearly unleashing its hands on the case of any version of the development of events in the Donbas, opens up all possible options for action, right up to the most decisive. Their list is very large: from the introduction of any sanctions for the failure of the Minsk agreements to the recognition of the Kiev regime of Bandera-Nazi, with all the ensuing consequences.

Do not forget about the latest report of Ivan Shimonovich, UN Assistant Secretary General for Human Rights, in which a new aspect was heard: the Bandera regime is directly accused of massive human rights violations, abductions of the SBU, torture and murder, and the creation of secret prisons. Dossier Shimonovich can serve as an accusation Bandera, if there is a political will, and the relevant international situation.

Do not forget about the appearance of the prospect of "the name of Bandera" in Kiev - this is an indicative, obvious reason to accuse the Kiev regime of reviving the Nazi ideology. And Poland will help us, in this case.

With the resignation of Zurabov, Russia is discovering a carte blanche in Ukraine, an “open sheet” in which you can write anything you like, depending on the current situation, depending on how the opposite side behaves in the near future: resume the war, or lie low in the caches?