Balbek: in the Kherson region there are training camps supporters of the IG

July 30 2016
50
Islamic radical training camps are concentrated at the northern borders of the Crimean Peninsula, reports RIA News statement of the Deputy Prime Minister of the Republic Ruslan Balbek. 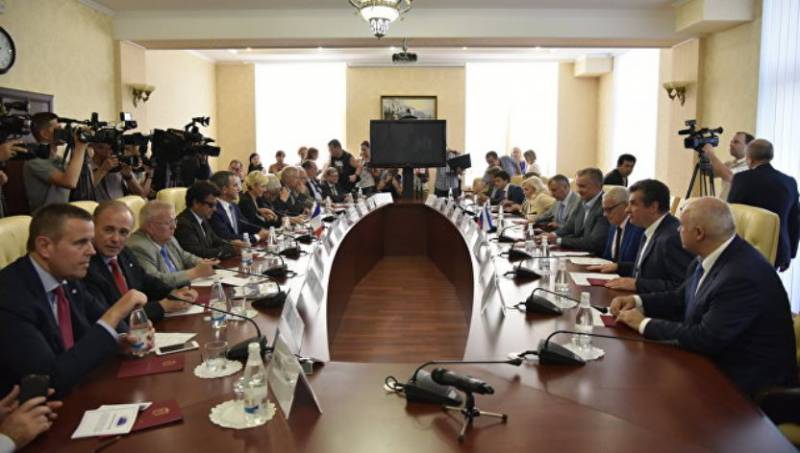 French deputies at a meeting with the government of Crimea

“We are aware of training camps in the Kherson region of Ukraine, in which supporters are trained. We are extremely worried that the Ukrainian side, in exchange for anti-Russian actions, allows Islamic radicals to participate in illegal actions in the Kherson region and form parallel power structures ",
said the deputy prime minister during a meeting with French deputies.

“It is disturbing that nuclear power plants that are located on the territory of Ukraine can become an object of blackmail by the Kiev authorities on the part of the radicals, which brings security issues, both in Europe and Russia, to a general level,” he added.

Recall, on Friday, a delegation of French parliamentarians headed by deputy of the national assembly Thierry Mariani arrived in Crimea.