July 29 2016
82
The Estonian authorities have thought to send a note about the publication in one of the largest information publications in the Netherlands. We are talking about an article by the Dutch journalist Peter Waterdinker, who published an article about Estonia and Estonians in the newspaper De Telegraaf.


In his article, the Dutch reporter informs readers that Estonia is a modern country in the east of the European Union, characterized by a high level of digital industry penetration into the life of the local population. According to Waterdinker, Estonia is popular with tourists from around the world. It would seem that Estonians should be happy for such advertising of the country in the leading Dutch newspaper. However, further Waterder, to put it mildly, does not quite compliment the citizens of Estonia.

According to Waterdinker, who have replicated all of the leading Estonian publications, including Postemees, Estonians - "underdeveloped nation." The article “De Telegraaf” reports that Estonians criticize the European Union on a whole range of issues, including the issue of refugees.

Waterlinker:
Instead of giving the European Union a leverage in a difficult moment, Estonia, like some other Eastern European countries (Slovakia, Poland), enjoying the benefits of the EU, is increasing its criticism of the European Union.

The article cites the opinion of businessman Bart Westerhout from the Netherlands, who states that Estonians should be ashamed of their position:
They demand protection from NATO, they receive hundreds of millions of euros of aid from Brussels, but in return they do not do anything useful.

Against this background, the Estonian Defense Forces announced a new phase of “defensive exercises” together with their colleagues in the North Atlantic Alliance. 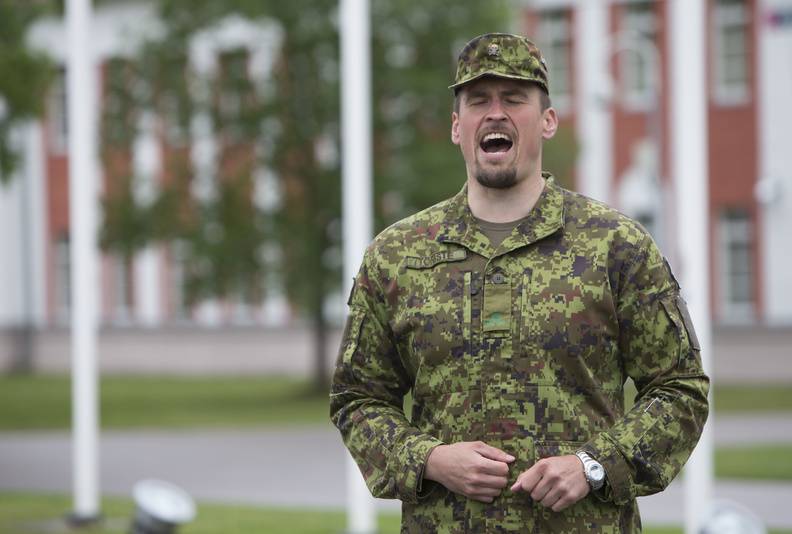 We urge to be vigilant when collecting mushrooms and berries in the area of ​​military facilities. Citizens need to follow the information on special stands and not go into areas marked with red flags.