Named a new threat to the EU: Poland

August 1 2016
23
Adam Twardowski, a researcher at the Center for New American Security, explained to the world community that Poland is pursuing a “non-democratic policy” that threatens the integrity of the European Union. And even Brexit is not as bad as the EU, as other tricks of Warsaw. 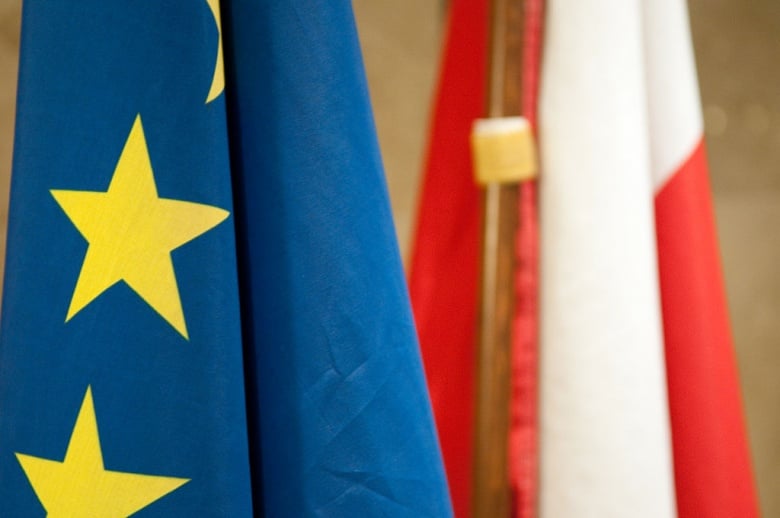 As recalled in an article for the magazine "The National Interest" Adam Twardowski (Adam Twardowski), a researcher at the New American Security Center (Center for a New American Security), in 2015, Poland enjoyed a large (first syllable) influence in Europe than “at any other time in its stories". Reforms have passed, the economy of a densely populated country grew, and Poland eventually became the eighth economy in Europe. At the same time, Poland was not considered a state that was prone to military rhetoric and a great power strategy. And not without reason earlier, in 2014, a symbolic gesture was made: the Pole Donald Tusk became the President of the European Council.

However, now everything has changed: that island of “political and economic stability”, which Poland considered in the EU, suddenly “gave its vote”. Yes, even in a way that has never been done before.

The actual leader of Poland, as the author hints, is now Jaroslav Kaczynski. Poland slipped into the EU "into the background" because the rule of law in the state is not respected. The ruling party has attacked the Constitutional Court itself! Moreover, Polish politicians have managed to spoil relations with the most important neighbor for the country - Germany.

The reputation of Poland as a reliable European partner was "stained." And no wonder: the new state leaders refused to cooperate with the EU on migration and climate change issues. Even the US President Obama, speaking at a joint press conference with the President of Poland Andrzej Duda during the recent NATO summit, called on Poland "not to undermine democratic achievements," reminds the expert.

After all this, the viability of democracy in Poland was called into question. And this happened to Poland for the first time since the end of the Cold War.

True, the attention of observers from the EU today is focused on the UK decision to leave the EU. Therefore, the Polish political demarche is not the main topic of political debate.

But the European Union is much more likely to degrade and split if its norms start to question not the old-timers like the UK, but those who joined about a dozen years ago (while the EU incurred considerable consolidation costs). The success of the EU depends not only on open trade and free movement of people, but also, according to a common belief, on the overall priority of the rule of law.

Poland offers euroskeptics a certain “more attractive way” than Britain, the author believes. If the EU, which had previously failed to cope with the demarche of Viktor Orban in Hungary, does not take into account the deviations from the democratic norms of Poland, then the European skeptics may try to achieve some serious concessions from the European institutions by denigrating the EU norms. Due to this, they will benefit from membership.

Hungary is a rather “modest case”, but Poland is much larger in population, and it could become a model for European skeptics who would cheer up, feeling unwillingness of the EU top to enforce the rule of law. If this happens, the purpose of the EU will be undermined much more thoroughly than by Brexit.

Adam Twardowski touched the United States. Washington has a number of “real interests in the field of national security,” which can directly affect the departure from democracy of Polish politicians. Perhaps, of course, these deviations will not be so great, if we take into account many other issues that America faces around the world. And at the same time, it is impossible not to point out that the United States has long invested in the success of European integration. In addition, the desire of the new Polish government to strengthen relations with Washington gives the latter "significant levers" of influence.

The decision of President Obama to criticize the deviation from democracy of Poland at the NATO summit, the analyst believes is rational action. In his opinion, the United States should combine such criticism with continued diplomatic pressure. The “tragically erroneous” course of Poland must be adjusted.

What do Russian analysts think on the Polish-European topic?

Senior Researcher at the Institute of Slavic Studies, Russian Academy of Sciences Vadim Volobuyev, an expert on Poland, said in an interview "Free Press"that Warsaw today is a big problem for the European Union. However, the EU had similar problems before. Brussels faced, for example, the victory in Austria of Jörg Haider (an ultra-right politician, leader of the Austrian Freedom Party, who died in a car accident in 2008). Another example is Viktor Orban in Hungary. His expert considers, in a political sense, the twin brother of Jaroslaw Kaczynski, who “taxis” in fact in Poland.

At the same time, Volobuev recalls that Poland, Hungary and the Baltic States are a kind of outpost, and the heart of the European Union are France, Germany, Italy and Spain. “And while we do not see,” the expert noted, “so that something in this sense threatened them.” Even if Poland comes out, which, of course, is extremely doubtful. ”

“The Poles do not want to leave the European Union, they just want to adjust the EU policy somewhat,” Volobuyev believes. “For that matter, the same Kaczynski and his Law and Justice party consider themselves more consistent Europeans than, so to speak,“ old ”Europe.”

The fact is that the ruling Polish party follows the views of the late Roman Pope John Paul II, the Pole Karol Wojtyla. This pontiff said that the unification of Europe should not be reduced only to a political process: the unity of Europe is based on Christian values. And from this point of view it is inadmissible, the expert noted, that something threatened by these Christian values ​​- say, the influx of migrants.

The expert also recalled that John Paul II could not be suspected of Euroskepticism, since he was an enthusiast of European unification.

What awaits Poland in the future, the expert does not undertake to predict. The citizens of the country themselves handed the political carte blanche to the Law and Justice Party. The analyst noted only that the situation in Poland is "restless."

In the meantime, we add, Warsaw continues to put pressure on Brussels in some way, demonstrating the precariousness of the European Union.

She noted that the EU “should raise the topic of mandatory changes and reforms in order to meet the expectations of Europeans” (read to meet the expectations of Poland). Shydlo also did not fail to say that Poland respects the "sovereign decision of the British people." She added: “We will not set any conditions if we are talking about the UK’s commencement date of the formal exit procedure from the EU”.

“We” is Poland. And in Brussels, they did not find even words for comments.

Warsaw has really become a “threat” for the European Union. But Kaczynski and Duda still have a few years ahead ...