The program "Super-30" and strategic equilibrium in the IАТР. West recedes into the background 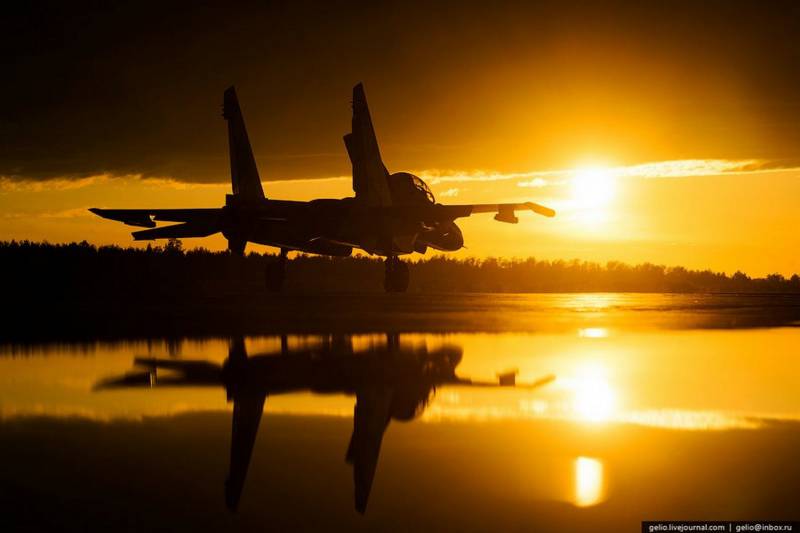 Having won the legendary 2012 in January, by the standards of all well-known defense contracts, the Indian MMRCA tender for the production and supply of Delhi 126 multi-purpose Rafale fighters, the French company Dassault Aviation continues to “tackle the problems” associated with promoting vehicles The composition of the Air Force of India. These difficulties are primarily associated with the high cost of the aircraft, which reaches 200 million dollars per unit, while the unique characteristics of the “Rafali” will no longer surprise their potential customers in the 21st century. Despite the high angular speed of the steady reversal in close combat, providing excellent "energy" maneuvering, the ability to fly with high angles of attack and high thrust-weight, these planes completely lose to competitors in maximum flight speed (the "Rapha" is no more than 1900 km / h ), as well as in the implementation of super-maneuverability modes available to fighters with an OVT system (Su-30MKI, Su-35С, F-22A Raptor and various versions of the MiG-29).

From licensed production of 108 Rafales in India and the direct purchase of 18 aircraft from France, Dassault slowly slipped into order for one air regiment of 36 aircraft, the delivery of which looks ridiculous against the background of the Indian-Russian FGFA program, as well as numerous contracts of the Company Company Sukhoi ”for the supply of multi-role fighters of the Su-27SK and Su-30MK2 / MK2 / MKV / MKM family to China, Vietnam, Venezuela and Malaysia. While the French continue to push the price of their Rafales, linking it to the provision of additional services and warranties, the Indian Ministry of Defense is focusing its efforts on the deep modernization of more than 230 Su-30MKI super-maneuverable fighters, as well as on the production of Tejas light tactical fighters. The latter, possessing a modern 4 ++ generation avionics and encouraging flight performance, will fill the empty "multi-day" fighter cell "for every day", into which 126 Rafale was supposed to be added, and the updated Su-30MKI will hang even more threat fleets and the air forces of neighboring Pakistan and China, being the main instruments of military-political pressure.

The program "Super-30" provides for a comprehensive modernization of the Indian Su-30МКИ to extend the operating period to 2040 year. According to Indian media reports, Russian-Indian consultations on the organization and timing of the commencement of work on the Sushchek update package have now been resumed. Despite the fact that the machine has been working on X-NUMX for more than 5 years, the Super-30 program has not yet been implemented in the hardware of even one Su-30MKI.

The current increase in interest from the Indian side to the program is connected at once with several circumstances: the emergence of the PRC tactical fighter generations "4 ++ / 5" (Su-35С, J-10B, J-11B, J-15S, J-20 and J-31) , adopting 3 Pakistani Air Force ZDK-03 Karakoram Eagle airplanes of the Chinese CETC corporation, concluding an 75 million contract to modernize the Pakistani F-16A / B fleet to F-16C / D Block 52 with the possibility of using long-range targets. 120D, as well as the end of the acceptable service life of fighter-bombers Ikov MiG-21 and MiG-27. As is known, cases of air crashes involving the MiG-27 have become frequent in India due to problems with the power plant - the R-29-300 TRDF. From 2001 to June 2016, the year was lost over 20 machines. More than 120 MiG-27 is subject to immediate cancellation, which forces the Indian Air Force to close this gap sooner by upgrading the Su-30MKI.

“Super-30” will make the most perfect double out of the usual “thirty” aviation transitional generation complex. It is planned to upgrade the airborne radar system by installing a new radar with an active headlamp. The current Bars N011M radar with VFAR, in conjunction with R-27ER / EM, R-77 (RVV-AE) air-to-air missiles or Indian Astra in the version with a ramjet engine, allows you to win long-range air battle with fighters such as Typhoon, Rafal, F-16C Block 52/60 and F-15E with standard weapons in the form of missiles MICA-EM / IR and AIM-120C-5/7. At the same time, when the enemy uses longer-range missiles (MBE “Meteor” and AIM-120D), the risks for Su-30MKI pilots increase many times, as well as in air battles with modern Chinese J-15S fighters. The Bars range of 165 km for targets with an EPR of 3 m2 is already completely insufficient for complete control of the air situation in which fighters with EPR within 1 m2 operate (Super Hornet, F-35A), while the EPR itself Su-30MKI reaches enormous values ​​of 10-15 m2, which makes it possible to detect “Sushka” at a distance of 180 to 220 km (for such radars as AN / APG-79/81 / 83SABR or CAPTOR-M and RBE-2) .

The radio-transparent fairing Su-30MKI has an internal diameter of more than 900 mm, which is absolutely acceptable for installing most modern radars with PFAR or AFAR with increased energy capabilities and resolution. This can be either the “Irbis-E” or a simplified modification of the D-121 radar, which can later be used also in the weapon control complex of the advanced FGFA fighter.

The new radar will be able to detect Pakistani F-16C Block 52 at a distance of 270 - 300 km, and Chinese stealth J-31 and under construction under license J-11B - 200 and 400 km, which will make it possible to start DVB simultaneously or even earlier than it will make the enemy. Obviously, in accordance with the Super-30 program, the Indian Thirty can receive a package of reduced radar visibility, expressed in the use of structural elements made of radio absorbing materials, as well as the use of radio absorbing coatings according to the method implemented in the glider of the Su-34 fighter-bomber (radar signature reduced to 3,8 — 5 м2 in frontal projection). It is likely that a smaller cross-sectional area of ​​the Su-30MKI cab will allow achieving ESR within 2-2,5 м2. 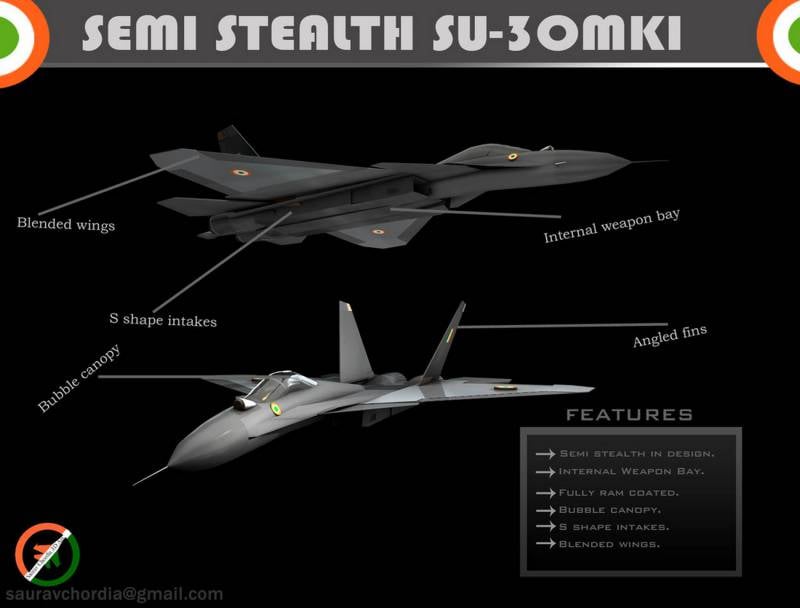 One of the proposed options for upgrading the Su-30MKI airframe in accordance with the Super-30 program (published on the Indian Internet): 20-degree camber of stabilizers, horizontally oriented air inlets, internal armament compartment between air ducts and nacelles, as well as a drop-shaped torpedo lamp for reduce ESR. The idea is certainly good, but for its implementation in the “hardware” 272 Indian “Dryers” will require several billion dollars (not counting the replacement of the airborne radar)

The new radar for the Su-30MKI will have more modes of operation, including scanning the surface with synthetic aperture. Surface ships and enemy ground vehicles will be detected on 50-70% further than Bars did, plus the ability to clearly classify these units at a distance over 150 km will appear. Radar with AFAR range of more than 300 km, as well as the presence of the system operator will put the upgraded Su-30MKI on one level with China-purchased Su-35С, but with 10-fold quantitative superiority. An excellent impetus to accelerate the work on the Super-30 is the integration of the BrahMos supersonic anti-ship missiles, as well as the design of the Hypersonic BrahMos-2, which allow the Indian Air Force today to dominate any ship-borne grouping of the Chinese fleet, covering its own. 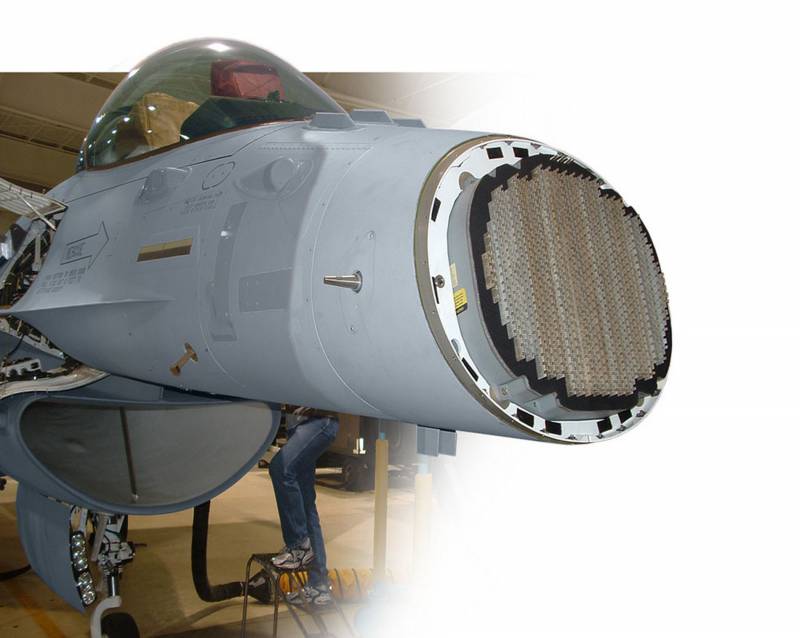 According to the results of the Indian MMRCA tender, the American proposal for the F-16IN Block 60 multi-role fighter was rejected for several reasons: maneuverability in the BVB (lower than Rafale), “morally” obsolete platform (the MiG-35 has much better , plus super-maneuverability is available), single-engine power plant, not the best performance radar AN / APG-80

According to The Financial Express, the American delegation is arriving in India from 27 in July, consisting of representatives from Boeing, Lockheed Martin, Raytheon, General Atomics and Honeywell, which will discuss the delivery of missiles to the Indian Air Force weapons, as well as the deployment of facilities for the licensed production of American fighter jets of the transitional generation. It is known that India has already abandoned the improved American F-16IN Block 60 "Super Viper" in favor of the French "Rafale". But now the situation for state corporations is even more complicated. Nevertheless, the delegation will try to conclude pre-contract agreements for the supply of F-5A 35 fighter jets and the organization of the licensed production of F / A-18E / F "Super Hornet". In the field of promotion of the last machine works "Boeing Military Aircraft" led by the executive director Shelley Lavender. It is planned that the Ministry of Defense of India should acquire 90 American fighters who will patch the gap on the shortened Rafal contract.

Boeing hopes to interest the Indian arms market with a twin-engined multi-role fighter with a high-performance AFAR-radar AN / APG-79 and deck-based capability, Lockheed bets on Lightning-2 small radar. But if their modernization potential has already reached the top point (neither the Super Hornet nor the F-35A technically receive a radar with an 400-kilometer range of work), the versatility of the Super-30 program can bypass almost any Western offer at a steep turn.