July 28 2016
47
India accelerated negotiations with Russia on the implementation of the X-NUMX modernization program for Su-194MKI fighters worth $ 30 billion, the portal reports. Defense News. 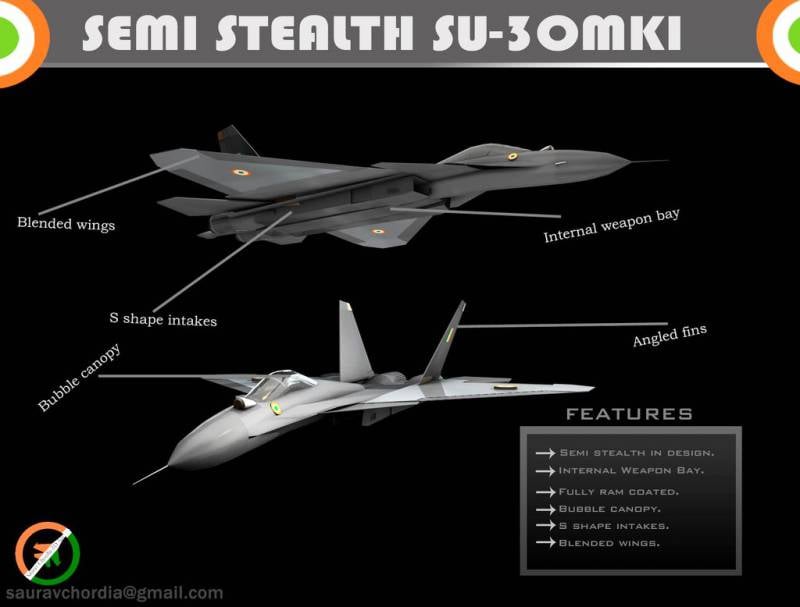 It is noted that the Ministry of Defense of India plans to bring the level of these fighters to 5-generation airplanes. The updated car will receive the name Super Dry.

"The Russian delegation was in New Delhi at the beginning of July to discuss the modernization of aircraft, the contract should be concluded within the next four to six months," - leads the publication of the word of its source in the defense department.

According to him, in total, India is planning to upgrade 272 fighters. He is confident that this program “will not damage the project of joint development of the fifth generation FGFA fighter” worth $ 25 billion.

Another representative of the Air Force believes that the upgraded Su-30 can not be compared with FGFA, and that both projects will be implemented in parallel.

“FGFA has a number of features that Super Sukhoi doesn’t have. They include the internal placement of weapons, improved stealth indicators, integrated combat electronic system, cruising speed at supersonic. Su-30 can not be converted into inconspicuous aircraft. Any alteration of the wing and materials of the aircraft to increase stealth will be very expensive and time consuming, and almost equal to the new project. Thus, the FGFA project as a whole cannot be closed due to the modernization of the Su-30, ”he explained.

In turn, a certain Russian diplomat in New Delhi allegedly told the publication that “the contract for the modernization of aircraft in the Super Sukhoi version has already been signed, the prototype will be made in Russia, and the modernization itself will be carried out at the facilities of the Indian state-owned company Hindustan Aeronautics Limited”.

Ctrl Enter
Noticed oshЫbku Highlight text and press. Ctrl + Enter
We are
As part of Vladimir Putin’s visit to India, a number of large MTC contracts are expected to be signed.
Military Reviewin Yandex News
Military Reviewin Google News
47 comments
Information
Dear reader, to leave comments on the publication, you must sign in.