Army of Tanzania. How are the People’s Defense Forces organized and what is an interesting reserve training system

July 29 2016
7
Tanzania is far from the largest country in the African continent, and its armed forces are not the most numerous. But, nevertheless, modern история countries show that at the regional level, the Tanzanian armed forces are among the best. Even though during the reign of the first president, Julius Nyerere, the national budget expenditures on defense and security were much lower in percentage terms than in neighboring countries, Tanzania managed to create strong and efficient armed forces. By the way, in Tanzania, unlike the overwhelming majority of African countries, there have never been military coups and civil wars. 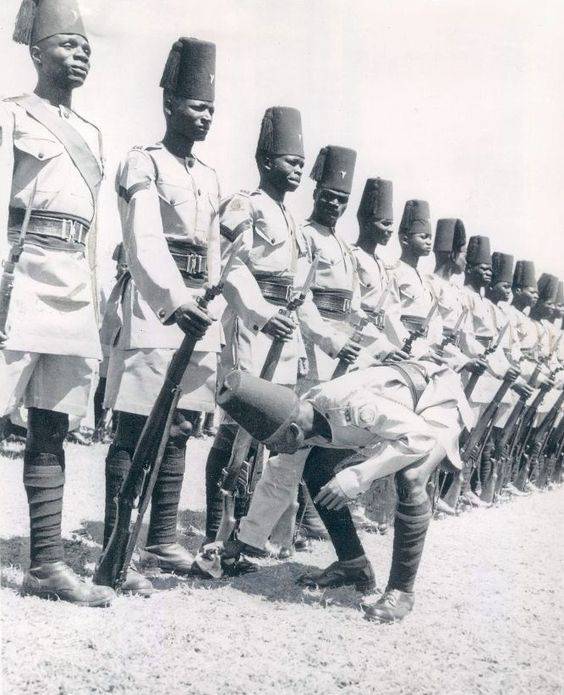 The history of the Tanzanian army goes to the colonial era. When at the end of 1880's The East African coast became a German colony, the Guard forces of East Africa were created. Initially, people from Sudan and Mozambique served in them, but then they began to recruit local residents. After the defeat in the First World War, German East Africa became a British mandated territory called Tanganyika. At the same time, on the basis of the German colonial troops, which were called “Ascari”, the 6 th battalion of the Royal African Riflemen, the British colonial forces of East Africa, was formed. African shooters took part in the Second World War, in a number of local armed conflicts.

After the Tanganyika independence was proclaimed in 1961, on the basis of the 6 and 26 battalions of the Royal African Riflemen, from 1957 called East African land forces, the ground forces of the sovereign Tanganyika, the “Tanganyika Arrows”, were created. They were under the command of British officers and did not have a special loyalty to the government. In January, 1964, in parts of the Tanganyika Strelkov, a rebellion against the government broke out, but the loyal government forces succeeded in suppressing it. After that, the regiment of Tanganyika Strelkov was disbanded, and all of its servicemen were dismissed from military service. Instead of the Tanganyika Strelkov, it was decided to form on a fundamentally different basis the new armed forces of the country, as the republic’s leadership concluded that the British model was unsuitable for the formation of armed forces of a sovereign African state. In September, the National Defense Forces of Tanzania were officially established on 1964.

The main objective of the People’s Defense Forces was proclaimed the protection of Tanzania from external threats. The backbone of the People’s Defense Forces was made up of members of the youth wing of the Tanganyika African National Union, from which young people were selected as candidates for officer posts. By 1967, 4 infantry battalions were created, but the air forces remained extremely small and weak, and the navy had not yet been formed. From 1964 to 1974, for ten years, the Tanzanian army was commanded by Brigadier General Misho Sarakikiya, who received his military education at the renowned British Royal Military Academy in Sandhurst. Under his leadership, the formation of the country's armed forces took place. In 1972, the People's Defense Forces of Tanzania numbered 10 thousand people. They included 4 infantry battalions, and were armed with 20 tanks T-59, 14 Chinese T-62, several BTR-40 and BTR-152, Soviet and Chinese artillery pieces and mortars. In 1974, General Sarakikiya was replaced by Lieutenant General Abdallah Talipo, who commanded the People's Defense Forces until 1980. It was under his leadership that the Tanzanian army participated in the war with Uganda in 1978-1979. and in ensuring the socialists came to power in the Seychelles in 1977 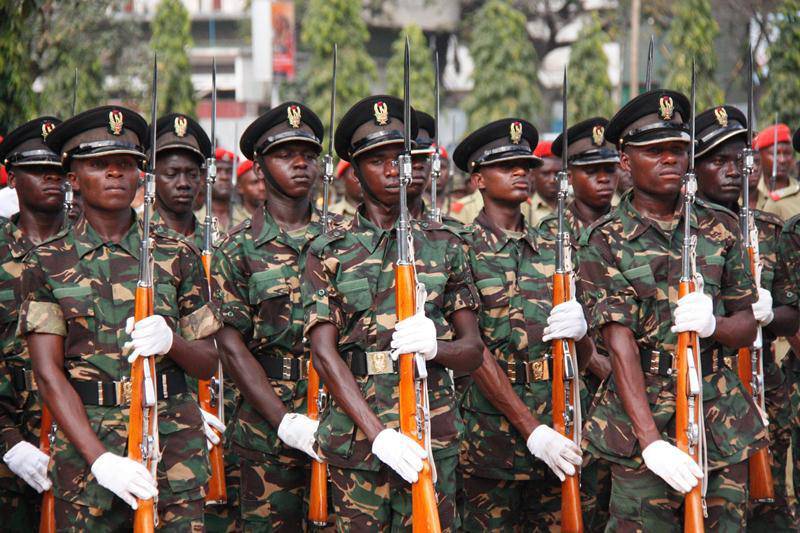 In 1978, war broke out with neighboring Uganda. Back in 1971, in Uganda, Idi Amin Dada came to power, establishing a bloody dictatorship. With Julius Nyerere, the President of Tanzania, Idi Amin had a difficult relationship. Amin strongly showed an aggressive and dismissive attitude towards Nyerere. Being a strong man and a former boxing champion, Amin even called Nyerere to the boxing ring - apparently he decided that such a call would humiliate the former teacher Nyerere, who was not distinguished by health and physical strength. Nyerere, of course, did not respond to the call. But which followed in 1978-1979. the war between Uganda and Tanzania answered the question of which of the two countries is stronger. The main cause of the war was the help that Tanzania provided to the Ugandan opposition.

1 November 1978, the Ugandan army invaded Tanzania and occupied the area west of Lake Victoria. Idi Amin, who invested heavily in the army, was convinced that he would be able to carry out a lightning and victorious military campaign. But he was wrong. The clash with Tanzania was fatal for his regime. By the time of the outbreak of hostilities, the number of Ugandan armed forces reached 70 thousand people and they were 1,5 times superior to the Tanzanian army, where 45 thousand people served. In addition, Idi Amin’s disposal was 200-300 of Palestinian militants whose camps were in Uganda. On the side of Tanzania, in turn, were a few detachments of the Ugandan opposition. However, mobilization began in Tanzania, which allowed an increase in the number of armed forces to 100 thousand people. By December 1978, Ugandan troops were driven out of Tanzania, after which the last president, Julius Nyerere, decided to bring the Tanzanian army into Uganda and continue the war until the overthrow of Idi Amin Dada’s regime. Did not help the latter and his friend Muammar Gaddafi. About 3 of thousands of Libyan soldiers and instructors arrived in Uganda, but they could not help the Ugandan troops to avoid defeat. 11 April 1979 The Tanzanian People’s Defense Forces and the Ugandan armed forces took the capital of Uganda, Kampala. Go Amin Dada fled the country. More than 1000 Ugandan soldiers and 600 Libyan military personnel died in the fighting, about 500 soldiers died from Tanzania, and about UNanda National Liberation still lost about 100. Thus, Tanzania has demonstrated its military power to the entire continent, having defeated a much more well-armed and large army of Idi Amin, in addition having destroyed a third of the Libyan expeditionary force. 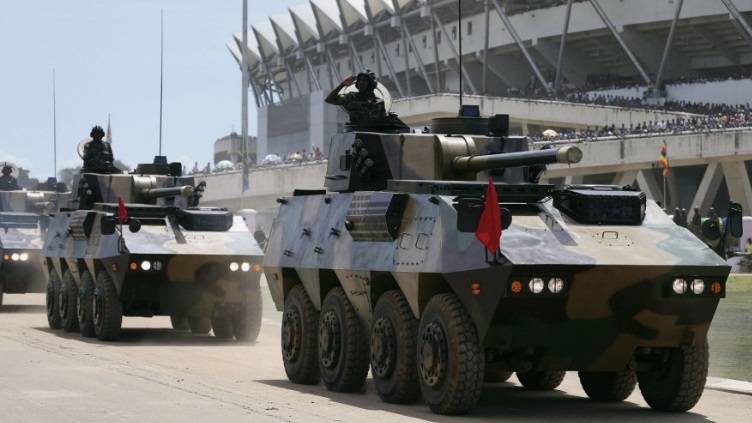 By the beginning of the 1990's. The population of the Tanzanian People’s Defense Forces was 45 thousand people. Less than half of them were conscripts called for two years from 18, and the rest were officers, non-commissioned officers and contract service soldiers. The structure of the Army divisions were 3, 8 1 infantry and armored brigades, 2 battalion of field artillery and anti-aircraft artillery battalion 2, 2-mortar battalion, an antitank battalion 1, 1 engineering regiment odnobatalonnogo 1 composition and anti-aircraft missile battalion. By 2000. The modernization of the armed forces was carried out. 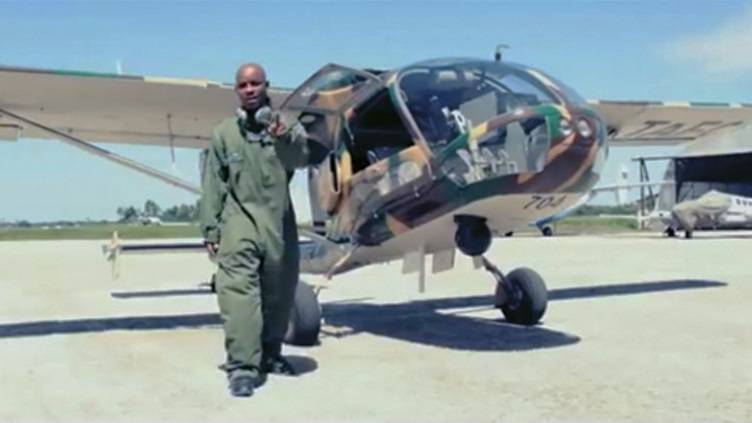 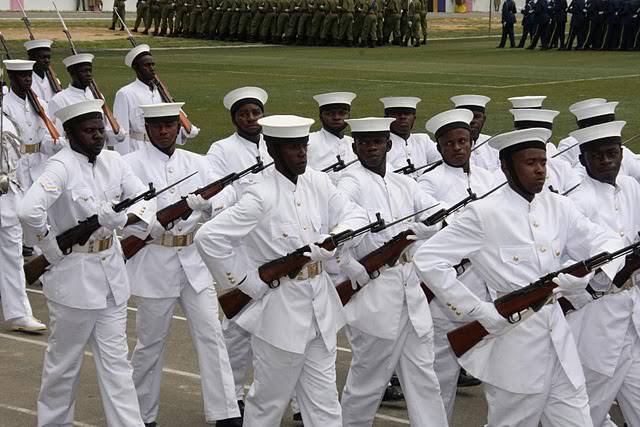 Tanzanian naval forces (officially - Naval Command) are based on the Indian Ocean coast and are armed with 2 Chinese Huchuan-type torpedo boats, 10 patrol boats (2 of Ngunguri type, Shanghai 2, Chinese-type) 2-037 and 1 of the Mwitongo type, 2 of the English type “Vosper”), as well as 2 landing craft of the Yucin type, made in China.

The command of the People’s Defense Forces is carried out by the commander, the chief of staff and the commanders of the ground forces, air force and naval forces. At present, the commander of the defense forces is General Davis Mwamunyange, the chief of staff is Lieutenant-General Venance Mabeyo, the commander of the land forces is Major-General James Mwakibolva, the air force is Brigadier General William Ingram, and the naval forces are the Major-Major. . The national service is headed by Brigadier M.V. Islamhuo. The Popular Defense Forces established a system of military ranks of the British sample: 1) General, 2) Lieutenant General, 3) Major General, 4) Brigadier General, 5) Colonel, 6) Colonel, 7) Major, 8) Captain, 9) First Lieutenant, 10) Second Lieutenant, 11) Warrant Officer 1 Class, 12) Warrant Officer 2 Class, 13) Staff Sergeant, 14) Sergeant, 15) Corporal, 16) Junior Corporal, 17) Sergeant, Row. The same titles established in the Air Force and Navy. The red color of the parade uniforms of the Tanzanian army troops testifies to the past of Tanganyika as a British mandate territory. 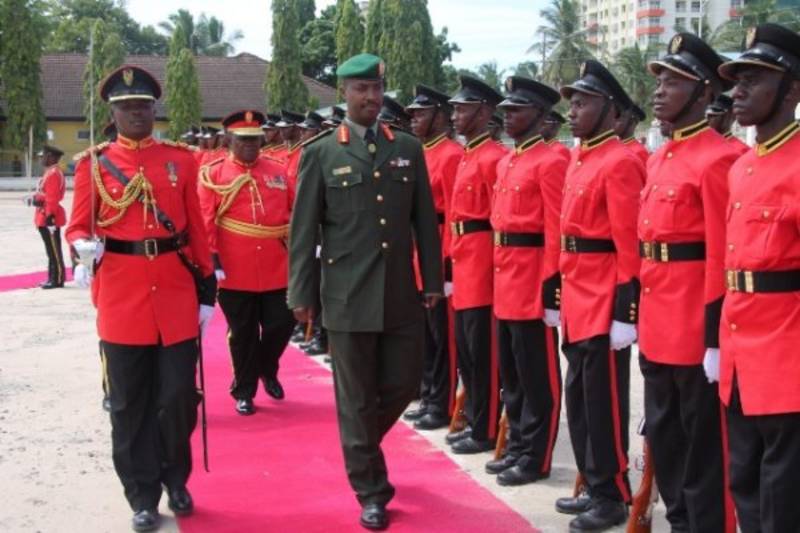 Demonstrating a neutral and peace-loving policy, the Tanzanian leadership nevertheless provided serious military assistance to the numerous national liberation movements of the African continent, primarily in South Africa, Mozambique and Angola. In 1980-s. Tanzanian troops assisted the government of Mozambique in the civil war. Currently, the Tanzanian armed forces are one of the main components of the African part of the UN peacekeeping force. By 2013, the Tanzanian army participated in peacekeeping operations in the Democratic Republic of the Congo, in the Darfur province in Sudan, and the Tanzanian soldiers served in the UN Interim Force in Lebanon, the UN Interim Security Force in Côte d'Ivoire and South Sudan. 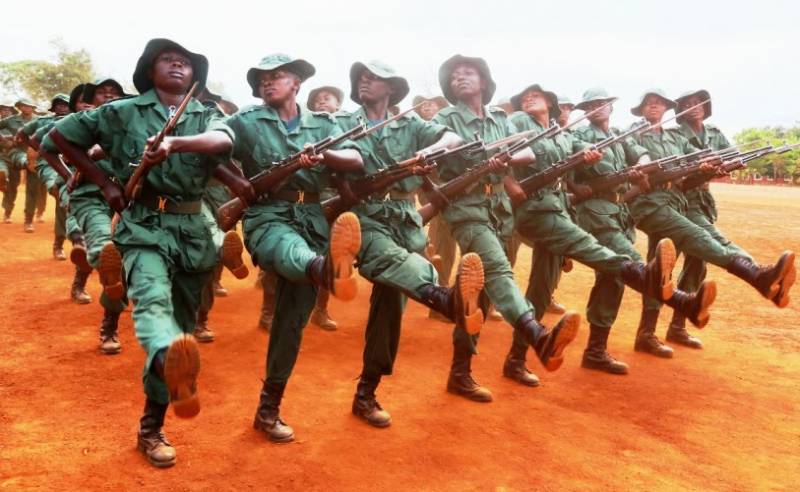 The national service consists of three components. The first component is officers and non-commissioned officers serving in senior and instructor positions. The second component is civilian specialists. The third component is young volunteers undergoing training as part of the National Service. After completing the training, young people return to their daily activities, but some enter the contract service in the ground forces, air force or navy. In addition to military-patriotic and vocational training, the National Service is engaged in industrial and commercial activities. Thus, the National Service is a powerful prepared reserve for any critical situations - from armed conflict to natural or man-made disasters.

Ctrl Enter
Noticed oshЫbku Highlight text and press. Ctrl + Enter
We are
African arrows: British colonial troops became the basis of the armed forces of the independent states of AfricaMemo to mercenaries in Africa
Military Reviewin Yandex News
Military Reviewin Google News
7 comments
Information
Dear reader, to leave comments on the publication, you must sign in.