What did the Donbass go from? 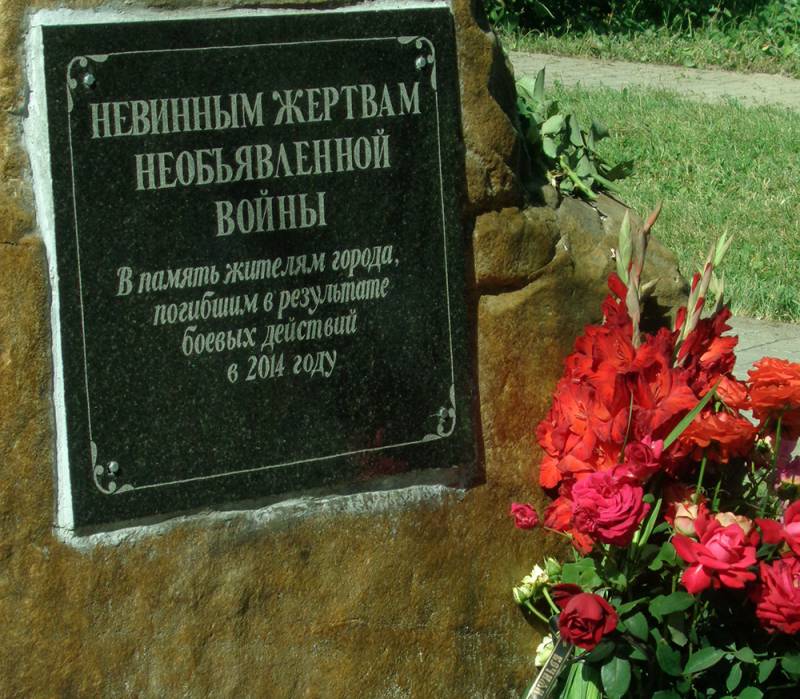 Two years ago, a terrible picture spread around the world — a young woman and her small child were lying on the ground, torn to pieces, in bloodied clothes. “Paris” is written on a young mother’s T-shirt, but the tragedy did not happen in Paris at all. When something happens in Paris, the heads of all “civilized” countries rush to express their condolences. But 27 July 2014, a young woman with an 10-month-old daughter was killed by a Ukrainian projectile in Gorlovka.

That day 20 people died in the center of the city, for whose inhabitants in the world it is not customary to cry. Another woman died in the hospital later. Dozens of civilians were injured. Not too noticeable city of Donbass began to flash in the reports of almost all the world's news agencies, but none of the leading politicians expressed any condolences.

Later, the Ukrainian murderers exhibited a terrible photo of the murdered Christina Zhuk and her baby Kira as an exhibit at the exhibition with the odious name “Victims of Russian aggression”. And this exhibition itself was held not somewhere, but in the Kiev Museum, which was once called the “Museum of the Great Patriotic War”. 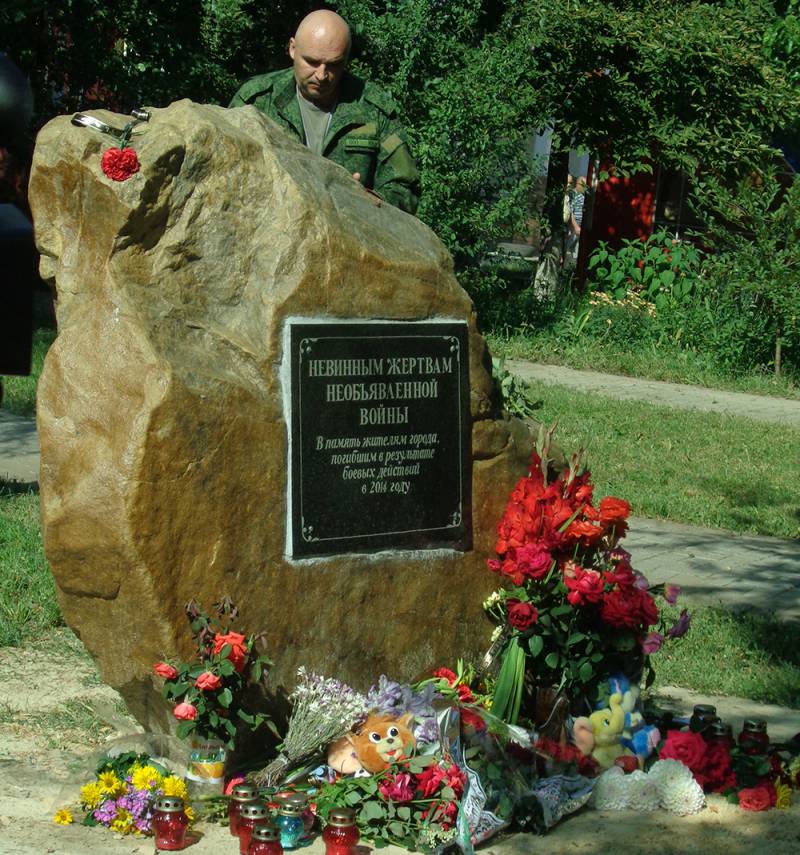 “Innocent victims of undeclared war” - reads a sign on a modest stone monument, which was installed in Gorlovka on the site of the very bombardment. Now every year on July 27 people will come here with flowers and children's toys.

This time, the new acting head of the Gorlovka administration, Ivan Prikhodko, came to pay tribute to the victims. This person is well aware of the residents of Donetsk - in the most difficult times, he headed the Kiev and Kuibyshev districts of the capital of the DPR. The areas that were subjected (and continue to be) the most fierce shelling by punitive Mr. Poroshenko. Now Ivan Prikhodko, who is respected by almost all Donetsk residents, because he personally went to the shelling, will have to solve the problems of the frontline residents of Gorlovka. “Our people have a great fortitude, the desire to live in our country, despite the war unleashed by Kiev,” he said and shared plans to make another monument - more magnificent, on which the names of all those who died on that fateful day would have been carved.

In addition, 27 July 2014, the barbaric shelling of another Donbass city began - Shakhtersk. Cities where mostly hardworking people who mine coal from the bowels of the earth and their families live. Now there is a mournful memorial sign "To the defenders and residents of the city of Shakhtersk and the Miners' District who died during the fighting." And on a mournful anniversary, people carry flowers there.

In Shakhtersk, 50 defenders of the Donbas and about 100 civilians were killed during shelling and fighting. A dozen more people were missing.

And July 26 is a difficult day for residents of Debaltseve. In the hot 2014, this summer day brought war to the city. For several months, people did not climb out of the basements, first escaping from the shelling of Ukrainian punitive, and then from the Ukrainian invaders who occupied Debaltseve. When in February 2015 of the year, the troops entered the city DNR and LC - the people met them as liberators.

Two years have passed. And again - alarming reports are received every day.

On the evening of July 26, the city of Dokuchaevsk was shelled - the courthouses, prosecutors and one of the private houses suffered. Another house burned down in the village of Zaitsevo near Gorlovka.

On the night of July 27, and then in the morning, the same Dokuchaevsk and Yasinovataya were subjected to shelling. This time the school and the multi-storey building are damaged in Dokuchaevsk, and under Yasinovataya the water supply system, which, by the way, supplies not only Dokuchaevsk and a part of Donetsk with water, but also cities that are still under the control of the junta.

That is, employees under the Ukrainian shelling, risking their lives and health, do everything possible to ensure that the water goes not only to the DPR settlements, but also to the territory that is currently controlled by the forces conducting these shelling.

In the framework of the information war against Donbass, Ukrainian media actively disseminated “information”, as if the head of the DPR, Alexander Zakharchenko, 23 July, was seriously wounded and allegedly “is about to lose his hearing and sight.” But this crazy celebration did not last long. Soon Alexander Vladimirovich himself appeared, alive and healthy, and denied this throw. He said that during the inspection trip he really came under fire and even got a slight scratch. “I can say to the Ukrainian media: you will not wait,” he added, and at the same time asked a rhetorical question: why did the Ukrainian agreements violate the Minsk agreements, but there are no OSCE statements?

Meanwhile, a wild incident occurred in the territory occupied by the junta - in the town of Lysychansk (which, in fact, belongs to the Lugansk People’s Republic, as its residents also voted for independence in a referendum, but temporarily occupied by terrorists controlled by Kiev).

Militants of the punitive battalion "Donbass" celebrated the anniversary of the seizure of the city and in a drunken stupor repainted the memorial tank in yellow and blue colors, and also put a mocking inscription "On Putler." That is, the Soviet tank, which during the Great Patriotic War liberated the Soviet Union from the Nazis, was desecrated.

Many residents of the city, to put it mildly, did not approve such an act. It caused tears in the eyes of old people. One of the men brought green paint and tried to correct the effects of vandalism. But the invaders who had ganged up mocked at him, stripped and painted a trident on his back. At the same time, mockery of a resident of Lysychansk was punished by video on the video and boasted of its “heroism” (this is when the armed crowd is alone for an unarmed person).

This is what Donbass left, whose inhabitants are indiscriminately called separatists and are trying to condemn to oblivion: they say, they did not want to go to Europe ... And for leaving from such doubtful “heroes” they had to pay a terrible price.

That young woman, who is called Gorlovskaya Madonna, hardly had anything against Europe. Maybe she dreamed of visiting Paris in the distant past, but instead of Europe two years ago, she and her little daughter went to the grave. Like many, many other victims of undeclared war. 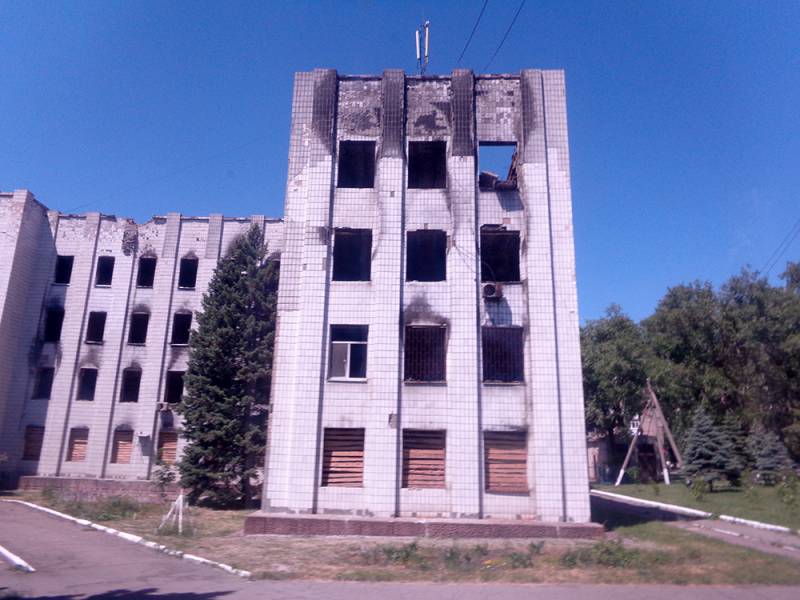 The consequences of shelling: Shakhtersk 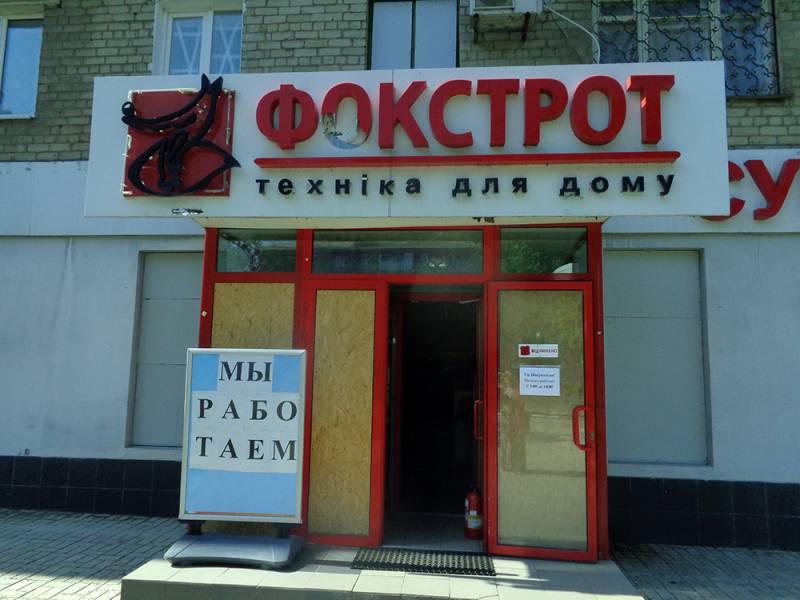 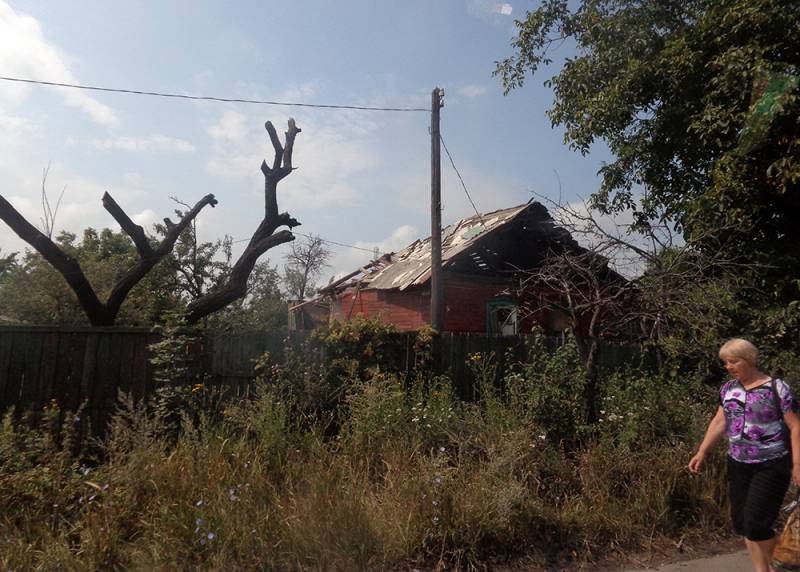 Ctrl Enter
Noticed oshЫbku Highlight text and press. Ctrl + Enter
We are
9 May in the center of Chisinau will host an exhibition of military equipment of NATO"Army-2015". Exhibition of technology. Part of 2
Military Reviewin Yandex News
Military Reviewin Google News
59 comments
Information
Dear reader, to leave comments on the publication, you must sign in.