July 28 2016
91
If Russian hackers really hacked emails of the National Committee of the Democratic Party at the behest of the Kremlin, then Vladimir Putin deserves the Pulitzer Prize, according to Townhall. After all, The New York Times received it for publishing information about the Vietnam War, which the newspaper obtained through illegal means. The American people had the right to know the secrets of the government then, and now it has the same right to know about the "disgusting" deeds in the ranks of the Democrats. 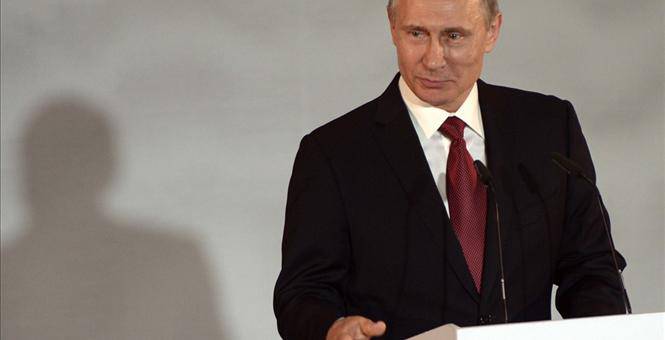 «History with stolen e-mails from the National Democratic Party Committee is too good to be true, ”writes Townhall. For a whole year, Bernie Sanders claimed that his party put a speck on the wheels of his election campaign and promoted Hillary Clinton.

Now the published content of more than 19 thousands of letters proves that old Sanders was right. “The deck was rigged, the judges had their favorite, the game was unfair,” writes the publication. In order to write Sanders off the bill, the Democrats even used the fact that he was an atheist.

After the letters were published, the Clinton supporters worked out a new party line, and the press eagerly picked it up: Russia was to blame for everything. According to the head of the election campaign of the former US Secretary of State, Russian hackers broke into the mail of the National Committee in order to help Trump. “The goal is to change the subject. To divert media attention from the conspiracy of the National Democratic Party Committee to sabotage the Sanders campaign, ”the author of the article believes.

Townhall recalls that in the 1971 year, The New York Times illegally gained access to secret documents that contained information about how the United States was involved in the Vietnam War. The newspaper justified its actions by the “right of the people to know” the secrets of its government.

“Doesn’t the people have the“ right to know ”about the abominable schemes of the staff of the National Committee of the Democratic Party, with which they“ drown ”someone’s election campaign? Do people not have the right to know that by denying the charges against Sanders, the leadership of the committee lied to him, the party and the whole country? What did Clinton know about the involvement of [the head of the Debbie committee] Wasserman Schulz in fraud during the election campaign, and when did she know about it? ”, The newspaper writes.

Townhall notes that The New York Times won the Pulitzer Prize for publishing documents about the Vietnam War. “If the Russians have brought such benefits and helped draw the attention of the American people to the anti-democratic affairs that are happening in the National Committee of the Democratic Party, then perhaps they deserve a similar recognition. By the standards of The New York Times 1971, Putin may deserve the Pulitzer Prize, ”the author believes.

The publication notes that the United States must stop the attempts of other countries, including Russia, to intervene in the course of presidential elections. However, it is worth remembering that it was America after the end of the Cold War that she began “in the name of democracy” to overthrow regimes and governments she did not like and support “color revolutions.

So Townhall is not surprised that now Russia, China, Egypt and even Israel are closing NGOs associated with the United States and trying to hack the websites of American organizations:

“We were the first“ experts ”in this game. But now others know how to play it. What goes around comes around".