Ukrainian security forces are preparing sabotage in the vicinity of Donetsk

July 27 2016
11
The press service of the special monitoring mission of the OSCE reports that an unmanned aerial vehicle belonging to the mission was shot down in Ukraine. After some time, the Ukrainian military handed over to the OSCE the wreckage of a drone that had fallen in the Avdeevka area.


The second drone, which controls the line of contact of the parties, was fired at near Kalinovoye, approximately 60 km from Lugansk. Carrying out the second mission, the same UAV belonging to the OSCE, on the same day underwent another attack - already in the area of ​​Kadievka (50 km west of Luhansk).

The OSCE SMM states that it has not yet identified the side that fired the drones. 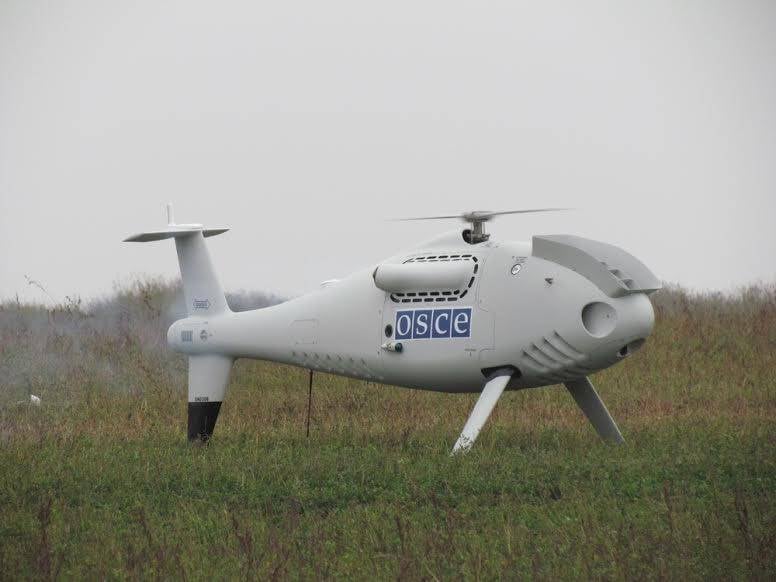 Against this background, the DPR command reports on intelligence received on the preparation of Ukrainian security officials to commit sabotage in the vicinity of Donetsk. Information Service DAN cites the statement of Edward Basurin:
The enemy conducts active engineering reconnaissance and demining of certain sectors along the contact line in the Krasnogorovka area. This suggests a possible preparation for the next provocations and terrorist acts using sabotage groups.

According to Basurin, in the area of ​​the settlement Yasinovataya there is a presence of Ukrainian security officials, two infantry fighting vehicles and one armored personnel carrier to a company.