July 29 2016
78
Enterprises are suffocating without available loans, the budget deficit is growing. The Ministry of Finance has already proposed to cut funding for the HPV-2025. How does OPK work in these conditions? How far are we in import substitution?


In general, the situation is not as bad as in some other industries. In the second quarter, a number of new and modern types of weapons and military equipment were adopted at the defense industry enterprises. Despite the sanctions and difficult financial situation, plans for deliveries to the troops are carried out.

In accordance with the instructions of the Minister of Defense of the Russian Federation, emphasis in the implementation of the state defense order is placed on long-term contracts, ensuring quarterly deliveries of weapons and military equipment and advancing work, and introducing a daily monitoring system. The implementation of the plan for the new main models of weapons and military equipment on 15 July was about 40 percent, and for the repair of equipment - 30 percent, which is higher than the previous years. In general, the level of equipment of troops with modern and advanced weapons has increased by 0,7 percent and today is equal to 48 percent.

For the past quarter, parts of the Yars mobile ground-based missile complex were delivered to the Strategic Missile Forces, including:


In the 29 th missile division of the Strategic Missile Forces, their acceptance and commissioning are carried out. The rearmament of the Yars PGRK is in full swing, said the commander of the formation, Colonel Yuri Sytnik. On the Unified Day of Military Acceptance, held on July 15 in the Ministry of Defense, it was noted that joint calculations of personnel and industry representatives carried out re-opening, autonomous testing and commissioning of individual systems of the RK units in the first unit of the 92 rocket regiment. In December, 2016, the complex will take up combat duty.

According to the director general of the Votkinsk plant, Viktor Tolmachyov, the enterprise will supply 2016 products for the Yars RC in 19. Already accepted by the military mission and prepared for shipment are three more products, at the final stage four ballistic missiles. No problem. GOZ-2016 will be completed on time.

The ground and airborne troops received:

According to Alexander Krasovitsky, Director General of the Military Industrial Company, a three-year government contract for the supply of BTR-82А was completed ahead of schedule. From 153 units already transferred to military units of the Western Military District 130. 22 armored personnel carrier ready for shipment, one is being tested. At 60 percent, a state contract was made for the supply of special-purpose vehicles "Tigr-M". From 82 units to military units already gone 30, 20 ready for shipment. MIC has begun to implement additional government contracts for 68 BTR-82A. Obligations will be met on time.

In turn, the director of the structural unit Volgograd Machine-Building Company Kurganmashzavod Fizuli Seyfedov announced the delivery of the BMD-4М. In 2016, 18 vehicles were shipped in the airborne unit. Another 15 waiting in line.

For the Aerospace Forces (in terms of providing the Air Force and Air Defense) the following have been adopted:


Concern VKO "Almaz-Antey" manufactured for the 18-th anti-aircraft missile regiment of the 31-th division of the air defense system, a C-400 "Triumph" anti-aircraft missile system. As the chief of staff said, the deputy commander of the regiment, lieutenant colonel Yevgeny Oleynikov, the personnel successfully completed training at the Gatchina Training Center of the Military Academy of Aerospace Defense. In August, upon completion of the initial combat firing at the base of the research and development test center of air defense systems of the 4 State Central Interspecific test site, it is planned to ship the adopted equipment to the place of permanent deployment - the 85388 military unit in Feodosia. That is, the C-400 SAMS will be located in the Crimea.


In May, the submarine “Kolpino” (“New Varshavyanka”) and the icebreaker of the 21180 project “Ilya Muromets” (“Thunder of the chains”) were launched at the Admiralty shipyards. The vessel of this class was built for the first time in 45 years. At the end of the test, the icebreaker will be part of the Northern Fleet. 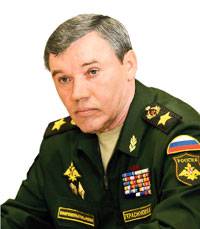 For the Space Forces, a three-stage Soyuz-2.1b medium-class launch vehicle was installed, eight mobile three-dimensional radar systems of medium and high altitudes. The calculations of the videoconferencing system in the interests of the 24 March and 4 June Defense Ministry put the Bars-M and Geo-IC satellites into specified orbits. The Soyuz-2.1 and Rokot were used. Three more launches are scheduled for the end of 2016. As the general director of the RCC Progress, Alexander Kirilin, said, in accordance with GOZ-2016, it is planned to produce seven rocket launchers of the Soyuz family. Two of them are designed for the ROC "Rus". Today, three rocket launchers of the Soyuz family have been manufactured. Four Soyuz-2.1b are in production in varying degrees of readiness. Products will be delivered by November 2016.

Leonid Belykh, Managing Director of the Ulan-Ude Aviation Plant, said that this year eight military transport helicopters Mi-8AMTSH were manufactured and transferred to the Defense Ministry ahead of time. Until the end of the year, six more will be sent to the troops.

In addition, the company manufactured and started to conduct flight presenter tests of two Mi-8AMTSH-VA in the northern version. According to state contracts, three Mi-8 in the Arctic version will be delivered in 2016 and two in 2017.

June 4 carried out a flight of four Su-34 from Novosibirsk to the home airfield. Completed repairs with the modernization of seven IL-76MD, which will soon be transferred to military units. In the branch of PJSC "Tupolev" on the Zhukovskaya flight test and development base, work was carried out to modernize the long-range Tu-95MS bomber-bomber. Under the terms of government contracts, another seven modernized Tu-95MS aircraft will transfer to the Ministry of Defense.

How in the defense industry with know-how? After all, the equipment with high-quality and efficient weapons largely depends on the level of promising developments. Here, as they say, not a lot, but there is progress.

In particular, as Pavel Izmailov, Chief Designer of the Signal Research Institute, told, in 2016, in the interests of the engineering troops, state tests of the remote-controlled robotic demining complex “Pass-1” were conducted. It provides for the passage of passages up to 4,5 meters in combat conditions for the movement of military convoys in mined areas of the terrain, both in crew and in automatic modes of operation. Technical capabilities allow trawling mines installed in snow or soil to neutralize those lying on the surface, as well as those equipped with radio fuses. Automatic control mode allows you to perform a combat mission on a given route without operator intervention. Signal JSC is ready to fulfill the tasks of the state defense order for serial production of the Pass-1 complexes.

Trial operation of the automated system of electronic registration and use of personal data of servicemen “Passport” is being carried out. It allows you to control access to protected objects and information resources, confirm rights and keep records of social, financial and other services. As the General Director of JSC “Angstrem” Alexey Bocharov said, technical and operational documentation has been developed, currently being implemented in military units and military registration and enlistment offices. The necessary equipment in full has already been delivered, commissioning and technical acceptance are underway. Thousands of electronic cards of a soldier entered 651 collection points of the Russian Defense Ministry, of which more than 89 000 has already been personalized. In September, their mass production at the domestic base will be mastered. But for now, it is not possible to completely end import.

Dependence on supplies from Ukraine remains. The analysis of the implementation of the plan for the import substitution of components in the first half of the year shows an insufficient level of organization, Lieutenant-General Anatoly Gulyaev, head of the Main Weapons Directorate, stressed at the Unified Day of Acceptance of Military Products. He drew the attention of the heads of integrated structures and enterprises to the inadmissibility of the disruption of the deliveries provided for in 2016 due to the failure to comply with plans for replacing products from abroad with domestic ones. Performers will have to report on work in this direction at the next Unified Day of Acceptance of Military Products.

Have a positive experience. Alexander Borisov, General Director of JSC Cyclone, spoke about the development of bolometric arrays for thermal imaging systems under the import substitution program. Obtained prototypes uncooled matrix receivers. They correspond to the world level. We are the fourth, after the USA, France and China, who have mastered the unique technology. The production of microdisplays with a production volume of up to 10 000 pieces per year was created. Let us clarify that they, like uncooled matrix microbolometer receivers, are the basis of thermal imaging devices that are planned to be used for the acquisition of armored vehicles "Kurganets", "Armata", "Steamboat", the base minesweeper of the 12700 project, the Igla, Verba and sights for rifle weapons. It is the creation of modern mass production of microbolometric matrices.

According to the main models of weapons and military equipment GOZ-2016 is performed. However, a number of enterprises in the second quarter lagged behind schedules. For example, Motovilikhinskiye Zavody disrupted government contracts for the supply and modernization of Tornado-S MLRS and the automatic control system 2С9 and 2С1, despite the fact that these contracts have already been rescheduled from 2015. The company “Torch” on the topic “Polymer-Redut” has not yet received a positive result from the use of anti-aircraft guided missiles designed to equip 20380 corvettes and 22350 frigates. This directly affects the transfer of the Admiral Gorshkov fleet. Although the Supreme Commander is set deadline: November 2016 of the year.

Due to the late delivery of the armor sheet and the weak organization of work on the production, there were a lag behind the technological cycle of manufacturing the BTR-MDM Rakushka armored personnel carriers for the Airborne Forces (supplier - Kurganmashzavod).

The backlog of repair schedules continues with the modernization of long-range aviation aircraft of PJSC "Tupolev".

Concern "Constellation" breaks already transferred from the 2015-th timing of the delivery of communications and automated control systems.

In June, the leaders of these enterprises were heard, it was determined how to eliminate the shortcomings, and measures were taken to complete the contracts before November 2016. Other extraordinary decisions have allowed to reduce overdue receivables of enterprises by 174,5 billion rubles, but its level is still high - more than 190 billion rubles. There are also such debtors with whom judicial and claim work is carried out.

Today, debt repayment schedules are more tightly controlled. Penalties are advanced by no more than 10 percent. The system of financial monitoring of budget spending has been introduced. Putting the allocated funds on the side is becoming increasingly difficult.

Anatoly Gulyaev drew the attention of managers to the fact that these government contracts and the timely repayment of overdue receivables are taken under special control. This means that there will be a tighter demand, in whose ownership enterprises are located.

Summing up, the First Deputy Minister of Defense - Chief of the General Staff, Army General Valery Gerasimov noted that the planned volumes of the GOZ were generally implemented. But part of government contracts remains unfulfilled. In the course of a special operation in Syria, certain shortcomings of modern weapons and military equipment models were revealed. Before the end of the year it is necessary to take measures to correct the situation. The time of exhortation is over. The Ministry of Defense will speak with debtors in the language of sanctions and fines.

Ctrl Enter
Noticed oshЫbku Highlight text and press. Ctrl + Enter
We are
No interaction - there will be no resultTo the peculiarities of the modern Russian military-technical policy
Military Reviewin Yandex News
Military Reviewin Google News
78 comments
Information
Dear reader, to leave comments on the publication, you must sign in.