July 27 2016
68
The ongoing conflict in the space industry of Ukraine is unlikely to contribute to the return of funds spent on the project "Cyclone-4" or save the project itself with the involvement of other partners. 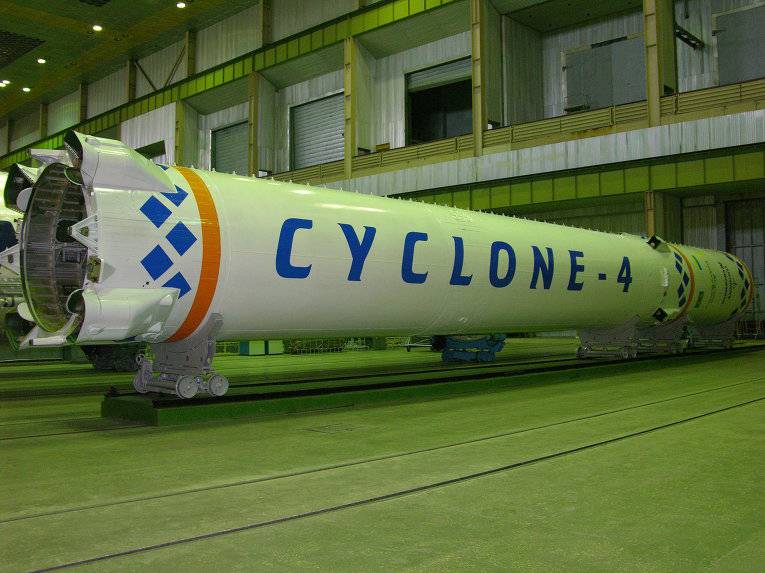 Despite the summer heat, the new week began for the Ukrainian space industry is extremely cheerful. Initially, the “Appeal of the Labor Collective” appeared on the website of Yuzhnoye Design Bureau, addressed to the Presidential Administration of Ukraine, the Cabinet of Ministers, the National Security and Defense Council and the Security Service of Ukraine, which “expressed deep concern about the systematic destructive actions of the space industry leadership that did not lead to significant financial losses only across the enterprise, but across the entire state. " In particular, the current leadership of the State Space Agency of Ukraine was blamed for “incompetence and professional inconsistency, inactivity and official negligence”. As a result, in the opinion of KB workers, “the situation around the Cyclone-4 project significantly deteriorated, Brazil ... in every way delayed the process and did not pay enough attention to the stages and schedule of implementation of the ground part creation,” and the HCA of Ukraine, as responsible for implementing the project with knowing the state of affairs in Brazil, “did not take any steps to correct the situation and solve the problem of delays from the Brazilian side”.

According to a preliminary assessment of the Yuzhnoye Commercial Bank, losses caused to Ukraine as a result of the unilateral termination of the Treaty by Brazil may reach 805,86 million dollars. In order to protect the interests of the state, Yuzhnoye Commercial Bank turned to the State Tax Institution of Ukraine with a request before July 16 2016 g . initiate sending a note to the Brazilian Foreign Office with a direct objection to the unilateral termination of the Treaty by the Brazilian side without compensation for the damage caused to the Ukrainian side, as well as without Lenia order to resolve the situation, which was not done. According to the provisions of the Vienna Convention on the Law of International Treaties, the absence of a direct objection until the termination of the Treaty between Ukraine and Brazil greatly complicates further protection of the rights and interests of Ukraine and may make it impossible to repay the damage incurred by the Ukrainian side in connection with its termination.

As a result, the staff of the Yuzhnoye design bureau directly accused the leadership of the SCCU "of inaction to protect the interests of the state in connection with the unilateral denunciation by Brazil in 2015 of the long-term cooperation agreement on the use of the Cyclone-4 launch vehicle at the Alcantara launch center."

The answer came immediately. On the same day, in his interview on the radio, the chairman of the State Communications Committee of Ukraine, Lyubomir Sabadosh, said that "more than half a billion dollars were spent on the implementation of the Cyclone-4 project. This is the creation of the Cyclone-4 launch vehicle, which should give Ukraine independent access to outer space True, it was from Brazil and provided the output of both Ukrainian and international satellites. The Yuzhnoye design bureau was responsible for the execution of this contract. Unfortunately, today we have no launch vehicle, and officials B "Southern" suffered only administrative responsibility. " He also informed that the General Prosecutor’s Office of Ukraine conducted four criminal cases on charges of “seizing public funds by abusing the official duties of state-owned enterprises”, and expressed the hope that the investigative actions would be brought to an end so that the perpetrators “would bear responsibility, and not by exemption for non-fulfillment, but by real compensation for losses incurred by the state. " The name of Alexander Degtyarev, General Designer and General Director of the Yuzhnoye Design Bureau named after MK Yangel, was not named, but it was he who was dismissed by 2016 in February following the results of a financial inspection and accused of "misuse of credit funds received by the KB in the framework of the project "Cyclone-4".

As follows from the events of July 18, the positions of both parties to the conflict coincide only in terms of the need to "return funds to the budget, which are so necessary today to ensure the country's defense and to support industrial enterprises." For the rest, and above all in assessing guilt, views are diametrically opposed.

The agreement concluded at the intergovernmental level in 2003 does not provide for financial liability of the parties for its non-fulfillment, therefore the Brazilian Space Agency refuses to negotiate a legal mechanism to compensate Ukraine for costs due to termination of cooperation and denunciation.

According to the representatives of the SSAU, in coordination with the authorized state bodies, the search and development of an optimal action plan in connection with Brazil’s withdrawal from the Cyclone-4 CRC project is ongoing and the possibility of initiating ad hoc arbitration according to the UNISTRAL rules is being considered. Translated into the language of the inhabitant, there are no prospects for Brazil to return the money spent by the Ukrainian budget and state enterprises.

The same feverish, but unsuccessful attempts of the leadership of the SSAU to find a replacement for Brazil in the project testify to this. So, in May 2016, the chairman of the State Space Agency of Ukraine Lyubomir Sabadosh, commenting on the opportunity to attach a denounced project to partners from the United States, said: “As for the RSC Cyclone-4, this project is not on the agenda of Ukrainian-American cooperation: The market is a highly competitive market; the option of moving the Cyclone launch pad to the United States did not find adequate support from foreign government agencies and investors.
Today we are working to get Brazil back to the project. We hope that the new political situation in Brazil will contribute to this. "

15 January The 2016 Kiev hosted the meeting of the First Deputy Chairman of the SCA, Alexander Golub, with a delegation of representatives of the state of Queretaro (Mexico). The Mexican delegation, which visited Ukraine under the auspices of the Ministry of Economic Development and Trade of Ukraine, included the Deputy Minister of Economy of the State of José Antonio Perez-Cabrera and the Director of the Department of Industrial Economic Development of the State of Guillermo Lozano-Lozano. The parties also discussed the possibility of creating and implementing joint projects in the space industry, including "a project to create a cosmodrome with the participation of Mexican and Ukrainian enterprises in Mexico and prospects for using Cyclone launch vehicles to provide launch services for the benefit of project participants and commercial customers" . 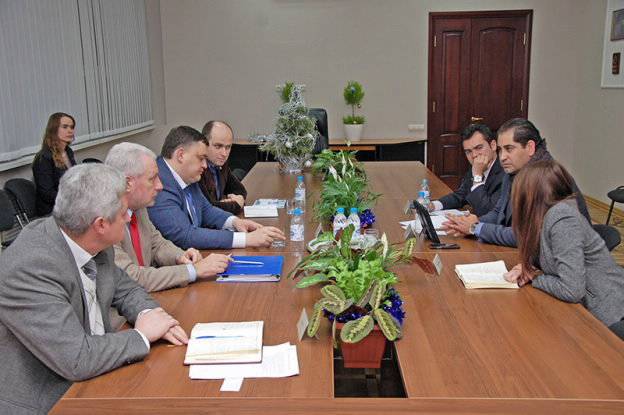 Six months after the delegation left, no information was received on the preparation of the construction of the space center in Mexico.

Despondency reigns in the field of information support of the project. The state of the project is described on the HCAU website as follows: "Currently, workplaces have been upgraded to work on the launch vehicle assemblies, manufacturing of individual prototypes, launch vehicle assemblies have begun, their experimental testing and adjustment of the working design documentation based on test results, work continued preparation of the production base for its creation. Design and design documentation has been developed, a prototype of test equipment has been manufactured to ensure management rocket control. " At the same time, additional information was offered on the official site of the Cyclone-4 project, which is no longer functioning.

In general, as Sabadosh himself said in February 2016, speaking on the activities of the chair of the GKA of Ukraine on his activities: "The results are moving in the direction of increasing indicators" ...