Ukrainian development of combat modules: do not worry

July 28 2016
38
We are asked specific questions about the equipment and weapons of the former friendly, and now aggressive neighbor. They are asked by people who, in principle, understand the essence of the question, but, how to say it correctly, they want to make sure once again that not everything is as smooth as ukroSMI writes about it.


And basically these questions come from our Ukrainian readers. 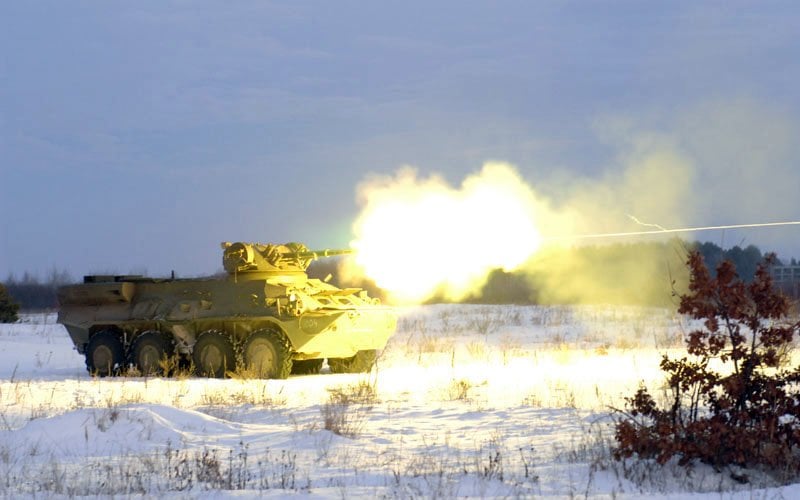 The point is that their media, with a consistency worthy of better use, report on the next advances in the defense industry. Ukrainians are informed about new helicopters, laid ships, the newest tanks and other achievements of democracy in the production of weapons and military equipment.

And this, if not frightening, then alarming. What if the fifth army of Europe really dares to return the Crimea and in general?

That is why today we will touch exactly the development and production of Ukrainian combat modules. What is needed today in any army. And what ukroSMI hollowed so that woodpeckers can take master classes from correspondents.

This need is due not only to the increased capabilities of the combat use of weapons and, therefore, the ability to effectively resist the enemy. Here purely economic reasons prevail. The fact is that the cost of modern ammunition is quite high. We emphasize the word “modern”; this no longer applies to AK-47 and PC cartridges. Although they also cost money.

New systems aiming and searching for targets in modern combat modules can save in some cases up to 70% ammunition.

In Ukraine, they understand this. Moreover, today it has become popular to invent combat modules "on the knee." Any student or "national inventor" for the minimum time gives the revolutionary development of such modules.

In the far incomplete list of such products as BAU-23х2, universal BM "Sturm", "Parus", "Desna", "Sarmat", "Doublet", "Viy" and others. The passion to create combat modules in the country is gaining momentum. The most interesting, as we believe, is still ahead.

Such an abundance of titles, alas, reflects only the literary abilities of the authors. No more. Ukrainian soldiers and officers have long known: the principle of Captain Vrungel ("As you call a boat, it will float like that") in a combat situation does not work. Of course, all these "horrors" can shoot. Even sometimes they can hit targets. But it too rarely happens that this "can get".

So can your Kalashnikov appear in Ukraine? Can a nugget really invent something grand and relevant to world standards?

Alas, but miracles do not happen as often as everyone would like. And geniuses will not be born annually. For the most part, modern weapons are a symbiosis of engineering, engineering, and industrial production capabilities. The revolutionary idea should be embodied in those materials that can withstand this "revolutionism."

Therefore, no matter how much one wants to see a genius, any weapon is the fruit of the labor of many people. Sometimes even completely uninitiated in the course of what they do.

What are the main ideas of today incorporated in the concept of production of combat modules?

First of all, the module should provide reliable guidance and tracking for the entire period of work. Only in this case, the operator has the ability to quickly respond to changes in the situation.

Guidance should be performed on the horizon and vertical in the same mode. It should not suffer the accuracy of aiming. Regardless of the skills of the shooter.

The shooting of the combat module should be carried out in any position of the vehicle, regardless of whether it is on a flat horizon or is in the tilt position. In this case, the design should provide for the accounting of all guidance data in the automatic mode.

For this, it is necessary to ensure the autonomy of the sights (optical and television) and the mechanism of the gun (machine gun). This will ensure proper guidance. weapons and the safety of the sight when conducting active combat.

In general, as you can see, the modern combat module is not just a weapon with a remote control. This is really an automated complex of firing, capable of making decisions independently (for example, changing the type of ammunition or shooting interference during irradiation with the same ATGW), set corrections for additional data (without engaging the operator), and automatically tracking the following goals. That is, to perform many functions, thereby freeing the operator from routine work.

Can Ukraine today create at least something similar to such a complex? No matter how insulting Ukrainians will be, no. Lost technology, lost professionals, destroyed production. The fact that today Ukrainians can still belong, unfortunately for them, to the past century. Starting from engines for sighting mechanisms and ending with software.

Ukraine today is trying to transfer the philosophical law of the transition of quantity to quality in military production. But philosophy and production are somewhat different spheres.

A large number of "new" old modules - only the appearance of strengthening the army. Moreover, it is a direct indicator of the degradation of the Ukrainian army. Turning it into a numerous, but not battle-worthy horde. And the revival of the former scientific and technical ideas in the coming decades is not expected. Potential is lost forever.

And, most negatively, the new "partners" will only contribute to further regression. Why, for example, invent a new "Bulat" or "Oplot", if there is a "Leopard"? Which will be available for almost nothing? The first generation, of course. And so in almost all that relates to military equipment. There would be money and desire, as they say.

But since there is no money in / in Ukraine, and there are problems above the roof, then the admission to NATO is postponed for the time being. So, the old equipment under the new names is the only thing that stands in the future.