Syrian army surrounded a large group of militants in Aleppo

July 26 2016
27
Sources in Syria report that the Syrian government army, with the support of the local militia and the Republican Guard, has taken control of several sites in one of the strategic areas of Aleppo. We are talking about the Al-Lairamun district, which has been under the control of terrorists since the summer of 2012.

With the help of the 4 th mechanized division of the SAR forces, it was possible to take control of a key road junction in Al-Lyramoon, the bus station, as well as the territory where the amusement park used to be located. Information Service AMN reports that the bus station was the last object in the area of ​​Aleppo, which was under the control of the militants.

The map shows that the Fatah Halyab militant group, loyal to Dzhebkhat an-Nusre (banned in the Russian Federation), was actually locked in one of the Aleppo neighborhoods. The neck of the "boiler" is taken under fire control. 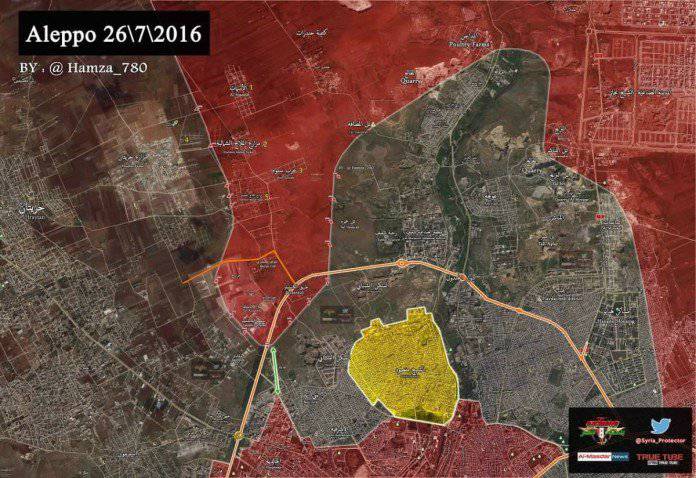 Government forces offer militants to fold weapon, however, they fire indiscriminately, which leads to the death of the civilian population in Al-Lyramoon.

At the same time, north-west of Aleppo, militia forces loyal to the government army took control of agricultural facilities, knocking out representatives of terrorist groups from there.

According to the source SANA, the Syrian army is currently conducting offensive operations in several provinces of the country. In addition to Aleppo, the Syrian offensive is developing in Deir ez-Zor, Daraa and Hama. It applies aviation. So, with the help of air strikes, it was possible to destroy several rocket launchers that were used by ISIS fighters (banned in the Russian Federation) in the area of ​​the settlement of Ankh al-Hawa. In social networks, a message appeared that in the Kalamun area one of the most influential ISIL field commanders in Syria Abu Bakr al-Tarabulsey was eliminated. 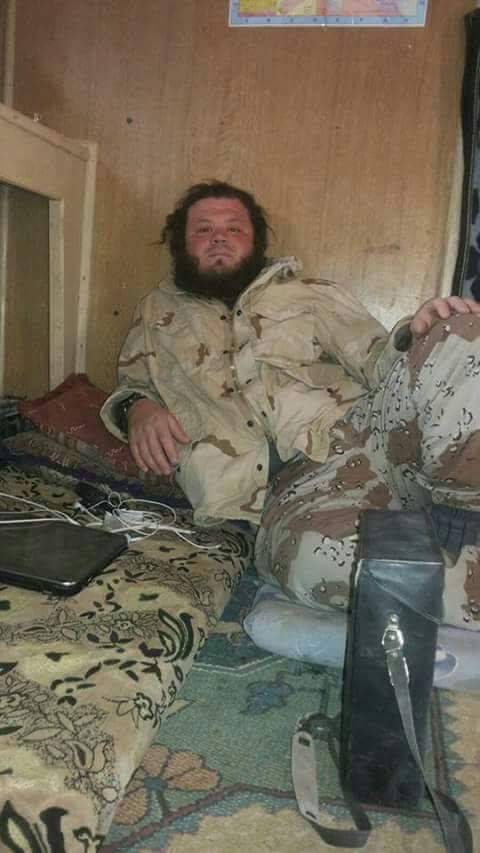 Ctrl Enter
Noticed oshЫbku Highlight text and press. Ctrl + Enter
We are
The action “Military service under the contract is your choice!” In Rostov-on-Don: future contract servicemen, exhibitions and “Russian Knights”Reports from the militia of New Russia for 2 September 2014 of the year
Military Reviewin Yandex News
Military Reviewin Google News
27 comments
Ad