July 26 2016
32
Washington is going to investigate the circumstances of the airstrikes of the US Air Force and its allies, which resulted in the death of 19 civilians in the area of ​​the Syrian city of Manbij 56 July, reports NEWSru With reference to the United States Permanent Representative to the United Nations Samantha Power. 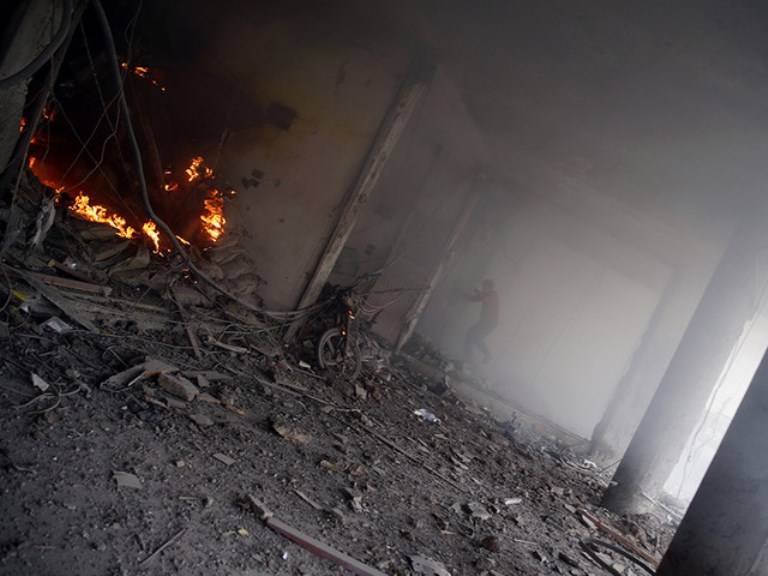 According to her, the United States is "theoretically" ready to take responsibility for the results of the investigation.

“If we determine that civilians were injured in Manbidge as a result of our strikes, then we recognize this and see what steps can be taken in accordance with the policy that President Barack Obama announced at July 1 concerning the actions taken response to civilian casualties in US operations, ”said Power.

She noted that "the United States will carefully and thoroughly review all of the credible information that we will be able to gather on the incident, including from organizations within Syria that document civilian casualties and are also now trying to investigate these events."

However, the investigation, according to her, is complicated by the fact that "Syrian civil society groups have limited access to the territories controlled by the Islamic State." However, "the United States is determined to do everything possible and understand what happened," said Power.

The Russian permanent representative, Vitaly Churkin, in turn, expressed concern that Washington would sweep the investigation of air strikes under the carpet. He criticized the words of Power about some "civil society groups".

“That is, there are no American drones, no American special forces in Syria, no special forces of American allies, no United States satellite reconnaissance capabilities, no videos in the end that all modern bombers make when they strike?” I would not like to believe that the military state of the coalition led by the US is so pitiable. This reference to civil society makes me think that we will never know the truth, that everything will be swept under the carpet ",
Churkin declared.

Earlier, the representative of Syria to the United Nations, Bashar Jaafari, accused the French Air Force of bombing local residents, who, in his words, avenged a terrorist attack in Nice.

“The IS militants were indeed in this village (Al-Tukhar near the town of Manbij), but left it after learning that French President Francois Hollande had promised to avenge what happened in Nice,” Jaafari added.

Ctrl Enter
Noticed oshЫbku Highlight text and press. Ctrl + Enter
We are
Results of the week. "Either true or all is well"
Military Reviewin Yandex News
Military Reviewin Google News
32 comments
Information
Dear reader, to leave comments on the publication, you must sign in.