Gap 120-mm mortar on exercises in the Nikolaev region

July 25 2016
131
The reports of the General Staff of the Armed Forces of Ukraine say that there was an abnormal situation at the “Wide Lan” training ground in the Nikolaev region. At the same time, a contingency is understood to mean the breaking of an 120-mm mortar that was used by the fighters of the Ukrainian army during the exercises. It is reported that the gap occurred around 11: 00 local time, with the result that one Ukrainian soldier was killed and at least eight people were injured. 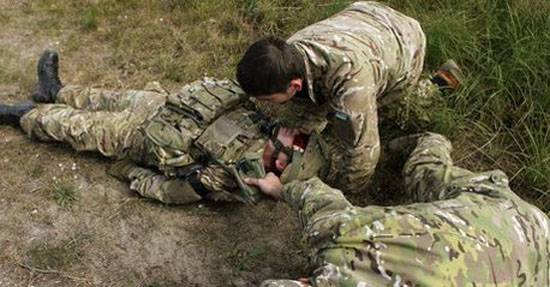 The wounded are transported to the nearest hospital.

From the message of the General Staff of the Armed Forces of Ukraine:

An operative group works at the site, an investigation is underway to determine the causes and circumstances of the incident.

The incident occurred during the ongoing joint exercises "Sea Breeze-2016." The exercises, in which representatives of the Ukrainian army as well as military personnel from other countries take part, are held at the testing grounds of the Nikolaev and Odessa regions from July 18. The teachings are divided into land and sea phases. The marine phase is held in the area of ​​Odessa.