Dust in the eyes in the Saudi desert: the sunset of the kingdom? (CounterPunch, USA) 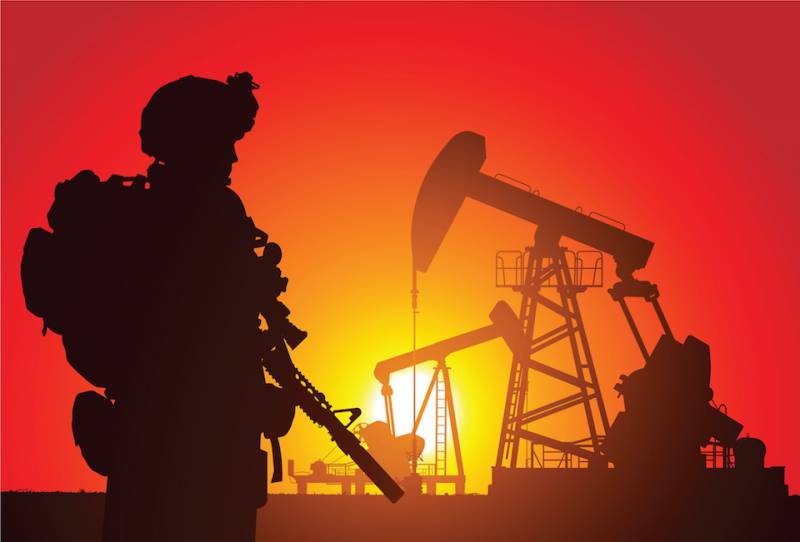 The Kingdom of Saudi Arabia (KSA) is in a desperate financial situation. Since the collapse of oil prices, money from the kingdom has flowed from all the cracks. Billions of dollars were allocated to them to support counter-revolutionary governments throughout the Middle East, especially Egypt, it was deeply involved in the Syrian conflict, and burns about 6 billions of dollars a month, waging war with impoverished Yemen.

To reduce the budget according to the Institute of International Finance, the country needs a barrel of oil to cost 104.6 dollars; today, the price is about 45 dollars per barrel.

With finance, it became so tense that, being the second largest buyer of weapons in the world in 2010-2014, the kingdom, as acting Crown Prince Mohammad bin Salman (MBS) said, intends to buy up from 50% of weapons from local manufacturers to help diversify economy. This idea is the same “crane in the sky” as the transformation of the KSA economy into the “innovative” one in the next few years.

Evidence of future financial difficulties is the fact that commercial banks have tightened the conditions for granting loans to everyone who is not a member of the government, and the government is the primary borrower, according to a high-ranking financial official in Riyadh. “There is a liquidity crisis in the banks, and it is precisely the government that is taking place, which is why companies are suffering,” he said.

Same история throughout the Middle East - the economy of the entire region is inextricably linked to the Gulf oil dollars - with wage delays and non-payment of contracts due to cash problems at the KSA government and large companies. Indeed, this week the Saudi construction company Binladin Group fired more than 12 thousands of Saudis, and 77 thousands more foreign workers pointed to the door.

According to some sources - in the press this is not reported - the state petrochemical giant SABIC also dismisses workers. With the drying up of public investment, like that of the oil giant Aramco, the money instead goes to Maaden, a mineral and gold company that remained in the shadow when oil prices were high, and now, in times of cheap oil, in priority.

In an attempt to mitigate such economic pressure, Riyadh plans to “Thatcher’s” sale of large state-owned facilities, seeking to knock out more money. This caused a big commotion and a lot of comments in the financial press, since the top of the pyramid is the Aramco privatization plan, and the stock market will have up to 5% of its shares, which is considered to be the world's largest oil producer, estimated at around 2 trillion dollars. The plan is related to the recently launched MBS “2030 Perspective”, to diversify the economy of the kingdom, with the departure from the production of hydrocarbons, which gives 70% of government revenues and makes 90% of exports. MBS has even stated that the economy will get off the oil needle by 2020; strange date because it coincides with when, as the IMF predicted, the kingdom can become actual Bankrupt.

The problem is that the KSA economy will not be diversified by that time, and, most likely, by the 2030 year too. As one analyst put it, MBS "rubs on everyone's glasses," hinting that a country can stay afloat without oil. Of course, oil is crucial for the possibility of diversification in the first place. And if oil revenues are not always available, but they are not available, then financing from private sources is necessary, and access to them in commercial banks is also limited. Moreover, Riyadh has been declaring the oil needle for decades, and yet the most notable financial success of these efforts is in petrochemistry, a secondary branch of oil production.

There was much talk about Saudization - hiring native Saudis instead of foreign workers. It also failed: now the Saudis make up the entire 40% of the labor market (and slightly less than the 30% work in the public sector). Even with the requirement for firms to hire Saudis, the private sector is reluctant to do that, as it turns out from a conversation with any manager, if this conversation is not intended to be printed: “I hired several Saudi women, as they are likely to be present at work, but hire men? Not. If I hire male Saudis, keeping them will be a problem, and often they don’t even show up at work.

In addition, they are difficult to dismiss. This is a headache, and it is counterproductive, ”said one of the managers of a Saudi corporation. Ultimately, companies hire foreigners to do the work the Saudis have to do. The same applies to all dirty and difficult work at the usual summer temperature 104 degrees Fahrenheit (+ 40 Celsius). However, by 2030, KSA will need an additional whole 6 of millions of jobs to meet the needs of a growing population.

“The government is no longer in a position to distribute jobs as horrible. It must overcome the resistance of the private sector, but this requires a radical reform of the education system, which will take years, since it is largely focused on scientific research, such as Islamic studies or mathematics, and not on professional and technical specialties, such as plumbing. This is a problem, and these jobs must be filled by the Saudis, otherwise there will be huge unemployment, ”says one London analyst.

Incentives for working in the private sector also need to be revised, because the unemployment program provides for the payment of benefits around 2 thousand riyals (533 dollars) per month, which is higher than wages for many jobs. Such privileges are under threat, but this is something Riyadh cannot afford to retreat because financial support from the government is vital for the government to remain in power. Even when the government tried to cut costs, for example, by cutting subsidies for water and electricity in December last year - water prices soared by 1000% - public outrage forced Riyadh to back down, and the Minister of Public Utilities in March said that citizens could permission to drill own water wells due to rising water prices; in April he was fired.

The biggest problem is with the MBS plan. The privatization of Aramco will force the country, as well as the company, to be more transparent, and this is what the Saudis have resisted since the nationalization of Aramco, and the updated estimates of oil reserves have not been published since the company was removed from Delaware. in 1980's.

Indeed, in order for investors to have at least some confidence in Aramco's IPO, it will be necessary to publish data on oil reserves, yet the executive committee from 9 members knows the true numbers, according to a source from Aramco. Moreover, based on the despatch of the US embassy from 2007 of the year leaked into open access in 2011, Saudi Arabia overestimated estimates of crude oil reserves by 40%. Sadad Al Husseini, the former president and leader of exploration at Aramco, was forced to tell reporters after this disclosure that American diplomats “misunderstood him,” and that he “in no way questions the data on Saudi Arabia’s proven reserves.”

Such concerns about actual stocks, as well as the price of oil on which to base the IPO, on 45 dollars per barrel or on optimistic 100 dollars? - likely to result in double listing, in CSA and in London or New York. In any case, only the major players are likely to get their share, because in order to gain access to the Saudi Tadawul Stock Exchange, foreign investors must have approximately 5 billion dollars in asset management.

The key figure in all this hype around 2030 Perspective is MBS, the son of an elderly and reportedly in a poor condition King Salman. Gamble on the subject of how long King Salman will last and whether he will replace the multimillion “if” - MBS on his throne. Undoubtedly, MBS annoys many in the ruling circles of KSA, as well as among the legion of members of the royal family. He is annoying and rich, constantly claiming that they have to contribute to the transformation of the country, he imposed a tax on undeveloped territories, on uncultivated land, which has long been used as a reward for services and for speculation. If MBs suffer disgrace, what will happen to Perspective and the privatization plan? Judging by how things are now, all this will turn out to be empty of dust in the eyes. But the clouds are undoubtedly gathering, as oil prices continue to be low, problems in the kingdom, as in the region, are multiplying, and, even from the most optimistic point of view, diversification efforts will go into the sand.

Ctrl Enter
Noticed oshЫbku Highlight text and press. Ctrl + Enter
We are
King Salman - "family sheriff" and the father of the astronautIran in the Syrian conflict. The confrontation with Saudi Arabia and the interests of the Shiites
Military Reviewin Yandex News
Military Reviewin Google News
82 comments
Ad