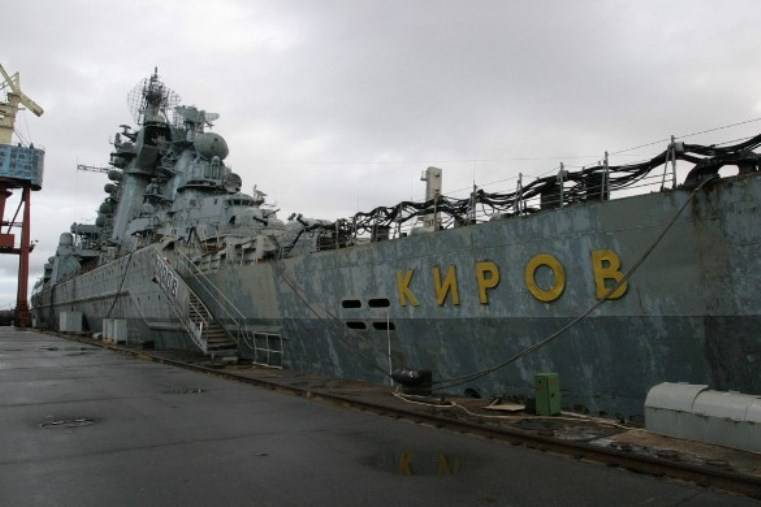 "The heavy cruiser Kirov is armed with twenty-winged P-700 anti-ship missiles of the Granit complex and equipped with a multi-layer anti-missile defense system. Weapon "Iowa" - three missile turrets and 16 anti-ship harpoon missiles. In addition, the advantage of the American battleship is heavy armor to protect the ship, crew and arsenal of weapons ", - leads the article RIA News.

According to the scenario, "the crews of both ships know the location of the enemy at a distance of about 500 km." The author notes that "at this distance, the main advantage of Iowa is leveled - its Tomahawka long-range missiles, against Kirov, are useless in this case."

“The cruiser launches all twenty Granites on target and begins to retreat, since it has already spent the entire stock of offensive weapons, with the exception of a pair of 130 millimeter cannons that are dangerous for the enemy in melee, but it would be for” Kirov is “too risky,” the expert writes.

Further, it is assumed that 2 Russian rockets fell into the sea, but Iowa is no better: “in order to shoot down the Granites, the battleship has only two Phalanx CIWS anti-aircraft artillery complexes, an EW SLQ-32 system and a dipole shooting system reflectors and create infrared interference Mark 36 SRBOC. "

“It’s impossible to predict how many missiles will pass through these missile defense systems,” the expert notes. But within the framework of the scenario, goals reached nine “Granites”.

“Suppose that one of the two main turrets is rendered harmless, but one more remains, and the engines are not damaged. Three 406-millimeter cannons are enough to destroy the Kirov, but even under the most favorable circumstances, the Iowa is only half a knot faster than the Russian cruiser, so it will be impossible to catch up with it from a distance of about 500 kilometers, ”the article says.

The battleship's chances are unlikely to increase when approaching the Russian ship: “Iowa needs to get close to Kirov a minimum of 107 kilometers in order to launch 16 of Harpoon anti-ship missiles, however, so few projectiles will have a hard time getting to the target through a three-layer missile defense system” .

According to the expert, "the only distance at which Iowa will destroy Kirov is 32 kilometers, but it is unlikely that the crew of the cruiser will let the enemy so close."