SS could not fulfill its mission 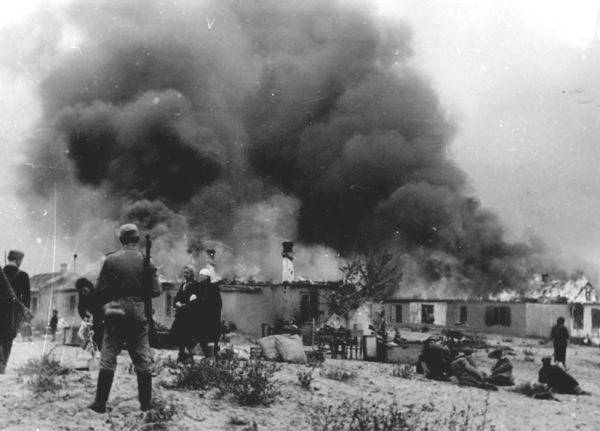 In conditions when the enemy forces exceeded the Soviet forces by several times in their number and technical composition, our soldiers showed fierce resistance, as evidenced by the defensive battles in the area of ​​the Mius River. It was here that the Germans were driven back several kilometers back, beyond the Sarmatian river. And then for several days the 1135th Infantry Salsky Regiment under the command of Major V.A. was holding back the advancing Nazi troops. Kuznetsova. His headquarters was surrounded. In the german ring tanks and motorized infantry On October 20, in the Turkov beam near the Sedovsky farm, tanks Kuznetsov was able to send his last report: “To Rybin. Tanks of up to 12 units with infantry surround the infantry and shell a lump. Paragraph. There are no means of struggle, except rifles and grenades. This is the last message. Kuznetsov. 20.10.41. Turkova's beam ". 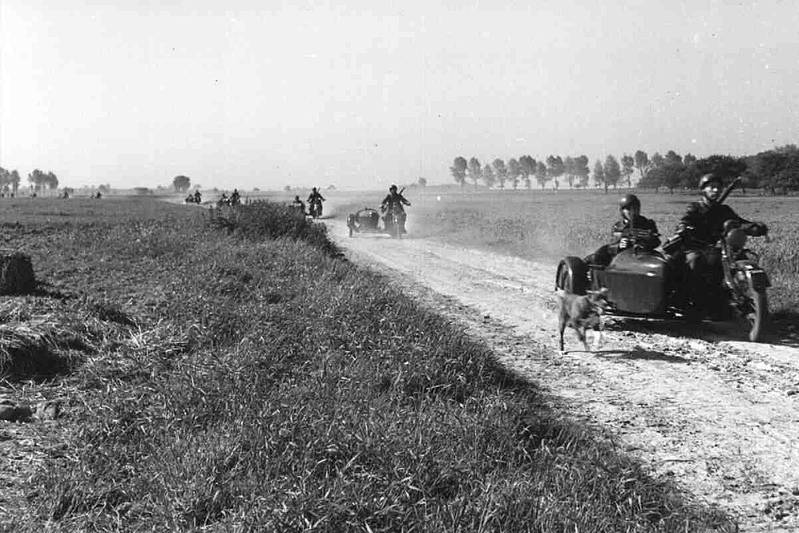 One after another, defensive sections are created on the territory of Russia, ringing large cities and strategically important areas, following the existing directive of the Stake to exhaust the enemy as much as possible, restraining his advance. This order was carried out at the cost of incredible efforts, despite the desperate attempts of the fascist German forces, who were rushing to seize the territory of the Soviet Union, especially the strategic sectors leading to the oil fields. And fighting areas at the cost of great losses with honor carried out the task. Thanks to the stubborn resistance of the Red Army units, the offensive initiative of the enemy was broken and the blitzkrieg promised by Hitler failed in the first months of the war. 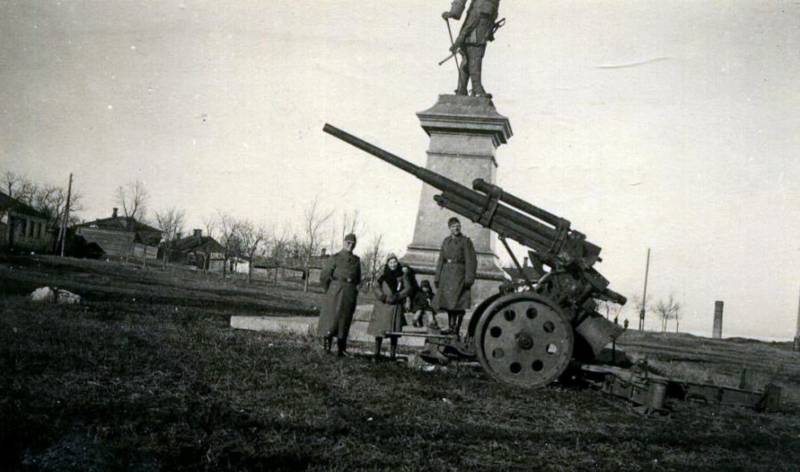 The so-called combat areas (orders) played their part in many ways. Adopted in the old Russian army, these concepts after the revolution passed into the field charters of the armed forces of the young Soviet republic. They did not lose their appointment in the 1930-1940 years, still being one of the main types of frontal defense.

In modern military science, combat sectors are considered in the light of specific tasks being solved by troops within them. So, they distinguish: “defense sites”, “concentration sites”, “landing”, “defense breakthrough” and others.
In this article, we will look at some of the formations and units of the Red Army that held the defense in the Taganrog battle area in October 1941. 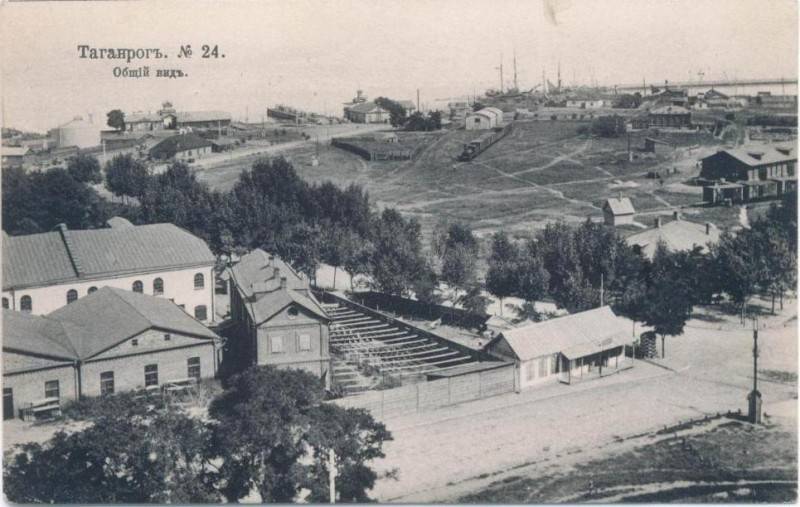 The Taganrog military station was created by the combat decree of the Southern Front command, as soon as the Germans from captured Mariupol moved in the direction of Taganrog and Rostov. See this document for details. It was completely named like this: “The combat order of the commander of the troops of the Southern Front No. 0191 / op to create a combat sector for the defense of the Uspenskaya-Taganrog line (October 10 1941).” The text stated the fact of the breakthrough of the front near the village of Volodarskoye and Mangush and low comforting - “the enemy occupied Mariupol”. It was ordered to fulfill the main task - to prevent a breakthrough to the east, to occupy the defense on the eastern outskirts of Mariupol and also to keep the defense in the area of ​​four settlements - Solntsevka, Pavlovka, Zlatoustovka, Cherdakly. 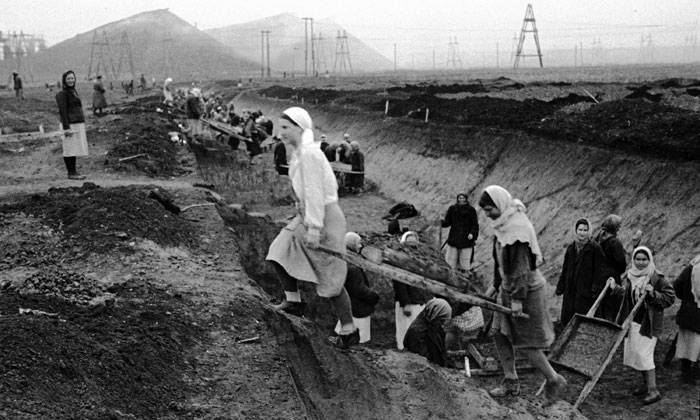 The creation of the Taganrog combat section was specifically stipulated. The main goal of which is to cover the Rostov direction. For this, two rifle divisions stood out: the 150 and 339, and the 20 anti-aircraft mortar regiment of the mortar company.

But the directive adopted “at the top” did not keep pace with the rapidly changing situation at the front. It became known that the enemy had already captured Mariupol two days earlier, and on October X, the Leibstandart Adolf Hitler motorized brigade of the SS continued to develop its swift offensive. This is how the article “Taganrog in World War II” by the French historian and writer Charles Trang is written about this: “October 10 The 10-I tank division replaces Leibstandard in Mariupol. "Leybshtandart" immediately rushes east, led by a reconnaissance group. 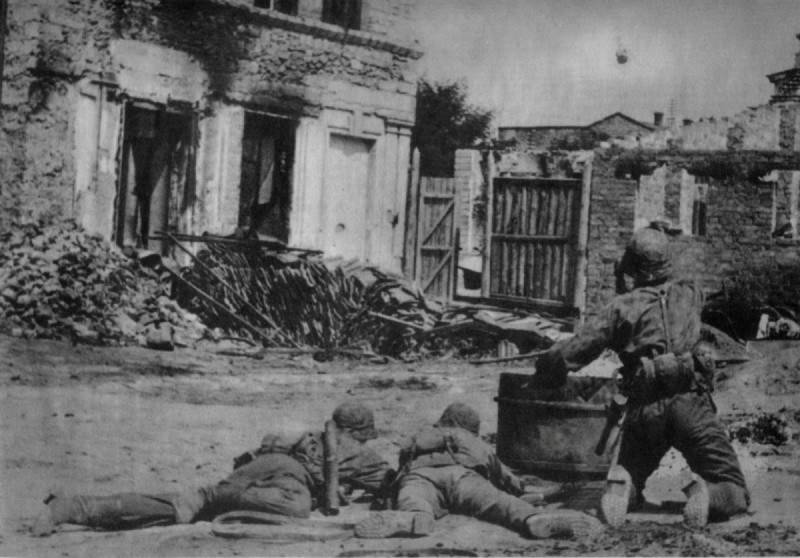 At this time, the SS scouts face many difficulties, and there is no longer any question of a lightning war. Indeed, the land has been conquered by deep ravines, which in this area are called "beams". In these clay and steep ravines are the units of the Soviet army, which should deter the advance of the German troops. We must fight for every beam that is not part of the functions of reconnaissance groups. ”

Therefore, to fulfill the order (more precisely, point 2 of the combat disposition) of the 9 army failed because of the difficult situation, and it was forced to retreat to Taganrog.

In accordance with the directive, other units of the Red Army were preparing to meet the enemy in the valley of the Mius River in the strip from Taganrog to the Uspenskaya station. However, if parts of the 9 Army retreated to Taganrog, then they should have participated in battles in this direction. But in the military documents of that period nothing is said about this. Moreover, and in stories The 9 Army of Taganrog as a battlefield of the 9 Army also did not find a reflection.

If, in the order above, instead of the vague wording of the 9 Army, “specific regiments and divisions were called“ defended ”, then today we would know exactly which units and subunits of the army reached Taganrog and took part in“ covering the Rostov direction ” . 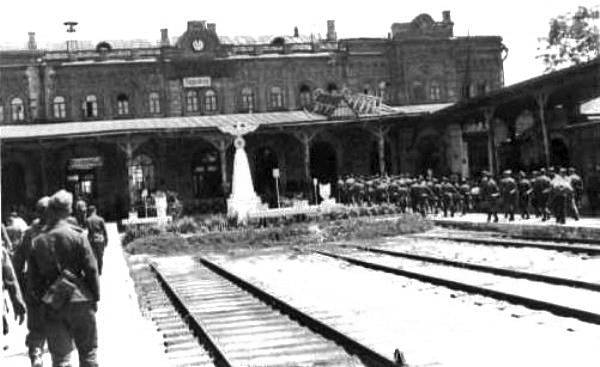 From archival documents it is known that the commander of the 9 army, Major General F.M. Kharitonov, executing the order, sends the 395 th infantry division and the mobile group of Colonel M.V. Kolosov in the 18 th army, and he himself remained with the 30 th Irkutsk-Chongarsky rifle division (commander - Major General MD Goncharov). At the same time, the remnants of the 51, 176 and 218 infantry divisions at that time were redeployed. ”

But if after the capture of Mariupol by the enemy, the 9-I army retreated to Taganrog, then why did the 395-I division as a combat unit of the 9-i army retreated in the direction of Stalino (now Donetsk)? A few days later the division will be introduced into the 18 Army, which was instructed not to allow the Germans to break through to Stalin. Thus, the command of the Southern Front strengthened 18, but at the same time weakened the 9 Army. Consequently, at that time, the defense of Donbass was a more important task compared to the defense of the Rostov direction.

In this case, the commander of the 66-th Armavir cavalry division, Colonel V.I. Grigorovich, who had two regiments at his disposal, was ordered to urgently organize an attack of the oncoming tank column in order to prevent the encirclement of the 31 of the Stalingrad division. There were no additional forces in Grigorvich and he had to attack German tanks with cavalry. Then military historians called this attack a gesture of despair.

Considering the fighting of the Red Army on the Taganrog military sector, it should be noted that the troops had to simultaneously solve the task of “covering the Rostov direction” and “preventing the capture of Taganrog”.

Despite the difficult operational and tactical situation, domestic and foreign historians found evidence of the unparalleled courage of Soviet soldiers who were able to resist the Leibstandart Adolf Hitler motorized SS brigade, which was in the vanguard of the third army corps of E. von Mackensen’s cavalry. In the Miuss estuary, for four days, from 10 to 14 in October 1941, units of the Red Army repulsed numerous German attacks and were able to stop them.

The stubborn fighting continued, the SS almost treading water and could not move on. The capture of Taganrog, scheduled for October 12, failed. On this day, the Soviet units received reinforcements, the 31-I and 339-I Rostov infantry divisions came to the battle against the enemy. “On October 14, the resistance of the Soviet troops was such that the SS could not fulfill their mission,” points out Untersturmführer C. Trang in his memoirs.

And only on October 15, the enemy managed to seize the village Nikolayevka, which opened the direct road to Taganrog. To the city remained no more than 10 km. 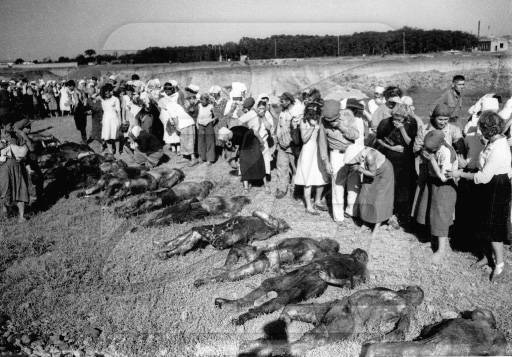 According to military historians, the missing link was taken by cadets of schools deployed in Rostov-on-Don, who were urgently sent by trains to the Taganrog area and given out one rifle to five.

The 150-th Infantry Division, before being on the Taganrog combat sector, reflected the enemy offensive near Dnepropetrovsk, being in the 9-th army. But on October 3, she was taken out of the army and transferred by train to a new area of ​​concentration. They became the eastern bank of the Mius River from the Assumption to Taganrog. About the transfer of the division said in one of the front-line documents, from which it became known that October 10 "on Art. Ouspenskaya unloaded 4 echelon divisions, 3 echelon - are on the way. "

On the combat route of the 339 of the Rostov Rifle Division until recently, there was little public information. The veil of "secrets" opened V.I. Afanasenko in the article “Unknown about Rostov Rostov 339”. The 339 Rifle Division was formed in August 1941 in Rostov-on-Don from the recruits of the city and region. The commander of the division appointed Colonel A.M. Pyhtin. The regiments of the division were named after the cities of the region, who took patronage over them. So, the 1133 th regiment became known as the Taganrog, 1135 th - Salsk, 1137 th - Rostov, 900 th artillery - Azov. During the formation of the division there were problems with personal and small weapons. From the funds of urban museums had to withdraw weapons from the period of the Civil War, suitable for combat use.

In connection with the difficult situation that developed around Taganrog, the commander of the North Caucasian Military District, Lieutenant-General F.N. Remezov was forced to send to the front a poorly armed division. Moreover, due to the lack of transport the division went to the area of ​​concentration on foot. “During the five-day march along the muddy steppe roads, the personnel of the division reached out to Mius in an extremely exhausted condition, with a large number of sick soldiers.” “The command determined the eastern bank of the Sarmat river, fifteen to twenty kilometers west of Mius, by the deployment of the 339 division. But the first meeting with the enemy occurred before the r. Mius, ”historian Dmitry Afanasenko told in his article.

October 12 1941 of the 339 Rifle Division restrained the attack of F. Kühn's 14 Panzer Division and the F. Eberhardt 60 Motorized Division north of Taganrog, from Bolshaya Neklinovka to Matveyev Kurgan. On this day, fierce fighting began. And in the morning of the next day, the head 1133 Infantry Regiment under the command of Major B.K. Aliyev in the area of ​​Bolshaya Neklinovka was attacked by enemy tanks and a Viking SS motorized brigade.