Does the Sultan forgive? 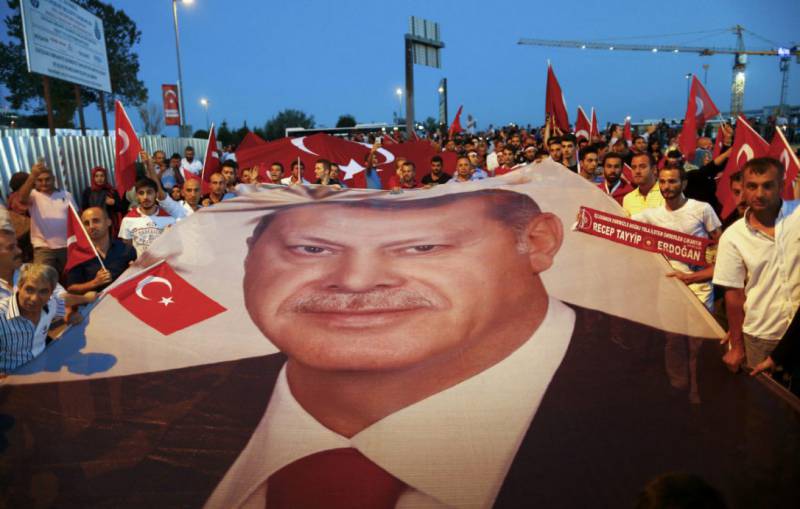 Since the relevance of topics related to Turkey in the Russian information space is gradually declining, it's time to draw some kind of political results. Moreover, the sudden transition from violent hostility with Ankara to an equally ardent friendship has caused at least a lack of understanding among many of our fellow citizens. And here it would not hurt to give some explanations.

To begin with the most important thing. Nobody asks to love the new sultan. Nobody demands to love the Turkish state or the people who caused us so much evil, even if we take only the latest history, that is, events after 1914 of the year and to our time. Also, no one demands to forget the perfidious attack on the Su-24. We must remember all this in order to eventually issue a historical bill once the opportunity presents itself.

But it is not about that now. At the moment, both Russia and Turkey are in a very difficult and in many respects similar situation. In simple terms, both our nations are preparing for the fate of sacrificial sheep on the altar of a new world order. The reasons are trivial - both the Russian Federation and the Republic of Turkey are too large and independent to leave them on the world map. Independence in the unipolar world is not welcome and is not forgiven.

By the way, by all signs such important countries as Egypt, Saudi Arabia, Iran and China were also sentenced to extermination. Yes, this is a completely different story, but it also has a direct bearing on our topic. Moscow has already tried to build a strategic partnership with China and Iran, and even to build a kind of common line with the Saudis. The result was rather bleak: Beijing and Riyadh did not cooperate with us, to put it mildly, and Tehran is now more interested in opening Western energy markets than in an alliance with the Russian Federation.

Thus, there are very few options for who to build allied relations with. Among the available areas was Turkey with its capricious and impulsive leader. Actually, neither we nor the Turks have any particular choice. The alternative is too obvious. Based on this understanding, it becomes clear that Moscow’s desire to re-establish bridges with the Turkish regime, even at the cost of losing its own prestige in the eyes of the external and internal audiences. This is a policy, and here such turns are in the order of things, especially considering how much the stakes are raised in the New Big Game. Americans, it is necessary to remember, if required, go and make great sacrifices.

Do not forget that Russia went on such unpleasant, but necessary exchanges before. For example, when, when specifying the border with the People’s Republic of China, we were forced to give several river islands to our neighbor, the network “guard patriots” also did not restrain attacks of righteous anger. In fact, it turned out that we saved ourselves from confrontation, like the one that is now unfolding in the South China Sea. They gave a little to win more.

Another example. In 2012, Russia reluctantly recognized Ukraine’s sovereignty over the island of Tuzla, provided that the key was retained in the Kerch Strait. Then this decision was also much and vehemently criticized. How it all ended in the end, we all know perfectly well.

The expression “geopolitical chess” has already turned sore, but it is the one that most accurately reflects the essence of what is happening. In real chess, the grandmaster sacrifices a piece in order to gain a strategic advantage on the board. In big politics do the same.

Interacting, Russia and Turkey have a chance to escape from a major war, as well as from coups and color revolutions, followed by the collapse of their own states. One by one, there are no such chances at all, since the initiative is deliberately transferred to the United States of America and their apologists for “controlled chaos”.

The situational alliance with Turkey is remarkable by the fact that in the event of its relative stability it will almost inevitably be joined by someone else who does not like the role of the sacrificial ram. It’s impossible to say who it will turn out to be so far, but it’s obvious that we will again have to sacrifice something substantial for the prospects of a potentially broad anti-American alliance, which we will conditionally call Eurasian. Or at least for the sake of a temporary breakdown of the plans of the “sole superpower”, which is also not so little. Time is the most valuable resource. And interaction with the Turks here remains the point of geopolitical crystallization. 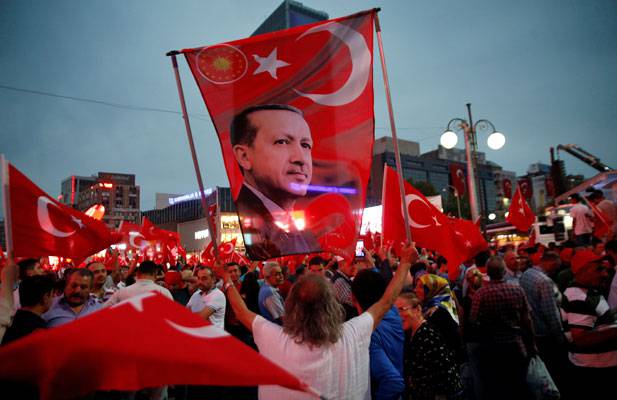 Once again, we repeat. The fact that state-owned media has at once switched from the hatred of praising Turkey does not in any way oblige us to do the same. The task of the media is to send signals, not only to the internal observer, but also to the external one. This is happening right now. Our civic duty is to correctly interpret the signals and not fall into hysterics.

Sludge left? Of course. Naturally, a person in his right mind and solid moral values ​​will no longer go to Turkey and will not buy goods from this country as before. But we are obliged to understand why such hearty porridge is brewed. As well as the fact that some things we simply can not say directly. Comments about “betrayal” only reflect our civil immaturity.

Ctrl Enter
Noticed oshЫbku Highlight text and press. Ctrl + Enter
We are
The world we leave, the world we enter, and the world between themSaratov club "Patriot": not to be afraid of the enemy and love the Motherland
Military Reviewin Yandex News
Military Reviewin Google News
106 comments
Information
Dear reader, to leave comments on the publication, you must sign in.