How to help Donald Trump to become president of the United States?

July 25 2016
39
Lawrence Wilkerson, the head of the apparatus of ex-Secretary of State Colin Powell in the presidential administration of Reagan, dissociated himself: "I consider it certain that John Brennan (director of the CIA. - Auth.) And others knew what was going on in Turkey, and it is absolutely clear that the United States had something to do with it. The United States has long been using coups as a standard political and military mechanism to shift the “problem” governments of those countries that are hostile to US interests. Under Reagan, the CIA conducted such secret operations with 58. ” 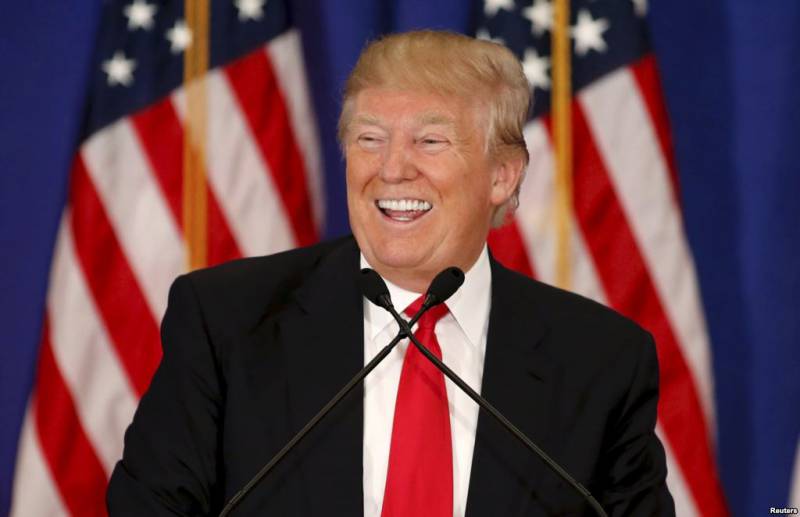 Note that Wilkerson did not mention either democracy or human rights, and this, in itself, is a sensational statement, made possible only by the ongoing struggle around the presidency of Donald Trump: Wilkerson wants to help Trump to become US president. We cannot use the “standard political mechanism” of the United States, however, why not contribute to Trump if the Wilkersons do it even at the risk of their position?

Trump's possible presidency is a geopolitical event, so a geopolitical event may also trigger it. For example, if Turkey, the victim of the coup with the "undoubted" participation of the United States, withdraws from NATO and announces, say, its neutrality. It's impossible? But after all, Sweden and Finland are militarily neutral, and they are also like partners of the United States, and close to the borders of Russia. And nothing, everyone is happy ...

After all, it is completely clear to everyone that Wilkerson told the truth that Obama-Clinton Washington "contributed" to the putsch in Turkey against the legitimate President Erdogan, and his "standard policy" failed again! You need to answer for this: Clinton must lose the presidential race! And for this, the United States must "lose Turkey"!

We are simply obliged to help Trump in this, although he is not at all a friend to us, he wants to revive “great America”. Feel Trump: “Americanism, not globalism, will be our credo.”

And what does Clinton carry with her? Global "mechanism of coup d'etat"! This is how well-known American expert Paul Craig Roberts characterizes her: “At present, the world faces the prospect that careless Americans will elect a distraught, incompetent criminal who is declared“ new Hitler ”by the president of Russia (Clinton). The statements of this stupid bitch, in fact, are a declaration of nuclear war. And this dangerous, reckless, incompetent comrade was chosen by the Democratic Party as the next president of the United States !!! ”

This is not only terrible, but truly scary compared to Trump. And for the American people too. Clinton is the inevitable world war. Trump is the hope that world war will be avoided because he is a sane person and loves his America. Therefore, we must help Trump with Turkey, with this we will help ourselves, the American and Turkish people. And Erdogan will be pleased with the role of "Middle Eastern Sweden."

Here I must also say about President Obama. He seems to be from the Clinton team, but ... I would not be surprised if he is also an "Putin's agent." Perhaps Vladimir Vladimirovich uses his talents "in the dark." After all, Putin is then scolding Obama, calling him “not professional,” or suddenly praising Obama, “giving him his due,” and right at his press conference to the whole world. Manipulates Obama, and he is as cool as an ancient African.

Take Washington’s latest “Olympic” hybrid strike against Russia: Obama, however, with it. And Vladimir Vladimirovich of ours is inclined by all the “independent” Western media, and Putin seems to give in, says only that “there is no place for doping in sports” ...

Our most steadfast observers are screaming: it's time to slam the Olympic door on these insolent and boorish people! And Putin is not clapping, waiting for something? What does Obama's long nose seem at last? Slam the door of the Olympics - this is an obvious move, it is not in the style of Putin ...

And about the murder of Sheremet. Let's help the investigation: it was not a murder - it was a penalty!
Kill and execute are two different things. Sheremet was his, Bandera "son of a bitch", however, he was executed. Perhaps he became the owner of some alternative information, maybe about the murder of his friend Nemtsov, and this version is expressed.

Maybe he became a sacred victim, which, with the Belarusian-Russian past, this Bandera is not sorry. Death for Bandera, according to fascist concepts, it is an honor! Just Bandera wants to eat! The whole political get-together in Kiev is going through this now: who will be its next victim?