NATO covering troops in the Baltic States will not stop Russia (The National Interest, USA) 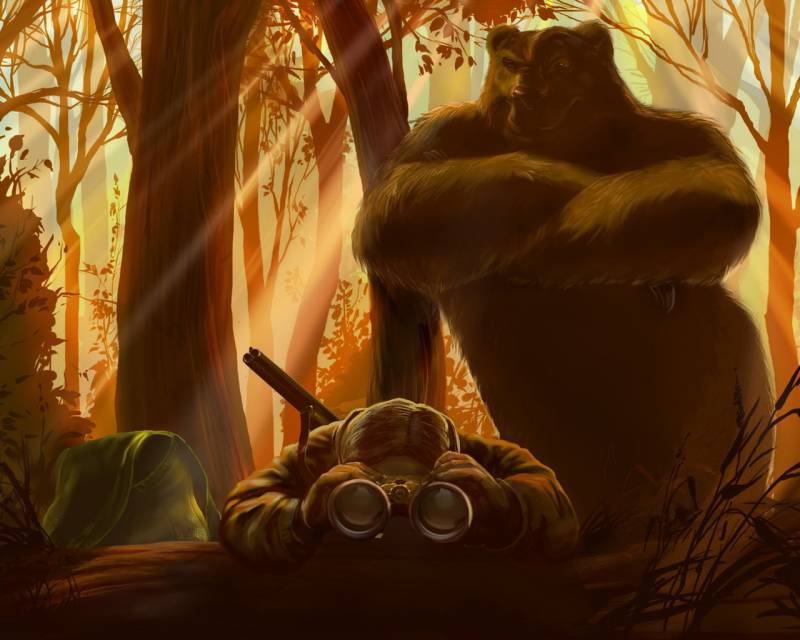 At a recent summit in Warsaw, NATO officially announced its intention to deploy four battalions in the Baltic States from the beginning of 2017, in order to deter Russian aggression. They will be located in Estonia, Latvia, Lithuania and Poland (there will be an American battalion in Poland). These small units will play the role of covering forces, signaling Russia that an attack on one of these states will immediately entail an escalation and lead to a full-scale conflict with NATO. That is, four battalions must convince Russia that an attack on one of its Baltic neighbors is too risky, since the result will be a big war with the United States and its European allies.

NATO cover forces will not hold Russia if it decides to launch an offensive on the Baltic States. Simply put, weak power cannot be evidence of full determination. A strong and wealthy country like the United States costs almost no battalion in Poland. The fact that the deployment of these troops does not create real risks and costs for the United States and its NATO allies, at the same time signals another. Russia is unlikely to believe that the alliance is sufficiently motivated to escalate and use such forces that will throw Russia out of the Baltic country it has seized in the event of a containment failure.

I studied all international crises from 1945 to 2007 the year in which the United States threatened to force this or that state to change its behavior. I found out that the threats do not produce results when they are not backed up by anything, because the devalued threat does not indicate the complete determination of the United States to defeat the stubbornly resisting enemy. Such a state believes that an unsupported threat can be fulfilled, but doubts that the United States is ready to put significant forces and means into action for a long time to win a decisive victory over the enemy after the initial use of force cannot change it. behavior. The battalion, which the United States plans to deploy in Poland, is too small to convince Russia of its American readiness to do everything necessary to prevent the invasion of the Baltic states.

The concept of covering troops (placing small forces in a particular area to signal its strategic importance to both opponents and allies) gained popularity in the early stages of the Cold War. Economist Thomas Schelling (Thomas Schelling) called the cover forces one of the ways in which the United States can signal to the Soviet Union its determination to defend Western Europe. The promise to protect your own country can be believed without a doubt, but various signals that you are ready to defend the territory of another country from the threat to its existence cause a skeptical attitude.

The covering forces are restraining the enemy invasion of the ally’s territory not by depriving the aggressor of the possibility of achieving his goals. They have a different purpose. They guarantee that the invasion will entail a dramatic escalation of the conflict after the entry of these forces and troops of the attacked ally. The main thing is to signal to the aggressor that you are determined to send additional troops to the combat area after breaking through the positions of the covering forces. In the era of "massive retaliation" at the beginning of the Cold War, the United States deployed troops in West Berlin as a kind of nuclear cover force, showing that an attack on them would entail a nuclear escalation. This decision was an extremely risky and expensive enterprise - and therefore it was a strong signal that the United States was determined to protect the city. But this cannot be said about NATO troops, who will be stationed in the Baltic States at the start of the 2017 of the year. Although NATO has never officially abandoned the idea of ​​using nuclear weapons in order to protect its territory, it is impossible to believe that the alliance will actually decide to use such weapons during the conflict, having done so for the first time since 1945, especially because repelling a Russian invasion with nuclear means will damage the very country that NATO is trying to to protect.

In the non-nuclear world of 2017, the deployment of symbolic forces in the Baltic States will be too weak and an unconvincing signal of US determination. Supposedly, the United States agreed to send troops to Poland due to the fact that they had already planned to deploy the headquarters of the ground combat brigade there, and because Poland had the necessary infrastructure for these forces. This new NATO mission will cost the United States very cheaply: it will only be necessary to slightly increase the size of the group that was planned to be created a long time ago. But precisely because of the simplicity and cheapness of this enterprise, these troops cannot become an effective force to deter the Russian invasion of Poland.

If and when deterrence fails, the United States and NATO will have to decide whether they will stop Russia and how to do it. The RAND Center recently published the results of several war games with scenarios involving Russia's invasion of the Baltic states. These results are very disappointing for NATO. Russia will be able to seize the capital of the Baltic States for 60 hours. In the event of an attack, the United States and its allies simply will not have time to transfer reinforcements to the Baltic States to help cover troops.

If we think (and we think so) that the United States will not want to send several divisions to Poland or Estonia, then the political leadership will probably prefer one of the cheap methods of delivering remote attacks to force Russia to retreat. it aviation, cruise missiles, drones, or some combination of these funds. Like the symbolic cover battalions, these funds are quite cheap and do not pose much risk to the United States when used. It is for this reason that they are so attractive. But as my research shows, the United States will not be able to force Russia to change its behavior by threats alone, or even by the limited use of weak forces. Weak forces in no way can signal the complete determination of the United States to achieve its goals. They will only demonstrate that the United States does not intend to risk something really valuable and for a long time to suffer heavy losses due to the fact that they really do not care.

So what awaits the United States and its allies if Russia decides to invade NATO territory? Covering forces are not an effective deterrent in case Russia attacks one of its neighbors, and these nominal troops are not ready to block the Russian army from entering the Baltic capitals. The threat of air strikes, too, will give nothing for the above reasons. If the United States really wants to keep Russia from attacking the Baltic States, then the only chance for success is the use of brute force. Without the deployment of troops and equipment at the forefront, this will mean only one thing. It will take a large-scale use of brute and powerful force in order to dislodge Russian troops from their positions, which were well-prepared for several weeks, in densely populated areas, where there is good access to Russian internal communications. NATO, on the other hand, will have to figure out a jumble of privatized railways and comply with EU rules on the rest of truck drivers carrying troops and supplies to Eastern Europe. In addition, the United States will have to fight for the first time in a long time with an adversary that possesses serious air defense forces and means, not to mention nuclear weapons. It is one thing to introduce a no-fly zone in the sky over Libya and launch drones there, and quite another to act in the same way on the territory seized by Russia.

Cover troops are the worst course of action the United States can choose. They will not be able to stop Russia if it starts a decisive attack on the Baltic States. And since these covering forces will in no way deter the Russian invasion, the American soldiers will be in a dangerous position for the sake of an incomprehensible strategic goal. Remember, we talked about how difficult it is to convince an armed invader that you will defend a neighbor's house? Here is one way. You send to the house of a neighbor of one of your young children. Or even better - put your child in the most prominent place on his porch. Now the potential invader will definitely find your promise to protect the neighbor’s house convincing. Until the United States takes the same expensive step, until it places five divisions from 18-year-old recruits, that is, the children of their country, their promises to defend the Baltic states will not convince Russia that America is ready to devote forces and means to repel its attack. .

The United States must take an expensive step and place enough forces and means in the Baltics to deter the Russian invasion and to prepare for the defense after the failure of deterrence. Or they should admit that they are not interested in this, that they lack motivation, and that they will stay at home. At best, deterrence forces will have the same effect as inaction. And at worst, the Americans will start to perish aimlessly, and Russia will experience a keen sense of insecurity. One way or another, half measures are worse than the absence of any measures.

Ctrl Enter
Noticed oshЫbku Highlight text and press. Ctrl + Enter
We are
What to do with the refugees? Eastern Europe to host thousands of Africans and AsiansRepublic of the former USSR. Latvia: years without “occupiers”
Military Reviewin Yandex News
Military Reviewin Google News
65 comments
Information
Dear reader, to leave comments on the publication, you must sign in.