CNN: one of the "Munich shooters" specifically aimed at children

July 23 2016
73
One of the criminals who organized shooting at people in Munich on Friday, specifically aimed at children, reports RIA News CNN message. 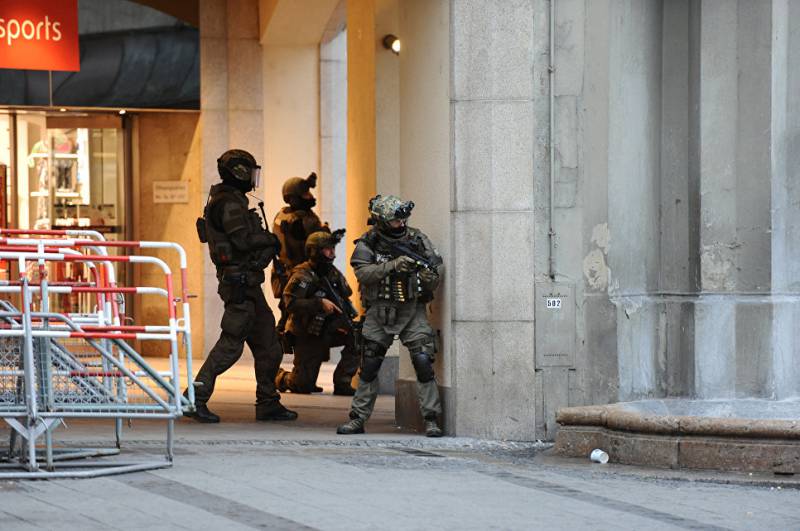 The channel's journalists are referring to the episode that took place at the McDonald's restaurant. One of the eyewitnesses told them that “an unknown man entered the toilet of the establishment, where he charged weaponand then went outside and opened fire on people, aiming at the same time at children. ”

Channel experts have suggested that the offender fired an 9-mm pistol.

Recall that on Friday in the shopping center in Munich, unknown persons opened fire on visitors, resulting in the death of 9 people.

The Minister of the Interior of the Federal Land of Bavaria, Joachim Hermann, said yesterday that “at least one shooter acted,” although before that eyewitnesses had reported three criminals.

It was also reported about the shooting near the metro station "Marienplatz".

Later, the police reported that an 18-year-old from Iran shot in the shopping center area.

“The suspect, according to the data that the investigation currently has, is 18-year-old German Iranian from Munich,” said Hubertus Andre, the head of the city police, told reporters. The criminal is destroyed.

Ctrl Enter
Noticed oshЫbku Highlight text and press. Ctrl + Enter
We are
Reports from the militia of New Russia for 7 September 2014 of the year
Military Reviewin Yandex News
Military Reviewin Google News
73 comments
Information
Dear reader, to leave comments on the publication, you must sign in.