"Break the pattern about the Holodomor" 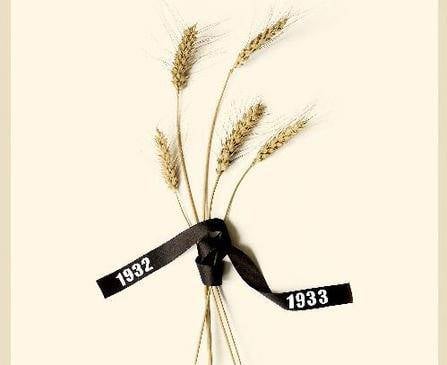 The Ukrainian woman had a break in the pattern when she read my lines that “Ukrainian nationalists organized the Holodomor on Ukraine 1932 / 33 of the Year”.


The naive Albanians believe that the Ukrainian nationalist government, which in recent years 25 has brainwashed Ukrainian children with a lie about the Holodomor, could tell the truth about the role of Ukrainian nationalists in organizing hunger. If today we see crowds of “maydauns” furious in Ukraine, then we must clearly understand that the modern Ukrainian historians who prostituted on the Holodomor played a leading role in the ideological rallying of these crowds. In Soviet times, Ukrainian historians were well aware of the causes of the famine, but after the formation of the Ukrainian state, they suddenly shut up and began to substantiate the formerly once fascist and marginal lie about Stalin, the hater of Ukrainians. Tom Stalin himself, who then literally saved the Ukrainian peasants from starvation and to whom only for this must be monuments in every Ukrainian village.

Being a specialist in stories hunger 1932 / 33 year, I will briefly summarize the essence of what happened then.

Stalin's agrarian reform was supposed to deprive the traditional sources of profits of the kulaks. Therefore, the kulaks rebelled against voluntary collective farms at first, using all the levers of influence available to them. The authorities responded with dekulakization and complete collectivization. Essentially in 1929-1933. the country was a civil war around the collective farms. The poor were to the death of the collective farms, fists just as desperately fought against. The middle peasures split depending on local conditions. There was a regularity: the greater the profits from the grain trade the peasants had in the region, the more massive and tougher they fought there against the collective farms. Remaining on the ground after dispossession (dispossessed only part of the fists), the fists were forced to join the collective farms. But then they began to organize for sabotage on collective farms. The purpose at first was simple: to prove to the authorities that the collective farms are not viable, then, they say, the government will return, as it was. Destruction of working livestock, weed infestation of fields, delay in sowing time, poor-quality cleaning. Harvest rotting in the fields, burned in the fields and barns. It is clear that yields have plummeted. In order not to suffer themselves, in order to deprive honest collective farmers of at least some crop, bread was plundered and festered in the pits.

In 1931, a drought struck. The authorities somehow managed to cope with its consequences, using their old reserves. And then the opponents of the government had a chance - another such poor harvest and the outbreak of hunger would repel the starving poor people from the support of collective farms, a general peasant uprising would either overthrow Soviet power, or at least sweep the collective farms. The fists themselves were never afraid of hunger - the kulaks in the famine of the poor always made gesheft. Only in the spring of 1933 of the year were they expecting political gesheft.

Under these conditions, all anti-Soviet forces joined the organization of hunger and preparation for the uprising. The position of Ukraine turned out to be extremely vulnerable precisely because there the neighboring states and the Ukrainian nationalists agreed on the seizure of Ukraine from the USSR in the wake of a hungry uprising. There even the local bureaucracy, who almost all sympathized and subordinated to the nationalists, began to play up to hunger. The fact that they could not destroy in the fields and steal, was vigorously removed from the peasant barns and - attention! - Burned in front of the peasants with the words "To the Muscovites did not get!". The leader of the Western world, England, severed economic relations with the USSR, pushing him into the abyss of famine. Discussing the issue of purchasing grain at the Politburo meeting, Stalin admitted that, according to his information, this would be denied to the Soviet Union.

The Stalinist team then saved Ukraine by a miracle. On the Ukrainian fields, left without working cattle, columns of new tractors moved, while the Volga region was forced to plow on cows. Totally changed the local bureaucracy. Hit on gangs and underground groups of nationalists. The frenzy of hundreds of thousands of refugees stopped, and they moved to look for well-fed areas where the whole country was starving. Urgently stopped the movement of wheat on export contracts, returning grain directly from the ports. The grain, squeezed out of the starving Russian regions by thousands of railcars, was sent to Ukraine to at least feed honest working collective farmers and carry out the decisive sowing of spring 1933 of the year. The Communists were obliged to hand over for seed a portion of the grain obtained by workdays. They thrashed the straw to get at least some crumbs. Opened the pits, promising to forgive those who will bring the stolen.

All this is not known to the modern Ukrainian citizen, stunned by a quarter of a century of nationalist propaganda, and therefore supported the "maydaunov."

Ctrl Enter
Noticed oshЫbku Highlight text and press. Ctrl + Enter
We are
About Stalin and KhrushchevWhat you didn't want to know about England
Military Reviewin Yandex News
Military Reviewin Google News
309 comments
Information
Dear reader, to leave comments on the publication, you must sign in.