The failure of the bombing of Moscow 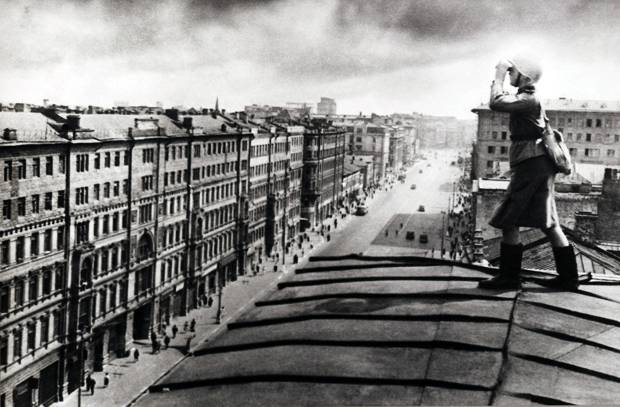 On the night of July 21-22, 1941, the first massive Hitlerite raid was successfully reflected aviation to our capital

During the Second World War, many cities were literally wiped out by massive aerial bombardments. Such a tragic fate could have comprehended Moscow, if not for the efforts and skillful actions of our air defense forces.

Even 8 July 1941, Hitler put the command of his aviation, "Luftwaffe", the task of delivering massive air strikes and level the capital of the USSR with the ground. After 10 days in the directive №33 from 19 July 1941 of the Year “On the further conduct of the war in the East”, the Nazi “Führer” demanded that the German aviation accelerate the start of an air offensive against Moscow.

During the war years, our capital was not only a political symbol, but also the most important hub of transport communications, and the center of military production. The mass bombing of the Germans in the capital was supposed to be both a propaganda and purely military success of Hitler.

The leadership of our country realized that Moscow would inevitably become the goal number XXUMX, to which the efforts of the enemy’s aviation would be directed. Therefore, to protect the sky of the capital at the very beginning of the war, the Moscow air defense zone was formed, which included the 1 th anti-aircraft corps and the 1 th fighter air corps.

But weapons, the sky of Moscow was covered over 600 searchlights and 124 aerostat barrage. To control this mass of troops, almost 40 thousands of kilometers of telephone lines were laid!

The first domestic radar station monitoring the airspace RUS-2, created a year before the start of the war and deployed near the city of Mozhaisk, was used as a means of early detection. It made it possible to detect in advance the movement of enemy aircraft, and then could transmit information for the guidance of fighter aircraft and target designation of antiaircraft artillery.

In addition to the radar station, near Mozhaisk, emergency radars were created in Klin, Kaluga, Tula, Ryazan, Mytischi, Vladimir, Yaroslavl and Kashin. But it was the Mozhaisk station RUS-2 near 22 of 21 hours of July 1941 of the year that at a distance of about 100 km discovered the first masses of enemy aircraft, moving towards Moscow.

In 22 hours of 05 minutes, the air defense units of Moscow were declared combat readiness number XXUMX. On the streets of the capital, an air-raid alarm sounded ... All in all, Moscow sent over 1 enemy bombers that carried more than 220 tons of high-explosive bombs and 100 thousands of incendiary to Moscow.

Had this armada appeared in the sky of Moscow, the capital would have been awaited by massive destruction, huge fires and, as a result, not only the death of many people, but also the disruption of military traffic and military production of the capital's factories. It would be a moral blow to the citizens of the USSR from the destruction of the capital against the background of the successes of Hitler's ground forces.

The German bombers had by that time had considerable experience in successfully bombing London and other cities in England. However, the Nazi plan for Moscow's air terror failed. At the distant approaches to the capital, Luftwaffe bombers were met by our air defense fighters. They were particularly active in the zone of light fields, which created the searchlight units, which "caught" enemy aircraft with rays of light and did not release them.

Air defense guns fired not only to the defeat of the detected aircraft, but also created barrage fire that broke the air structure of the enemy bombers. Already on the outskirts of Moscow, Soviet night fighters conducted a series of air battles and shot down German aircraft with 12. Anti-aircraft defense systems destroyed 10 enemy aircraft.

Conceived by the command of the "Luftwaffe" plan for the raid on Moscow was destroyed. Many of the German bombers turned back, other groups of enemy aircraft changed the course of flight, trying to get to the city from other directions. As a result, a massive raid was scattered on the outskirts of the city. Only Hitler's individual aircraft managed to appear over Moscow that night, most of them aimlessly dropping bombs on the fields and groves near Moscow.

The 220 raid of enemy bombers continued from 22 hours 25 minutes 21 July to half past four in the morning 22 July 1941 year. As a result of the skillful actions of our air defense forces, the Germans did not manage to inflict significant damage to Moscow.

Two days later, the most distinguished fighters and commanders of parts of the Moscow air defense zone were awarded prizes for successfully repelling the first massive enemy raid. Five soldiers were awarded the Order of Lenin, and 22 received medals "For Courage".

Until the end of 1941, Moscow still had to repel 121 with a massive air raid by enemy aircraft. But it was precisely the first success gained on the night of July 22 that showed that our capital was securely covered from aerial terror.

Ctrl Enter
Noticed oshЫbku Highlight text and press. Ctrl + Enter
We are
Diplomats of the People's Commissariat of Defense: on the eve and during the warMyths of the Great Patriotic. Papier mache helmet
Military Reviewin Yandex News
Military Reviewin Google News
35 comments
Ad