July 22 2016
51
The Russian frigate “Admiral Grigorovich” performed artillery firing in the Black Sea, fragments of which were shown by the Zvezda channel. Reports about it Rossiyskaya Gazeta. 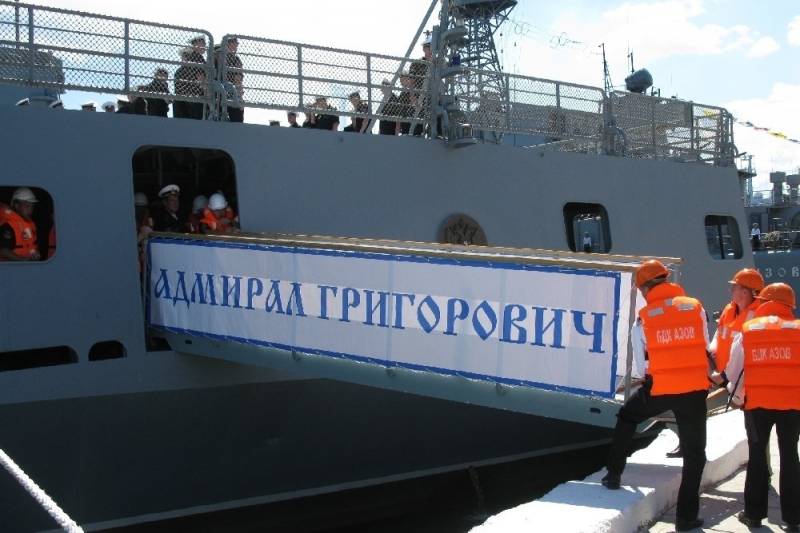 "Shooting was conducted on a towed sea shield and dropped aviation targets, ”the report says.

It is noted that in the framework of the exercise "the crew of the frigate also worked out the tactics of delivering a missile strike and defense from the means of air attack of a conditional enemy."

Help newspaper: "frigate" Admiral Grigorovich "project 11356 transferred to the Russian fleet in March 2016, the ship is equipped with a missile attack system" Caliber-NK. " Sailing range is about 5000 miles. Maximum travel speed - 30 knots. Crew - 200 man. "Admiral Grigorovich" is the first of a series of ships that will become part of the Black Sea Fleet in the coming years. "