I am a juvenile child 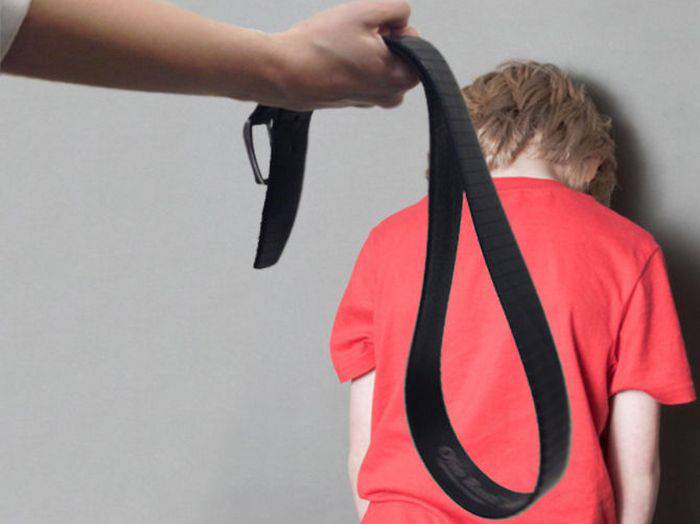 Passions about the adoption of juvenile laws in the Russian Federation could not leave me indifferent, since the juvenile system played a significant role in my childhood and adolescence. I will disappoint many: you will not hear from me about the "horrors of juvenile fascism", I will just tell my personal history.

I was born in an ordinary “Soviet” family, my father was an engineer, my mother was a technologist at the plant, non-drinkers, intelligent, and generally a normal family. In the early years, I was a calm, obedient child, but by the time of 7 I began to form a character, and not an easy one. I became more self-willed, restless, began to acquire a personal point of view on any occasion.

Well, as usual in such cases, my father, in the best traditions of Soviet education, began to “heal” such excesses of disobedience with a belt. But something went wrong: instead of the desired results, such a “therapy” caused opposite results.

As a child, I did not understand the whole essence of my misdeeds, and each “belt explanation” caused far from childish indignation in me, and the explanation of “what for” after such a punishment was simply ignored by the consciousness fixated on pain and resentment.

Over time, it only got worse, my studies went downhill, my behavior was aggravated, and as a result, the punishment became more frequent. On the street and at school, I began to often get into fights, even knowing that I would get it, would start with a half turn for the slightest offense. In other words, I became a juvenile sociopath with whom even the yard dweller did not want to hang out.

When I turned 10 years old, my parents began to seriously worry about my future and look for ways to solve the problems of my upbringing, however, continuing to firmly believe in the power of the “life-giving belt.”

Mom offered to radically change my environment. Under this thought, my father found a "Jewish grandmother", and we ... moved to Israel.

Of course, the move did not change anything. The environment really changed, but the “principles of upbringing” in the family remained the same. At that time, of course, none of us knew about the Israeli juvenile laws.

Everything changed by chance, when I was already 11 years old. After the next portion of the “belt therapy”, I got into a fuss: something overwhelmed my patience. I defiantly ran away from home.

Of course, my parents filed a statement about my flight to the police that evening, and the patrolmen quickly caught me. This is where our acquaintance with the "juvenile world" began. The police transferred the case to the social service, where we were summoned by order the next morning.

The social worker, after listening to us, told my parents about the prohibition of “physical punishment” and issued an order to visit the family psychologist (from the social service) once a week. My father was indignant for a long time, of course, about “interfering with family affairs” and “removing litter from the hut”, but, as a truly law-abiding person of Soviet education, he fulfilled all the requirements strictly.

In the first week, I reveled in the feeling of “freedom and impunity.” To put it mildly, I broke the chain. Having suffered a week of my antics, my parents, out of despair, turned to the same social worker, who brought me back to the “sinful land”. I was clearly explained what unpleasant consequences my behavior is fraught with.

And at the first meeting with a psychologist I, who decided to “score” on this case, were taken by the police on a court order.

Our family psychologist turned out to be a master of his craft. He did not even try to climb into all our squabbles, but literally in two years he taught us to LISTEN and, most importantly, to HEAR each other’s point of view and to conduct a DIALOGUE. My father sacrificed the conviction that I “have no right to my own opinion because of my age,” and realized that the phrase “because I said so” is not an explanation of my demands. He learned to explain in words how I should behave instead of trying to work out a conditioned reflex to punishment in me.

And I, in turn, got rid of the ingrained prejudice to the words of the parents and the habit of “turning on the horns” without hearing it.

Of course, we quarreled, cursed, like any parents and children, but we learned to negotiate and not to go beyond. And I finished school and university “perfectly well”.

Today I am an adult, I have my own "restless" children, but I am doing quite well, including thanks to the experience from my childhood. I scold, punish, but never allow myself to raise a hand on them, and I will not allow anyone (children's fights are not counted).

"Juvenalka with a human face." As a supplement, I want to talk about Israeli juvenile services.

Jews historically revered family and family traditions, so the juvenile laws were initially perceived by Israeli society in hostility. At first, not everything was smooth, there were excesses and abuses, but in a few years an optimal system was developed:

1. Tight control over social welfare services by the executive and the judiciary.

2. The absolute absence of orphanages, which makes it impossible to turn the system of weaning children into "business".

3. The right of a family falling into the field of vision of social services is to demand a change in the social worker who oversees their case, while feeling prejudiced.

4. The legislative order to social services to make every effort to preserve the integrity of the family and a wide range of instruments of assistance, including financial "for the needs of the child" for poor families. And also the duty to take into account the opinion of the child.

5. Judicial practice of non-deprivation of parental rights, except in cases of causing serious harm to the child. Even in the case of alcoholics and drug addicts, deprivation is temporary, until rehabilitation.

I agree that today juvenile laws in Russia will do more harm than good, but I want to focus on the fact that the main problem is not in the juvenile system itself, but in the conditions of its place of application.

P.S. Those who are going to write comments in the style of “they thrashed me with a belt, but I grew up a man,” I will ask a simple question: why then any official / boss, clothed with a drop of power, almost with impunity, goes as he pleases to people like you?

And I will answer myself: in your subconscious mind, he is “a father with a belt,” which you cannot bring yourself to cross. Reflex!

Ctrl Enter
Noticed oshЫbku Highlight text and press. Ctrl + Enter
We are
White balls in memory of the victims of fascismIs there a solution to the problem of patriotic education of young people? Private initiatives
Military Reviewin Yandex News
Military Reviewin Google News
433 comments
Information
Dear reader, to leave comments on the publication, you must sign in.