The collapse of the eurozone in 2012. Looks like the issue has been resolved. 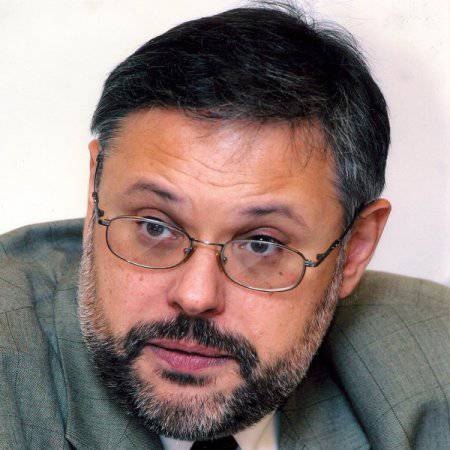 For anybody, it is not a special revelation that fact that discussions about the future within the framework of elites take place behind closed doors. At an early stage, they can be made available to the general public only if there is a severe split of the elite, although at this stage sometimes experienced analysts can say something. But then the next stage begins - when some decision is made, it must be made customary for society. Only after this stage can one begin to institutionalize it; otherwise, the effectiveness of such an action will be extremely low.

So, it is possible that today the elites of the European Union are at the transition from the first stage to the second - in terms of discussing the future fate of this education.

Note that in order to assess the situation with the prospects of the euro area and the European Union, it was not necessary to be a particularly shrewd specialist - the problems here, as they say, were visible to the naked eye. Another thing is that the range of possible solutions here is so large that it is almost impossible to evaluate the one that is implemented in practice. Again, there are quite large groups of “interested comrades” who are trying to prevent the issue from going in one direction or another. Someone, for example, wants to save the euro at any cost, someone, on the contrary, is ready to put up with the exit of individual countries from this zone, just not to maintain the standard of living of their citizens at some not too low level at their own expense. There are other options that, however, it is not necessary to list - the essence of the matter does not change.

In other words, today there is a conflict inside the elite, and the need to prepare citizens for all sorts of controversial courses of action. And in this situation, you need to very carefully monitor the various leaks of information. And they certainly happen. So the other day, in an interview with the German newspaper Bild, one of the five economic advisers to the German government, Beatrice Weder di Mauro, said unequivocally that while the collapse of the eurozone in 2012 would be a “bad option for all participants”, it cannot be completely excluded . She also warned that if the financial crisis is quickly stopped, it could lead to a recession in Germany, the economy will fall by 0,5% and trigger unemployment. Finally, she clearly stated how Germany plans to combat the lag in the PIIGS countries (Portugal, Italy, Ireland, Greece and Spain): "countries with a high level of debt should provide a long-term program to overcome the crisis."

On the question of who is to blame for the euro crisis, Weder di Mauro said that some countries had a hand in this, creating too much debt, the banking system did not stand aside either. There are great fears now that they may not pay the debts. Markets are nervous now, and politicians are doing too little. "If we manage to take a debt settlement pact and stick together to stabilize the euro, no significant losses are expected. Otherwise, the consequences and costs are incalculable," she said in an interview.

As always, it was not said to talk about exactly how the crisis can be overcome - well, it doesn't matter. The given interview is not the information itself, it is a leak, and you need to pay attention not to the main message, but to additional details. It can be more or less clearly translated as follows: we, of course, understand that it is no longer possible to save the situation, but we cannot speak of this as a fait accompli. We understand that the consequences of the crisis can be grave, and we hint at this, and then - having ears, let it be heard. And in order to make everything clearer, we are directly saying that in order for everything to be good, you need to do a thing that you definitely cannot do.

It all looks rather gloomy and cynical, but there are no options - as I said, in the outgoing year everyone already understood that the old options for life and economics do not go away, and no one has yet come up with new ones - so you have to describe everything within the old models: in our case, the collapse of the eurozone. The fact that this may not help, no one no longer considers it at all, it is already beyond the typical variants that are considered by experts and politicians.

So, it is quite simple to understand the pre-Christmas revelations of a German expert, there is no only an answer, not a question of what will actually happen in the eurozone, and in the European Union. You can, of course, throw Greece, Spain or even Italy out of the euro zone, but the question of the living standards of the population still does not solve - it will no longer be possible to build up debts, and you have not come up with another way to find means to stimulate demand. And this means that the socio-political model of the European Union, that for its current composition, that for the “truncated” one, will not work.

Theoretically, it can be assumed that this question simply has not yet emerged from the first stage described at the beginning of the article, that is, it is discussed in closed session. However, all sorts of information that comes from behind closed doors, both direct and indirect, suggests that the West European elites are not at all ready to change the model. So, for the time being they will simply increase the flow of information about the inevitability of the collapse of the euro area, and then the European Union, and then put all this into practice. For more complex actions they are not yet ready.