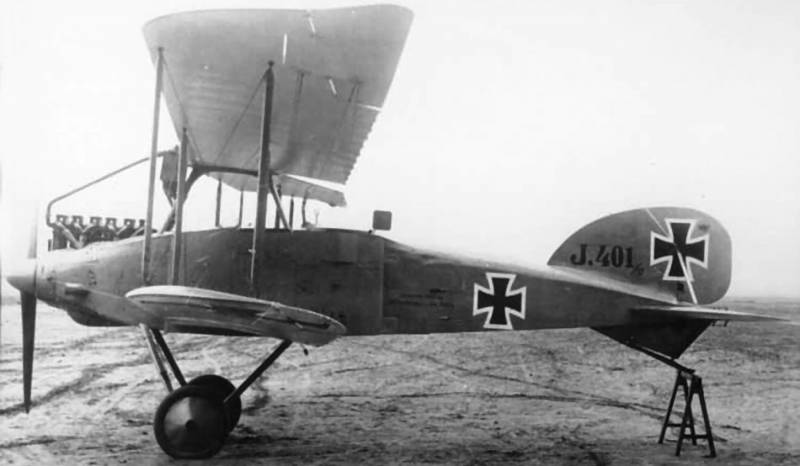 As you know, the first Tankswho entered the battle exactly 100 years ago were English, and after the British they began to build and use the French. The Germans, in the matter of creating ground-based armored combat vehicles, were far behind their opponents. However, they have an unconditional priority in the development and use of "flying tanks", that is, armored combat aircraft designed to attack ground targets, which will later be called militants in Russia, and even later - attack aircraft.

The first such aircraft was built in 1917 year by the company "Albatross Flugtsoygverk" designed by engineers Schubert and Telen. His photo is placed on the screen saver. The aircraft, which received the Albatros JI index, was a biplane of mixed construction with wooden wings and a tail part of the fuselage, taken unchanged from the scout Albatros C.XII. The central part of the fuselage was an armored box riveted from steel sheets 5 mm thick, which housed a double cabin and a gas tank.

The armament consisted of one Parabellum machine gun and two Spandau machine guns with 1000 rounds of ammunition, fortified in front of the cab at an angle of 45 down and firing through holes in the bottom of the fuselage. In addition, 30-50 kg of small bombs could be placed in the rear cockpit, which the shooter threw by hand, aiming "at the eye." Some cars were additionally equipped with the latest weapons - Becker automatic cannon caliber 20 mm, mounted on the left side and was used to fire ground objects. 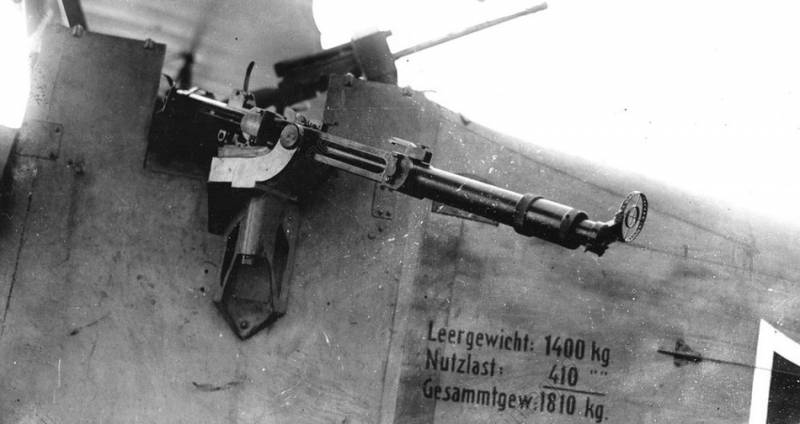 The aircraft was highly appreciated by the German command, who ordered 50 copies first, and then increased the order to 240. However, their combat use showed that booking JI is not enough. Outside the armored hull there was a very vulnerable water cooling engine that could be “turned off” with a single bullet. In addition, downward machine guns turned out to be ineffective, as they were fired blindly.

Given these comments at the beginning of 1918, the aircraft was fundamentally refined. The new modification, named J.II, has armor covering the entire front of the vehicle, including the engine. There was also armored bottom and side radiator, mounted on racks in front of the upper wing. It can be said that the booking of J.II was in part even better than that of the twin variants of the Il-2 attack aircraft, in which the arrows sat behind the armored corps and died more often than the pilots.

The increase in the number of armor led to a significant weighting machine. He tried to compensate for the installation of a more powerful engine, however, the flight characteristics of the J.II significantly decreased compared to JI. In particular, the maximum speed dropped from 160 to 140 km / h, maneuverability and rate of climb also deteriorated. However, for the attack aircraft, the degree of protection was considered a more important indicator, and J.II launched into serial production instead of its predecessor. On the prototype and the first serial copies there were still inclined machine guns, but then they were replaced by synchronous ones, shooting in the direction of flight, so that the pilot could see where he was firing.
Until the end of the war, according to various sources, they built from 90 to 120 copies of J.II who took part in the final battles on the Western Front. 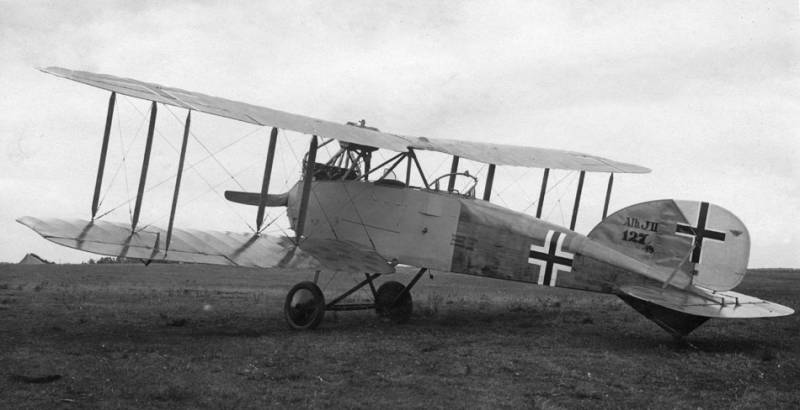 Albatros J.II on trial. The armored body is painted gray, the turret machine gun is not installed.

Another type of armored attack aircraft, adopted by the German Air Force in 1917, was an aircraft developed aviation A branch of the Algemeine Electrics Gesellschaft concern (abbreviated AEG) under the designation AEG JI In terms of layout, size and armament, it corresponded to Albatross JI, but in design it was a more advanced machine with an all-metal frame welded from thin-walled steel pipes.

Sheets of armored hulls 5,1 mm thick were fastened to the frame with bolts screwed into threaded bushings. Armor weight was 380 kg - more than a quarter of the total mass of the machine. The armor held the usual bullets of rifle caliber at distances 100-200 meters (depending on the angle of contact), and armor-piercing - at distances from 500 meters.

In 1918, the second modification appeared - AEG J.II with a slightly elongated fuselage and an increased steering wheel to improve stability and controllability. This modification is shown in the splash screen. The armor case is painted with brown red lead, the other surfaces are covered with camouflage “lozeng” fabric. By the end of the war, AEG airplanes became the most widespread type of armored attack aircraft in German aviation, all in all, 607 units were built - almost twice as many as the Albatross. Below - pictures of AEG JI 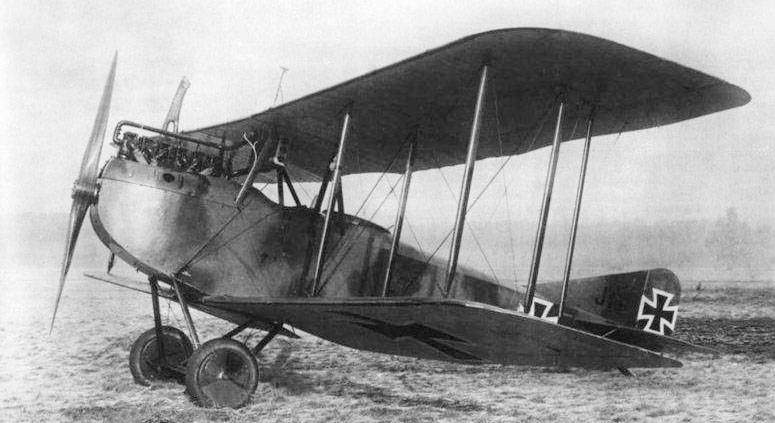