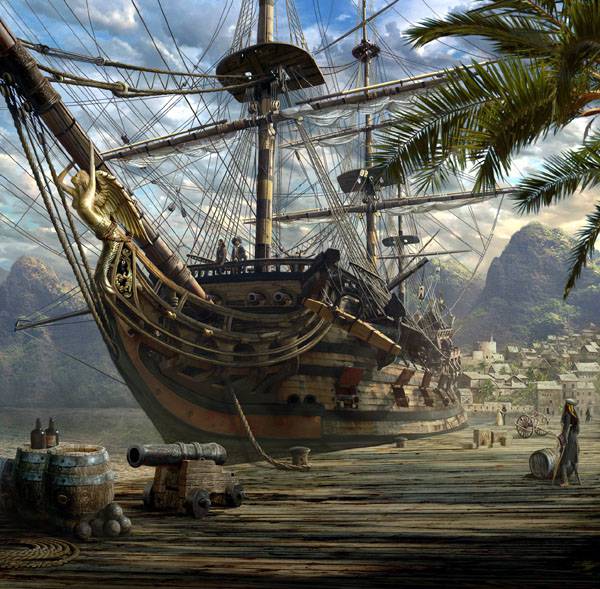 346 years ago, 18 July 1670, the signing of the Madrid Peace Treaty, which concluded the six-year Anglo-Spanish war, took place. In accordance with this agreement, the island of Jamaica moved from the Spaniards to the British, almost by 300 for years, becoming a British possession. From this day began the short period of heyday of Port Royal, the largest city of Jamaica at that time, which became a quarter of a century not only the official capital of the colony, but also the unofficial capital of the pirates of the Caribbean, and also, according to his contemporaries, "one of the most depraved on the ground".

In Port Royal, British corsairs were based, robbing Spanish galleons with gold and silver in South America. In wartime, they did it with the legal consent of the local authorities, and in peacetime - with the illegal. In the same place, in Port Royal, very clearly shown in the famous movie about Jack Sparrow, gentlemen of fortune squandered, lost, drank and lowered prey to prostitutes so that, having spent everything, go to a new foray. It is not surprising that life in the town was fun, romantic and adventurous, although not suitable for everyone.

However, 7 June 1692, all of a sudden ended in a terrible earthquake, which, naturally, was perceived as God's punishment to the nest of vice and its inhabitants mired in mortal sins. As a result of the earthquake and the powerful tsunami that followed it, almost two thirds of the city went under water, and not a single building survived in the remaining territory. About the strength of the tsunami says the fact that more than 20 ships stationed in the city bay, drowned, or were cast ashore, and the 32-gun frigate "Swan" threw on the roof of a two-story stone building.

Of the six and a half thousand permanent residents of Port Royal, at least three thousand were killed in a few minutes. More than two thousand more died in the coming days and weeks from injuries, hunger and thirst. But the survivors confirmed their reputation of the inveterate scoundrels, having lived well on marauding.

Gradually, Port Royal, whose area was greatly reduced, began to rebuild and revive the old order, but after 11 years it was again destroyed, only this time not by water, but by fire. A huge fire, which arose for an unknown reason, burned everything that had been restored by that time. However, pirates are stubborn people. Using the slave labor of the blacks, they once again revived their capital, but it was as if the curse really lay on the city. In 1728, a new fire broke out, raging for three days and again turning Port Royal into smoking ruins. No one considered the number of victims, and the survivors seemed to believe that God himself opposed the existence of this city. It was no longer rebuilt, and the capital of Jamaica was moved to Kingston, where it still remains.

On the screen saver - a picture of the South African artist Sarela Terona "Pirate Ship". 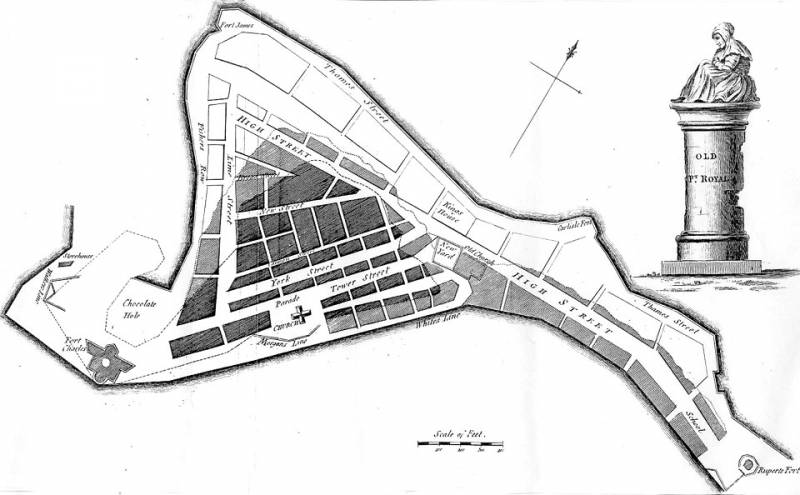 Map of Port Royal before the earthquake. The city stood on a long, expanding cape. Hatching marks areas that have not gone under the water, and dense hatching marks quarters standing on high ground and not washed away by the tsunami. 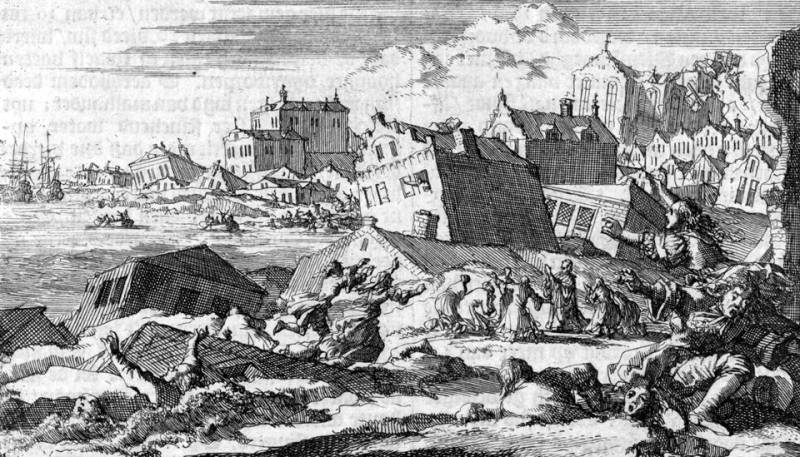 The earthquake in Port Royal on ancient engraving. The moment when the wave has not yet covered the city is depicted. 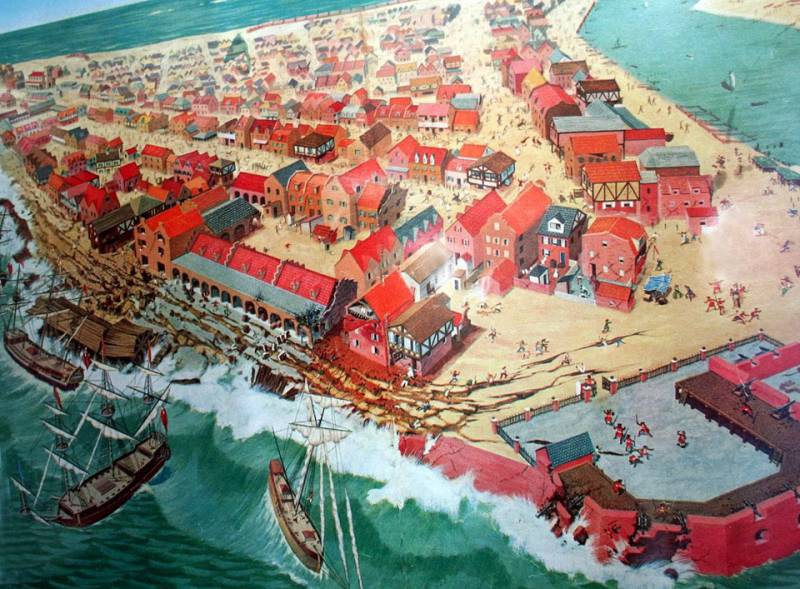 Modern design with the same storyline. It can be seen how the soil near the shore cracks and slips into layers in water. 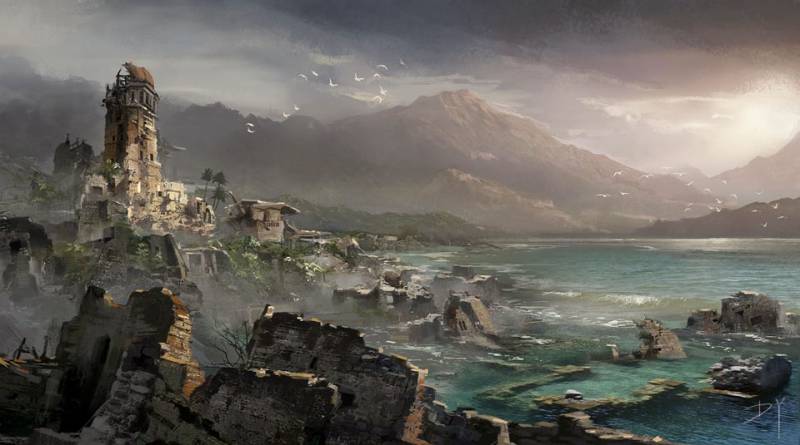 Ruins of Port Royal after the earthquake. On the left is a partially surviving city lighthouse. Now he has nothing left.

Ctrl Enter
Noticed oshЫbku Highlight text and press. Ctrl + Enter
We are
West Indies Regiment: British troops in the Caribbean and their modern heirsPirates of the West Indies and the Indian Ocean of the second half of the XVII - early XVIII centuries
Military Reviewin Yandex News
Military Reviewin Google News
18 comments
Information
Dear reader, to leave comments on the publication, you must sign in.