July 20 2016
74
The tests of the AK-12 are still ongoing, and upon their completion, the military will decide on the operation weapons in troops, transmits RIA News message from Rostec CEO Sergey Chemezov. 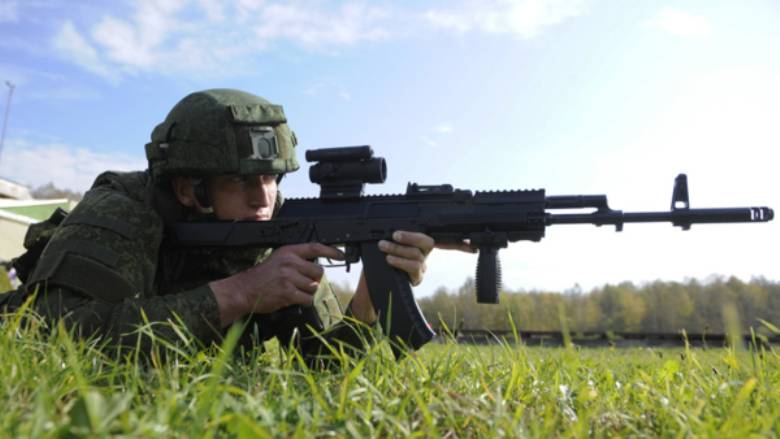 Recall that the Ministry of Defense will have to make a choice between the Kalashnikov assault rifle and the AEK-971 production plant them. Degtyarev.

“There the tests are still going on, they must be completed now. The tests will end and then the Ministry of Defense will decide whether to include the AK-12 into the “Warrior” combat gear, ”
Chemezov told reporters.

Earlier, Deputy Defense Minister Borisov said that the “automatic machine for the“ Warrior ”will be determined during trial operation,” which takes place in all military districts.

Ctrl Enter
Noticed oshЫbku Highlight text and press. Ctrl + Enter
We are
The action “Military service under the contract is your choice!” In Rostov-on-Don: future contract servicemen, exhibitions and “Russian Knights”Combat gear "Warrior" on the way
Military Reviewin Yandex News
Military Reviewin Google News
74 comments
Information
Dear reader, to leave comments on the publication, you must sign in.