About Maidan mriyah and the Russian immune system

July 21 2016
151
What to do when you are 27, you have Ukrainian citizenship, your father is one of the activists of the Maidan and the Right Sector, an organization banned in Russia, you are the former representative of the women's hundreds, while performing concerts for thugs from the Ukrainian punitive battalions ? Well, of course ... With this track record, you should definitely go to ... St. Petersburg - with the announcement on all social networks: "Peter, hello !!!!", with "emoticons" in the form of hearts, bears and kisses: 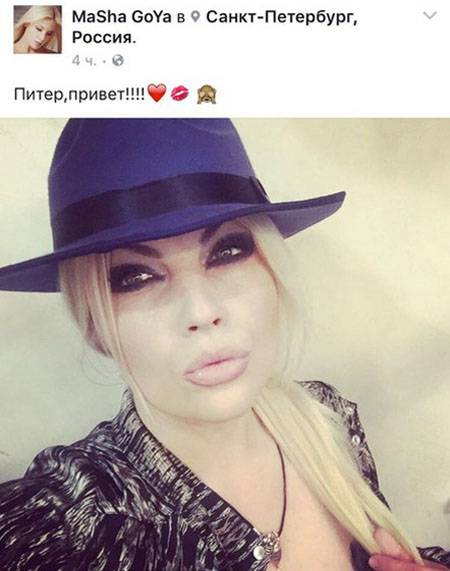 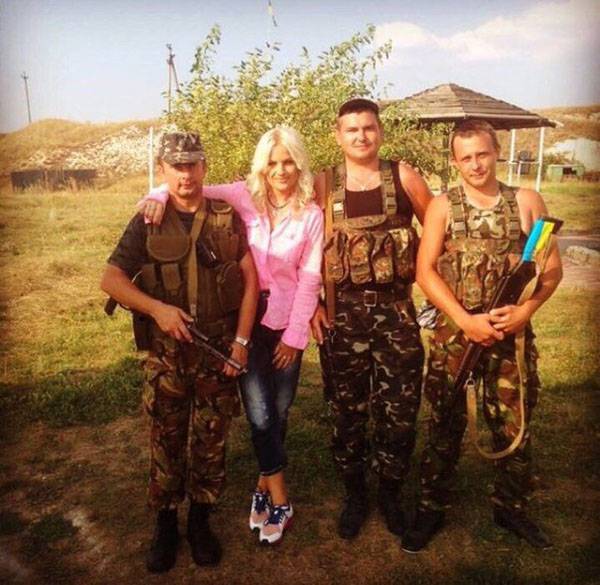 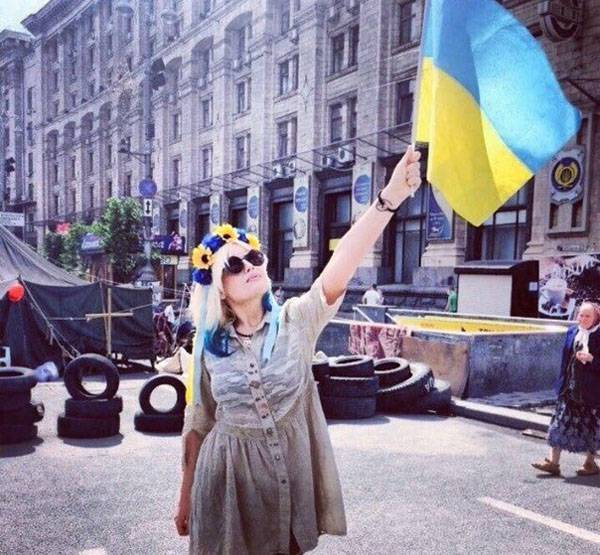 Such a love for Russia suddenly became apparent ...

At first they thought that the “singer” decided to recall Russia as a participant in the show “The Voice” - a homemade series. However, it now turns out that Ms. Shapovalova (the real name of the guest of the Northern capital) was invited to a certain narrow row party, during which, according to the bloggers, they consider situations of “mass discontent of the people with the political course of the country's leadership”. Who organized such a small party - is not yet known.

It would seem, why we should pay attention to such separately taken visits of Ukrainian guests - our country is not closed, there are still no official entry bans such as Ms. Shapovalov, so far, “Peter, hello .. . "In every sense of the word.
Recently, however, the press and the Internet have increasingly begun to flicker. news that Ukrainian and not only Ukrainian “maydannye” activists suddenly became frequent visitors to Russia and began organizing the aforementioned small parties in Russia. So, 18 of July of the current year in the city of Yalta (Republic of Crimea) the next Maidan activist Larisa China was detained. Information about the detention of the Chinese, actively advocating a review of the outcome of the Crimean referendum, trumpeted the Ukrainian media, calling the detention "the arbitrariness of the occupying authorities."

In social networks, Ms. China has caused such that, by decision of the relevant authorities, most pages in the territory of the Russian Federation were blocked. The main motive of this Chinese publication was to immediately launch initiative groups from the opponents of the Russian authorities in the Crimea and promote the idea of ​​leaving the Crimea from the Russian Federation with the transition “under the Ukrainian wing”. Extremism in statements is obvious, and the Chinese must now explain to the competent authorities what exactly and by what patterns it was preparing to put together ...

At this very time, the website of the Ukrainian diplomatic mission in Russia continues to “broadcast”, if I may say so, on the Russian users of the Global Network. On the main page of the site "flaunts" banner, in English calling "to stop the Russian aggression." Another banner, also in English, announces that Ukraine is “under attack”.

Last year, a material was published on our website, dedicated to the fact that, in terms of informational impact, the website of the Russian Embassy in Ukraine looks like childish talk on the background of what is presented on the website of the Ukrainian Embassy. Since then, nothing has changed fundamentally, except for the appearance of pdf-versions of all editions of the White Book of violations of human rights and the rule of law in Ukraine. The lack of, let's say, informational pressure on the site of the Russian diplomatic mission, apparently, should be attributed to diplomatic canons.

Against this background, attention is drawn to the publication of the journalist Yevgeny Yushchuk on pages of the resource "PolitRussia". The article tells in great detail that Russian diplomacy is sometimes too diplomatic. It is diplomatic to such an extent that it sometimes does not attempt to distinguish destructive organizations from constructive ones in the direction of funding through the Foreign Ministry and Rossotrudnichestvo.

Thus, the material states that funds from the Russian embassy in preparation for the celebration of the Day of Slavic Literature and Culture were sent to Switzerland to private schools, one of which, Perspektivus, is under the patronage of a resident of Germany, Valeria Scholz, who is a member of the Ukrainian Oreredok group Basel. This group, in turn, repeatedly “glowed” when raising funds for weapons and ammunition for the punitive battalions “Right Sector” and “Aydar”. In one of the reports of the "volunteers" in the group, it was reported that pravoseki and aydarovtsy received uniforms, thermal imagers and even military drones from the "Ukrainian Seredka Basel". In response, a “volunteer” structure from neo-Nazi armed groups received such gratitude. 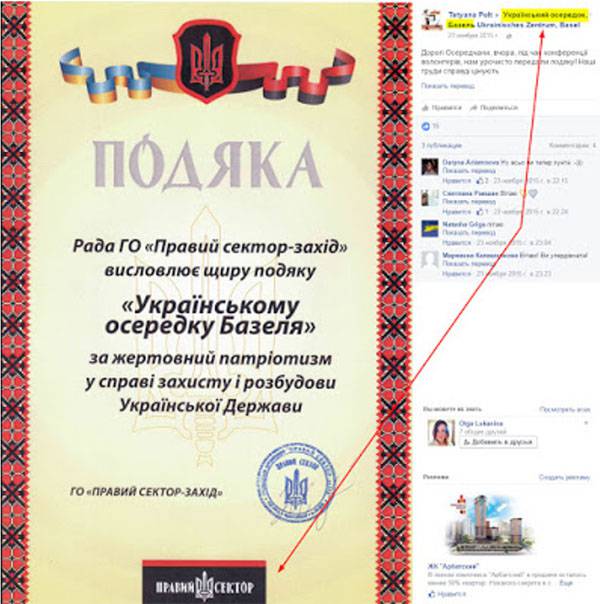 Here the question arises, how much specifically the funds allocated by the embassy in Switzerland, went to support the celebration of the Day of Slavic literature and culture, and how much - to purchase weapons and ammunition for the same legal sources? If the funds of the Russian Embassy did not go to finance the purchase of military supplies for neo-Nazis, then we definitely went to preparing for the concert, in the playbill of which were entirely Maidan activists, including Tatiana Polt, who also performed in the musical group and administering the same group “Ukrainian Center of Basel” . And this is a picture from her Facebook account - with a thick, thick hint: 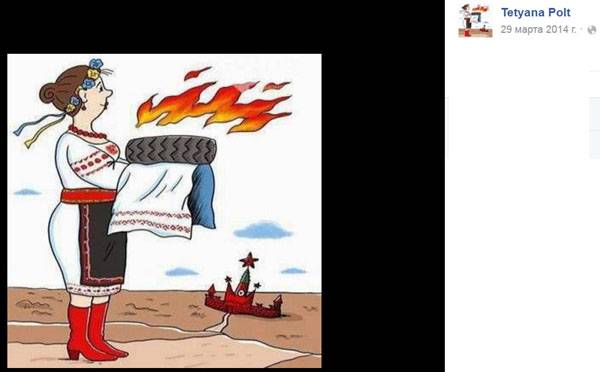 All these events could be considered as unconnected with each other, if not for one "but." The main ideologists of the Maidan are clearly not going to limit themselves to the territory of Ukraine for their destructive experiments, using any opportunities for their realization, up to the “short-sightedness” (or “strabismus”) of individual representatives of the Russian government already. The main thing is that the Russian immune system in this respect does not fail.

Ctrl Enter
Noticed oshЫbku Highlight text and press. Ctrl + Enter
We are
Results of the week. “We will not allow you to show anything! We will show you everything! ”Results of the week. “We will define your disgraceful ailment as a feat: we will send to the paratroopers. There you also will start shit "
Military Reviewin Yandex News
Military Reviewin Google News
151 comment
Ad