In Kiev, called the conditions of withdrawal of the armed forces in the Donbass

July 20 2016
54
Before starting the withdrawal of forces and means, the opposing parties in the Donbass must return to the line of demarcation, fixed in September 2014 g, reports UNIAN Statement by the head of the Security Sub-Working Group in the contact group on the situation in Donbas Yevhen Marchuk. 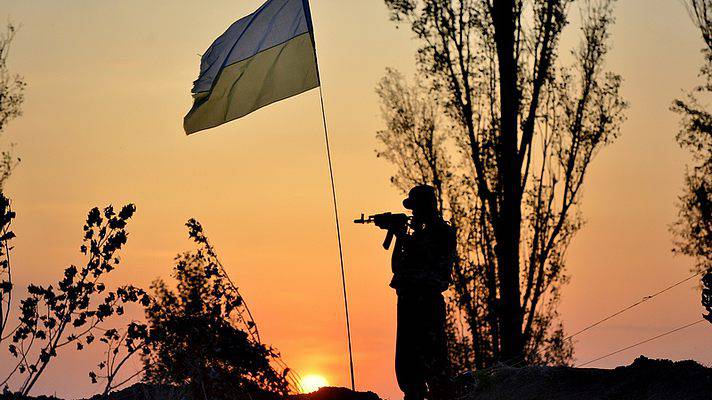 “At the time of the meetings of the Trilateral Contact Group, an agreement is being reached on the withdrawal of forces in the Donbas. In principle, from the point of view of common sense, it is difficult to object to withdrawing the military, so that snipers do not see the goal, do not see each other, provoke various movements there, ”said Marchuk.

“Today, they (Russia) are not satisfied with two points from this major transaction. The first is that the withdrawal took place, and the baseline was taken from the 19 September 2014 line of the year, on which we insist. And secondly, they want to exclude in the preamble, this is not in the imperative part, remove the reference to the fact that the basis of this agreement is taken 12 principles, which are developed by military experts of the "Norman Quartet," he said.

“All other points, according to him, have already been agreed. “The parties agreed not to wait for the next round of talks in Minsk, which will take place on July 27, and online to try to agree on these points. The issue of approving the demarcation line as of September 2014 is crucial for us, ”added Marchuk.

“I think that we will agree on something, we will find some kind of compromise, and if this happens, then there are three sites ready (for breeding forces) - Stanitsa Luganskaya, Zolotoe and Petrovskoe,” he said.

“The three sections are two kilometers deep, two kilometers wide, and then they can be expanded. If this 2 square on 2 is done, but there it is provided, before you begin, to determine the exact coordinates, absolutely accurate, up to seconds. (Also) on the other hand, seven days of silence are necessarily provided for, that is, if there is no seven days of silence, but there will be shelling, there will be no withdrawal, ”the representative of Ukraine said.

“Each party will have to notify the OSCE Special Monitoring Mission documenting the exact coordinates of the current location and further withdrawal of all forces. This message will be sent to the OSCE SMM upon the fact of observing the seven days of silence. The OSCE observers, in turn, must verify that the silence regime is indeed being observed, and then there must be an appeal for the simultaneous withdrawal of forces by the parties. Challenge should occur simultaneously, ”he specified.

“For example, where we will now (agree) withdrawal in the Stanitsa Luganskaya, we propose that this zone be extended not for two kilometers, but for it to go along the Seversky Donets River up to the Ukrainian-Russian border,” Marchuk said.

According to him, “in this security zone there should be no personnel, armored personnel carriers, large-caliber machine guns, grenade launchers, snipers, as well as sabotage and reconnaissance groups”

“Why do we insist so much on this and insist? Because it can be the beginning of a withdrawal along the entire contact line, and it is practically a front line, ”added Marchuk.

Ctrl Enter
Noticed oshЫbku Highlight text and press. Ctrl + Enter
We are
Reports from the militia of New Russia for 27-28 September 2014 of the year
Military Reviewin Yandex News
Military Reviewin Google News
54 comments
Information
Dear reader, to leave comments on the publication, you must sign in.