July 20 2016
215
The second channel of Israeli TV and other Israeli Media with reference to sources in the country's defense department, they published materials that refer to the entry of a UAV of Russian production from Syrian airspace into Israeli airspace. We are talking about the UAV "Outpost", which is analogous to the Israeli IAI Searcher Mk II.


The report says that the drone crossed the Israeli air lines last Sunday. Moreover, the air borders of Israel in this case refers to the airspace above the Golan Heights. The submission claims that by means of Israeli air defense, an unmanned aerial vehicle was attempted to be shot down. According to Israeli media reports, the Outpost drone was attacked by Patriot missiles, but this did not prevent the UAV from returning to Syria.

The second TV channel of Israel:
Investigating the incident, it became clear that this is probably the same model of Searcher drones that are used by Russia in Syria.

These drones are produced under an Israeli license in the Sverdlovsk region. 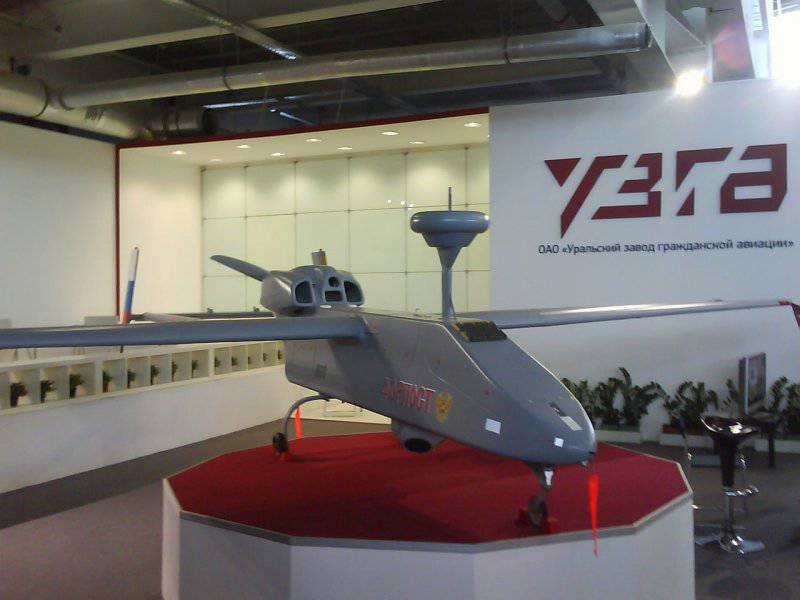 Meanwhile, experts are inclined to believe that initially the Israeli military decided that an Iranian drone had entered the airspace of the Golan Heights. Then, setting the Russian identity of the UAV, "the drone was given the opportunity to return to Syria." Officials in the Israeli Ministry of Defense do not comment on the information.