July 19 2016
144
From the bottom of the Barents Sea, military divers raised the American tank of the Second World War. Reports about it Interfaxciting a statement by the interim chief of the press service of the North fleet Russian Navy Andrei Luzik:

Specialists of the search and rescue control department of the Northern Fleet during the tactical-special exercise of the rescue forces raised the American Sherman medium tank from the bottom of the Barents Sea. The work was carried out in the area of ​​the sinking of the transport "Thomas Donaldson", torpedoed by a German submarine in March 1945. The vessel was part of one of the last Northern convoys sent by the allies of the anti-Hitler coalition in the USSR with a load of military equipment. 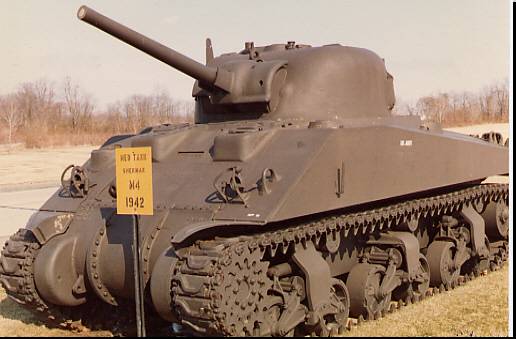 Besides tank other equipment was raised to the surface, including anti-aircraft guns, machine guns and a steam train.

According to Andrei Luzik, all the equipment extracted from the bottom of the Barents Sea after the completion of work in the flood zone of “Thomas Donaldson” will go to the main base of the Federation Council of the Russian Federation in Severomorsk.

The works are carried out, including with the use of uninhabited remotely controlled underwater vehicles. They are engaged in underwater reconnaissance and video recording of the actions of diving groups. In the near future it is planned to create a film about work at the bottom of the Barents Sea in the area of ​​flooding of American transport.

Works are under the control of the Northern Fleet Commander Vice Admiral Nikolai Evmenov.

It should be noted that the start of work on the rise of military equipment from the board of "Thomas Donaldson" dates back to 2010 year. At the same time, from a flooded vessel, they managed to raise a road roller, which later entered the exposition of the museum working on the Krasin icebreaker.

The M4 “Sherman” tank has a combat mass of about 30 tons. Such tanks were manufactured from 1942 to 1945. Used by the armies of the United States, Britain, the USSR and a number of other countries, subsequently including Israel. Over the years the production of such machines created almost 50 thousands of units, which makes the "Sherman" one of the most massive tanks in stories.