NATO and Russia: a fake confrontation?

July 19 2016
73
In the press and in the expert community, there is an active discussion on the topic of “confrontation” between NATO and Russia. There is an opinion that this confrontation is far-fetched, even “fake”. In addition, the recent meeting of the Russia-NATO Council ended with a desire for concrete action against the growth of tensions: a decision on dialogue about the safety of military flights over the Baltic. 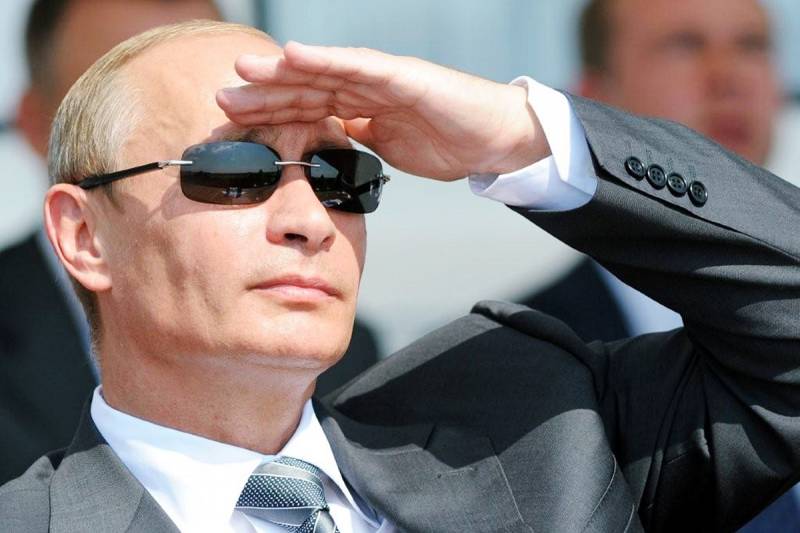 Before we begin to consider the different points of view on the topic of “confrontation” between NATO and Russia, let us recall the words of Mr. Stoltenberg, the most important NATO chief. On the eve of the meeting of the NATO Council - Russia Jens Stoltenberg сказал: "If there were no events in Ukraine and the illegal annexation of Crimea by Russia, there would be no need to strengthen the eastern flank of NATO."

The alliance does not doubt that they did not doubt even two years earlier: Russia, by “annexing the Crimea,” violated international law, Russia demonstrated strength, Russia violated “fundamental principles,” and so on.

“... in fact, it was Russia that, by its annexation of Crimea, violated international law and frightened its neighbors,” explains Vitaly Portnikov’s NATO position in the publication «Crimea.Realii». - It was Russia that demonstrated that it prefers to achieve its goals by force. It was Russia that refused its own international and bilateral obligations. It was the president of Russia, who repeatedly, including after the victory of the Revolution of Dignity, assured the world that Moscow does not claim the Crimea and any other Ukrainian territory, changed its opinion within a matter of hours. And after him, all the others changed their opinion: ministers, deputies, ordinary citizens. And what is the most disgusting, constitutional judges, these prostituted “guardians” of the Basic Law ”.

As for the “frightened neighbors,” for NATO it really became the main trump card in a strategic game built on strengthening military power (read, drawing money out of the budgets of alliance members). That is why the question of the security of these same neighbors was one of the key issues at the recent meeting of the Russia-NATO Council. First of all, it’s not about Ukraine (it’s clear that Russia will not return the Crimea), but about the Baltic States.

As noted by Gazeta.ruThe Council meeting ended with a decision to begin a dialogue on the issue of the safety of military flights over the Baltic. And this may well be called a positive outcome of the meeting, since relations between the Kremlin and the alliance are worse than ever, and the decision of NATO to place in the Baltic states a contingent of four thousand soldiers added fuel to the fire.

At the meeting, both sides accused each other of deliberately not including transponders (devices using the “friend-and-foe” system) pilots making flights near the borders. NATO says that after the aggravation of relations such provocative flights became many times more. The Russian military unofficially make it clear that flights of this kind are made in response to the provocative actions of NATO military aircraft.

According to the Russian Ambassador to NATO Alexander Grushko, the Kremlin is ready to begin discussing the issue of flight safety in the Baltic region. As the newspaper notes, the start of such a dialogue can be considered the main achievement of the meeting.

As for Ukraine, Grushko, answering questions from European colleagues about the situation, said that "in Ukraine there is no military activity on the part of Russia." However, his words hardly convinced the Western diplomats.

There is also a commentary on the outcome of the meeting, given by the official representative of the Russian Foreign Ministry, Maria Zakharova.

According to her, Moscow has made a number of proposals to the alliance aimed at building confidence.

“These proposals have been made, they are on the table, we expect a concrete response from our fellow NATO representatives. And we hope that such a reaction will follow without any delays and delays, ”Ms. Zakharova quotes. "Lenta.ru".

She noted that the Kremlin is waiting for a reaction from NATO on flight proposals with transponders on. However, during the Council meeting, Zakharova noted, the Russian side “did not hear anything new”. She summed up: “We are open to the continuation of an equal dialogue with the alliance both in this and in other formats on the whole spectrum of issues of Euro-Atlantic security.”

Recently, a very curious opinion about the “confrontation” of NATO and Russia was shared with Lentoy.ru Chairman of the Council on Foreign and Defense Policy; Scientific Director of the Valdai Club; Fedor Lukyanov.

The expert agrees that the military-political confrontation, which has not been a quarter of a century, is returning to Europe, however, “today this confrontation is fake, artificial”. Lukyanov is convinced that it is "devoid of real reason."

“During the Cold War, everything was clear: two blocs, two superpowers, two opposing models of existence. Today, the Western model (the idea of ​​how Europe should be arranged) is gradually crumbling, while Russia simply hasn’t had its own alternative model since the end of the 1980s. The current confrontation between Russia and NATO is due to internal causes to a greater extent than real threats. As we, Russia, came to the conclusion that we are satisfied with the existence of an external threat, since it allows us to consolidate society, this is a separate conversation. More surprisingly, the same situation has developed in NATO. There are so many system failures in the Western community that today imitation of the Cold War is necessary for it simply because it is the simplest pattern of dialogue with Russia. That is, it seems to Europeans that instead of building a thin, nuanced policy in relations with Moscow, it is easier to give up and say “Damn it, with Russia! We will assume that it threatens us. ” And after that, close on the solution of their internal problems. This, of course, is an illusion. The militarization of Northern Europe will not help either of the internal problems of either NATO or Russia. ”

We talked about the numbering of enemies, because in the declaration adopted after the summit, Russia was mentioned first among the threats, and only then the “Islamic State”.

Lukyanov believes that Islamic terrorism is not an external threat to the alliance, since IG controls the territory not in Europe. Yes, and how to resist the "IG"? Use against him the notorious four battalions, placing them in the center of Paris or Brussels? As for Moscow, from the point of view of NATO "it again fell into the heresy of aggressive imperialism, which means that it must be resisted, as it was done in former times." The logic of the alliance, the expert noted, is approximately the following: “We are an alliance of collective security. Who threatens our allies in the East? Russia. So we will work against Russia. ”

In conclusion, we present another opinion about NATO and Russia, which belongs to the editor of Literární novin, Teresa Spencerova. She gave an interview to the publication “Parlamentní listy” (Czech Republic; translation source - "InoSMI").

“The problem with the North Atlantic Alliance is that it does not know what to do,” said Teresa Spentserova. - Under the US directive, NATO has already disappointed in Afghanistan and Iraq, and the recent summit only exacerbated this wandering. On the one hand, it seems that the only reason for the existence of NATO is to protect itself from “Russian aggression,” but for three years now we have been waiting for Russia to capture at least a piece of the same Baltic or Sweden, but nothing happens. I'm not talking about those who are still waiting for the Russians Tanks in Prague. It was as if Moscow decided to make us even more angry! Maybe we should call this “destructive” Russian policy “aggressive passivity”? From time to time, Russia sends some plane to some borders, like us, but in general it does not allow provoking itself. Like in that old joke about BDSM: “Beat me!” - “And I won’t think about it!”

Experts very much doubt that there is a real confrontation between NATO and Russia, despite the “provocative” flights that both sides are talking about and the notorious “annexation of the Crimea”. For more than two years, the "scared" Europe has been waiting for Moscow to move the regiments to Stockholm or at least Vilnius, but nothing happens. The “aggressive” Russians did not show up again at war. It is not surprising that experts consider the current confrontation itself to be fake.