Trump, the tragedy of Nice and the Turkish putsch

July 18 2016
62
Something is brewing in the world ... In America, either Trump or Maidan is coming ... Some observers consider shooting American police in Dallas as a "sacred victim", that is, the beginning of the American color revolution. Conflict material in the US is more than enough, weapons too, and the "color" technologies are well known there - they developed it themselves ... If there is some truth in this, then Donald Trump will win the presidential election, and Brexit is the guarantee ... Because there is too little democracy in America and too many policemen are shooting . 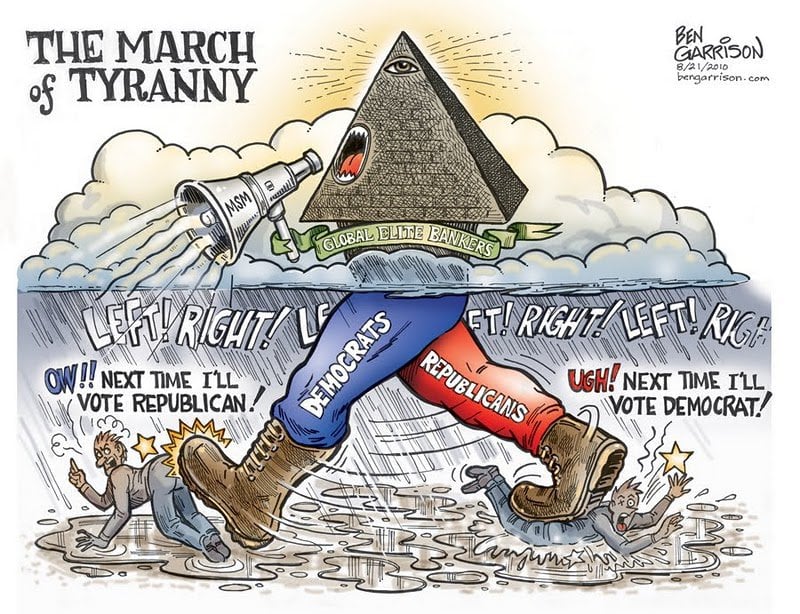 After all, who would have thought that Brexit would happen in England, but it happened ... And now Theresa May is the whole ex-Minister of the Interior! - declares: "I will take all measures to leave the EU." She "will take action", just mother Teresa and England! She will save England!

It’s all about Western democracy, which at any moment can fire Brexit, Obama, Trump, Dallas, Nice, Turkey, and sometimes Hitler and Chamberlain, a colleague of the latter. Western democracy has always operated under a "false flag", behind which lies the real, secret power of democracy - plutocracy, its backstage hand, which manipulates all the "democratic values" that tomorrow may turn out to be, for example, just British, as happened in England.

Today, the secret power of the West is in a fever, squabbles and squabbles, small parties have arisen in it, so public democracy is also shaking. Democracy is the last lie of the West, which it sells to the world very dearly, much more expensive than the communist myth. In fact, the democratic Western model is a modified Western communism, a communist myth plus a market mechanism, and Lenin finally turned to the politics of NEP, that is, the market ... However, any lie collapses with time, and today we are seeing the fall of democracy around the world , from America to Europe and Turkey.

Thanks to Nikolai Zlobin, our Washington political analyst who, right in the studio of V. Solovyov, opened the eyes of a wide audience to the true motives of the policies of the United States and the West as a whole: they simply pursue their own selfish goals. And they spit on everyone and everything, starting with international law and ending with democratic values ​​and human rights. A special thanks to our progressive pro-American intelligentsia, for the courage and honesty shown by Nicholas.

In fact, the ideologue of Brexit, ex-mayor of London, Boris Johnson, who unexpectedly for Teresa (known for their antipathy), was appointed Minister of Foreign Affairs, that is, the negotiator for Brexit, and backstage vertical power of England. And Teresa May will continue to do internal affairs, cleaning the house. Donald Trump is a billionaire, and Teresa May is just a technical premier, and that makes a big difference. Therefore, Trump is serious, and May is ... Cameron doo doo doo, England!

Everything is under the control of the backstage "party of power", and England, the beloved "51 state of America" ​​in Europe, separates from Europe and floats to the Atlantic Ocean ... away from European sin. And it really is on time. The tragedy in Nice shows all the helplessness of the European Union in the face of terrorism of a new time, when a regular truck can become an instrument of mass murder.

The point, of course, is not in the particulars of this tragedy on the quay of the resort Nice, the identity of a terrorist, a Frenchman - a former Tunisian, and relaxation, and the slobs of the French police. The fact is that its backside is the ruined, blazing Middle East, where many more people die every day. Don't set fire to your neighbor's house - you will burn yourself, but the European Union took and takes part, under the leadership of the United States, in the destruction of the Middle Eastern states, and now a fire from the Middle East licks the walls of the European house ...

And Turkey was completely set on fire, in a coup d'etat, seemingly unsuccessful. Erdogan seems to have retained power; the rebels disarm, surrender and arrest. But ... it was a military coup, not a colorful Maidan, and, judging by the Erdoganov's statement: "The rebels received orders from the US", Kerry’s reservation about the "continuity of power" in Turkey, and the composition of the participants in the coup - completely graduates of American military schools - for military coup in Turkey is Washington.

The military coup in Turkey failed, mainly because the coup failed to neutralize the leader of the state, Erdogan, to accomplish the primary task of any coup. Who and how saved Erdogan is the main secret of this putsch, however, we know who saved the putschists of the Ukrainian President Yanukovych from the massacre. Immediately before attempting a military coup, Erdogan went to an unprecedented cooperation with Moscow, apologized for the downed Su-24, by the way, the Turkish pilot shot him down took part in the coup.

Literally on the eve of the military rebellion in Sochi, Putin and Lavrov meet with the Turkish official delegation, and today the Prime Minister of Turkey very definitely says that the United States cannot be a “friend” of Turkey ... Although official America and Europe condemned the coup d'état when it failed, and supported Erdogan. Justify: it is not us?

Against this background, Moscow is showing enviable restraint, no loud statements. As if he says: we also have nothing to do with it ... Well, if Moscow warned Erdogan, then this is the most correct tactic, to prove Erdogan nothing needs ...

Although the military rebellion in Turkey and failed, but the destabilization of Turkey began. If Washington is behind the coup attempt, he will now “squeeze” Erdogan, and the preparation of this scenario is already underway, in the Western media, which have become today simply a department of the US State Department. “Versions” have already been launched that Erdogan himself initiated the coup attempt, that he is an authoritarian dictator, so maybe the West should close its eyes to the fact that it is being dismissed, for the sake of democracy, of course. (Erdogan’s accusations of instigating a coup d'état are a matter of hopelessness, they are quick to write the “Plan B” for the State Department, for this is too big an awl, especially in Erdogan’s position.)

In general, the West blames all its political opponents for authoritarianism, from the height of democratic lies. However, any power is authoritarian, and democratic-plutocratic, or it is not power at all.

It’s just that Western authoritarianism, bringing down police repressions in Ferguson and Baltimore, London and Berlin, bombing Yugoslavia and the Middle East, encouraging coups around the world, is declared beautiful and “civilized” by the media outlets, and all others are backward and ugly because they are not Western ...

Ctrl Enter
Noticed oshЫbku Highlight text and press. Ctrl + Enter
We are
Results of the week. “We will not allow you to show anything! We will show you everything! ”Overseas ally? Donald Trump - US Presidential Candidate
Military Reviewin Yandex News
Military Reviewin Google News
62 comments
Information
Dear reader, to leave comments on the publication, you must sign in.