For the 1 semester, the Russian fleet received a patrol ship and around the 50 "Caliber"

July 16 2016
35
During the 6 months of 2016, the Russian fleet received the frigate “Admiral Essen”, about fifty Caliber missiles and a radar station, RIA News a message from the chief of the arsenal of the Armed Forces of the Armed Forces Anatoly Gulyayev 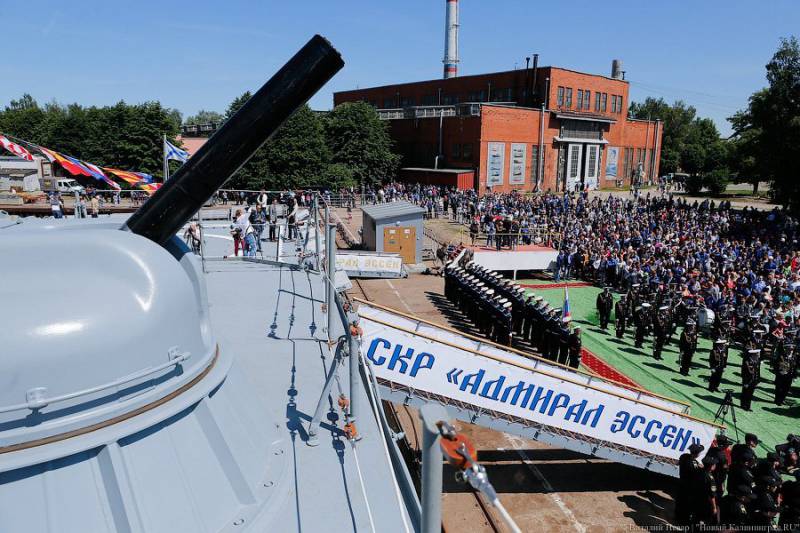 He recalled that “in May, another submarine of the 636 Kolpino project and the icebreaker of the 21180 project Ilya Muromets took place on board the Admiralty Shipyards.”

“For the first time in 45 years, a vessel of this class is under construction. Upon completion of construction and testing, the icebreaker will be part of the Northern Fleet to support the Arctic group of forces, ”said Gulyaev.

The commander of the 128 th brigade of surface ships of the Suflobov Baltic Fleet, in turn, reported that the Admiral Essen, accepted into the June 7 fleet, "successfully passed all kinds of tests in the Baltic and Northern fleets."

“During the tests, a comprehensive check was carried out on the weapons and military equipment of the ship as a whole in real sea conditions. The test results confirmed the compliance of the tactical and technical elements and the characteristics of the ship with the approved technical design, ”he noted.

Now the ship is preparing for the inter-fleet passage to the place of permanent deployment in Sevastopol.