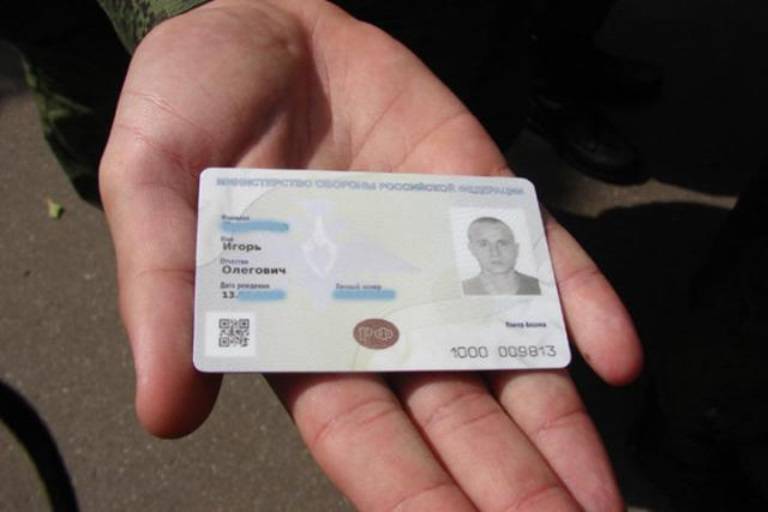 “The use of an automated system and electronic cards of military personnel allows monitoring access to protected objects and information resources, accounting and confirmation of rights to social, financial and other services, as well as accounting for their actual provision”,
told Gulyaev.

The Angstrem company - the system developer - has already tested its product at the facilities of the Ministry of Defense in St. Petersburg.

“As a matter of priority, work is being done to equip 497 objects of the Ministry of Defense - this is the 421 military unit, the 71 military commissariat, military universities and a hospital. The necessary equipment was delivered in full to the specified facilities, ”said the head of Angstrem, Alexey Bocharov.

He clarified that "a thousand electronic cards of a soldier were put on the collection points of the Ministry of Defense, 651, of which more than 85 thousand cards have already acquired their owners."

According to Bocharov, in September of this year, mass production of electronic cards "fully domestic production" will be launched.

Ctrl Enter
Noticed oshЫbku Highlight text and press. Ctrl + Enter
We are
The system of electronic military cards in September will be launched in fullIn St. Petersburg opened a naval salon
Military Reviewin Yandex News
Military Reviewin Google News
29 comments
Information
Dear reader, to leave comments on the publication, you must sign in.