"MALD-J": a slightly "smarter" descendant of the Luneberg lens. Tactical limitations of the promoted rocket bait 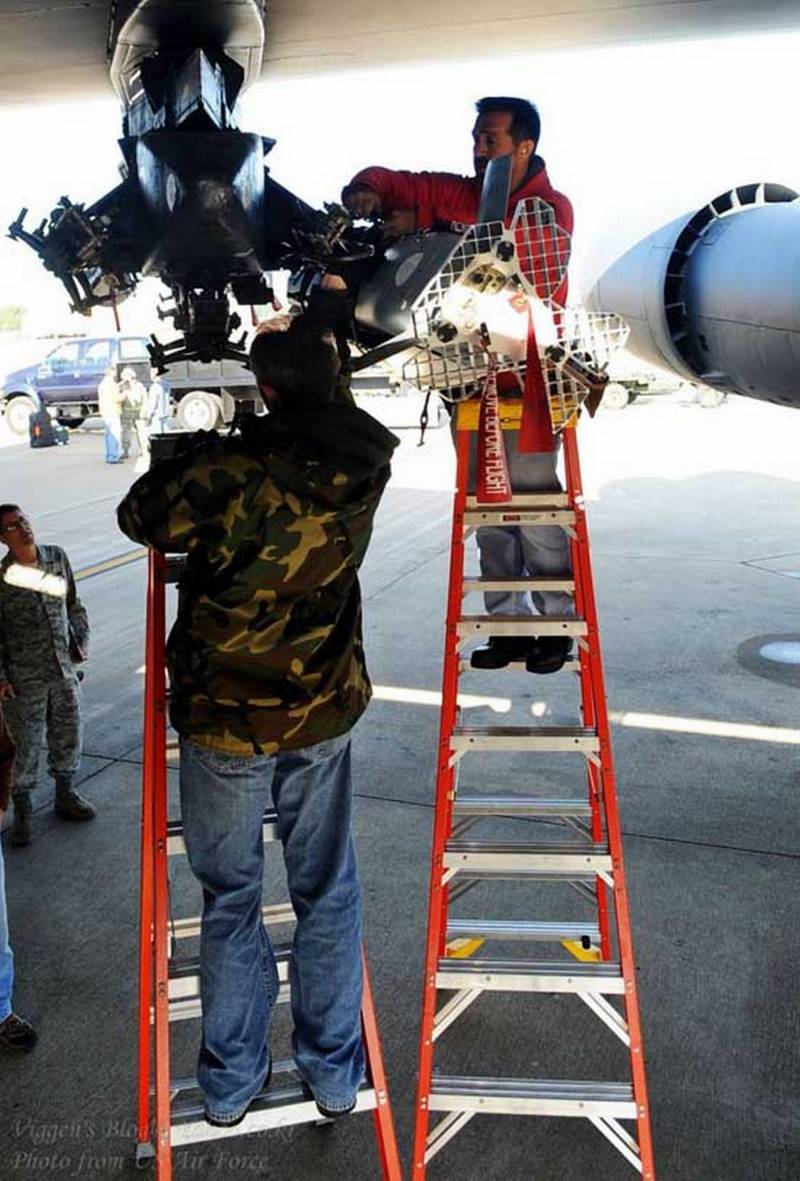 According to a report by the Military Parity informational and analytical resource on July 12, 2016, citing Western sources, the US Navy concluded a 35-million contract with Reiteon for the modernization of ADM-160 MALD-J small-sized electronic bait / drone missiles . Having first taken to the air 17 years ago, the prototype bait / simulator rocket was constantly improved, so the current modification has a 2-fold increased flight range (from 450 to 925 km), as well as a more advanced elemental base of the RER and EW complex. The first information about gaining operational readiness of a promising bait-rocket was received by flightglobal.com media on December 16, 2014, when tactical aviation The US Marine Corps successfully tested the latest version of the product. And now incredibly high bets are being made on the MALD-J program in the Air Force, Navy and the United States Naval Forces, sometimes even reaching such strategically important projects as JASSM-ER / LRASM, because the missile is planned to be used in the most demanding air operations, including a missile defense system, where the enemy’s air defense systems are capable of partially or fully stopping the American MRAU fleet and the Air Force using the latest standard types of precision weapons.

“MALD-J” should complicate the work of ground-based and airborne early warning and early warning systems to such an extent that the computational tools of surveillance radar systems, airborne radar fighters and the MRLS anti-aircraft missile systems will be overloaded, and their operators will be psychologically depressed due to the huge number of airborne simulators of American aviation, which will exceed the capacity of any type of modern radar.

Yes, such a concept is indeed one of the most important guarantees of a successful military operation, but is this rocket as perfect as the Raytheon marketing and sales department presents?

The “MALD-J” ability to “steal” important target / target designation channels of multifunctional radars (illumination and guidance) and observation complexes really creates enormous difficulties for the calculations of even modern anti-aircraft missile systems, as well as operators of DRLOi aircraft, because the “smart” drone simulator can very accurately repeat the effective scattering surface of most modern means of air attack, which perfectly confuses the selection capabilities of the radar. But the real effectiveness of the new American “tricks” can be achieved only in conjunction with strategic cruise missiles of the “Tomahawk” type, as well as tactical AGM-158A / B and “Taurus”, which can follow the target, focusing only on the GPS module and own INS using thermal imaging correlation sensors. The possibility of autonomous flight with passive trajectory and guidance navigation systems indicates that these missiles do not use active radar guidance and are in no way different from the ADM-160 “MALD-J” EPR that simulate them. A completely different situation is observed during the use of the “MALD-J” to simulate tactical and strategic aircraft.

The MALD-J cruise missiles are made in a compact, angular fuselage with a length of just over 2 m made of composite materials. There is a radio transparent fairing, under which a passive antenna of the DER complex and a multifrequency emitter of reflected simulating electromagnetic waves of the millimeter, centimeter, decimeter and meter ranges with a powerful amplifier are installed. Before simulating a certain frequency and power of the radiator, which correspond to the type of the radar of the enemy and set the EPR level to simulate "MALD-J", the onboard antennas of the DER of the bait rocket identify and save the parameters of the irradiation signal, after which the data enters the generating device. As a result, target indicators appear on enemy radar indicators corresponding to the EPR of a pre-selected aircraft (F-15SE or F-22A "Raptor"). But all this is only until the onboard radar of the fighter, the REB complex and tactical information exchange systems are included.

The modes of operation of these complexes are much more diverse than the spectrum of simulated emissions of the transmitter MALD-J, which is easily intercepted and selected by modern electronic intelligence tools, including ground-based complexes Tamara, Valeria, and air - Tu-214P. All these tools have modern computerized computing bases with physical drives, on which a regularly updated list of the enemy’s emitting systems is installed (radar, communications, REB, radio altimeters, etc.), and therefore it will be quite possible to distinguish the ADM-160 from the fighter will require NATO military aviation, at the time of entry into the zone of probable action of our SRTR, to be in radio silence mode with the EW and airborne radars turned off, only receiving a tactical "picture" from remote means RTR But in conditions when our air forces have such machines as the Su-35C and the Su-30CM, the turned off radar of American fighters will lead to an indispensable defeat. 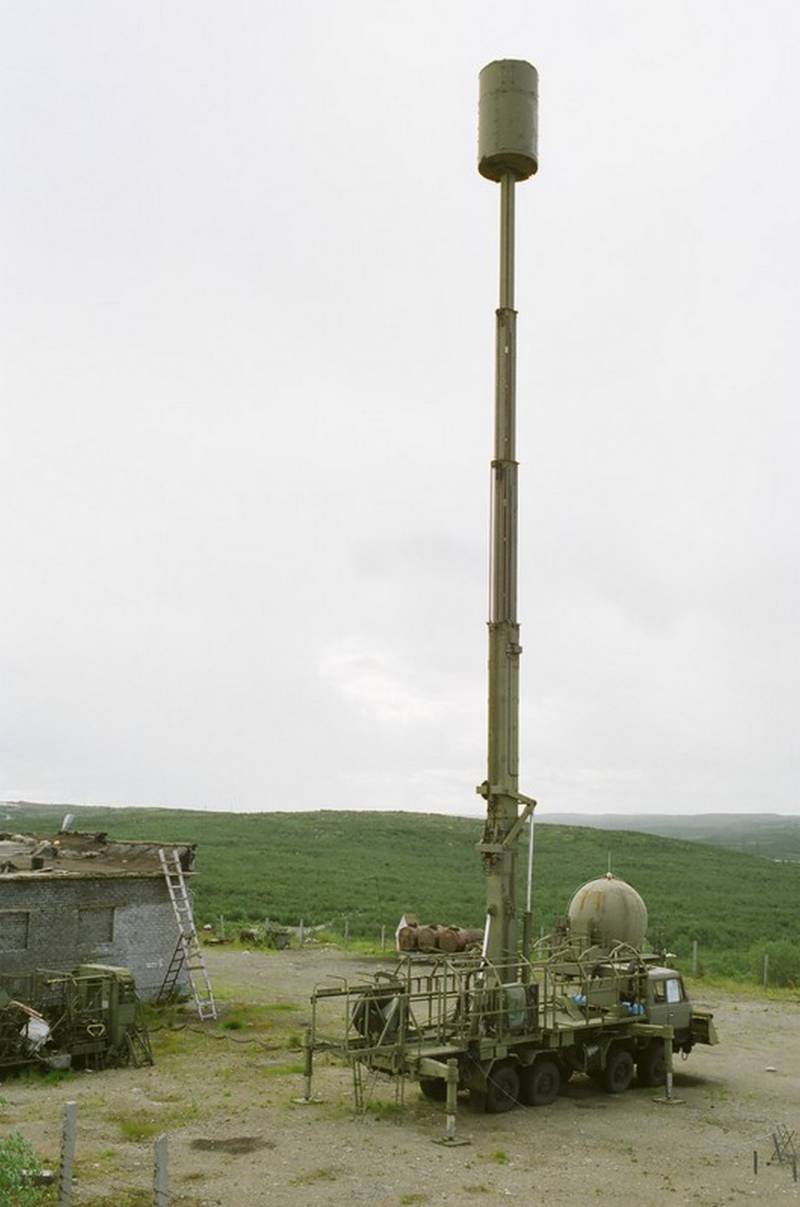 Antenna post SRTR "Valeria" with a ring passive HEADLAMP is placed on a telescopic hydraulic boom more than 20 m in height, which gives additional opportunities for detecting low-altitude radio-emitting air objects at a distance of 35 — 40 km

This fact shows that, as applied to the imitation of tactical aviation, the MALD-J is a rather ineffective unmanned aircraft complex, the operation of which can be quickly calculated against the background of the frequency diversity of the emitting complexes of modern fighters and bombers. But the Americans continue to fight for an ambitious program, and the network-centric capabilities of the American 4 ++ / 5 multi-purpose fighter aircraft of the generations come into play. The highest network-centric level today is observed in the Navy and US Air Force units equipped with the multi-purpose F-35A / B / C, F / A-18E / F / G and F-22A fighter jets, and the deck fleet aircraft recently received a good lead in terms of system linkage. If the Raptors have a standard Link-16 bus, then the deck F / A-18E / F, Growlers, F-35B / C and E-3D, in accordance with the concepts of maritime anti-aircraft and anti-ship defense "NIFC-CA" and "ADOSWC" receive specialized communication equipment with the channels "MADL" ("Small Data Pipe") and "TTNT" (sub-channel "Link-16 / CMN-4").

Radio channel "TTNT" is in the decimeter wavelength range and is able to operate effectively for several hundred kilometers. Imagine the situation: there is a squadron "Super Hornets", carrying on suspensions around 30 "MALD-J" and several anti-ship "LRASMs". The task was to break through the KUG / AUG air defense of the Chinese Navy with the subsequent destruction of the Type 52D aircraft covering the aircraft carrier. To create the effect of surprise, F / A-18E / F will approach the Chinese AUG with the radar turned off, simultaneously launching a couple of dozen MALD-Js imitating the EPR of both the Super Hornets and the anti-shipboard missiles to “load” the ship’s air defense missiles. LRASM. While the lure rockets will rise to the height available for detection by Chinese general-purpose missile and MRLS, real F / A-18E / F with combat anti-ship missiles will launch an attack, and then either engage in air combat with deck J-15S, or start Return to the home base. Naturally, before the MALD-J approach is less than 25 km, the operators of the Chinese KZRK will not be able to recognize the absence of the American Super Hornets and LRASMs in the main distracting link, since television-optical sights on destroyers, due to atmospheric factors, do not recognize exact type of goals. And then, in the remaining couple of minutes, it will be very difficult to distinguish the real anti-ship missiles from the 10 lure missiles.

The entire operation will be carried out by adjusting the actions on the TTNT channel from the remote Edited Hokay or F-35B / C, without outgoing packets of information from the attacking Super Hornets. This will not allow Chinese radio equipment to distinguish American fighters from rocket baits.

The millimeter-channel “MADL” (11 - 18 GHz) can also play a large role in carrying out such operations. Antennas for his work are exactly the same, which will completely allow for two-way instant information exchange during the operation of the MALD-J lure-rocket. Its distance is only a few tens of kilometers, but it is not so easy to switch it with the help of DER. The signal power is very low.

These two channels of tactical information exchange demonstrate that with the help of modern network-centric abilities in some cases it is possible to correct the multiple flaws of various weapon systems, including the ADM-160 “MALD-J” lure-rocket. But this does not mean that the flaws of this rocket are completely eliminated. Its carriers will not be able to fly with the airborne radars turned off in all combat situations, because during the superior strength and technical capabilities of the enemy’s combat aviation, the need for radar will occur to all Super Hornets or other machines without exception, and the presence of flying deceptions will be instantly revealed .

In addition, the maximum speed of the MALD-J does not exceed 1200 km / h, which does not allow it to imitate supersonic aircraft, and the range at 925 km gives only some tactical advantages in conducting air operations at a small distance from the most active part of the theater. A small bait rocket will simply not reach the rear areas of large countries. The infrared “luminosity” of jet gases of turbofan engines is much lower than that of JASSM-ER or Tomahawk, and therefore at short distances it will be very different from other means of air attack, in fact, as in the television channel, due to the smaller geometric dimensions and bright pronounced engine air intake.

The effectiveness of this bait rocket is only several times higher than that of an ordinary Luneberg lens, which hides the real EPR of 5 generation fighters in peacetime, is somewhat brightened up by the installed EW and REAR systems, but for use against advanced aerospace defense systems with attached complexes REAR and optical radio intelligence intelligence this "Rayton" drone is absolutely not old enough. In the future, we will track the modernization program “MALD-J” on the example of new versions of the rocket for the fleet “MALD-N” and missiles with enhanced capabilities for exchanging data “MALD-X”.

Ctrl Enter
Noticed oshЫbku Highlight text and press. Ctrl + Enter
We are
Developments in the field of small-sized UAVs with vertical takeoffAmmunition of the present day: what came military science
Military Reviewin Yandex News
Military Reviewin Google News
22 comments
Information
Dear reader, to leave comments on the publication, you must sign in.