July 15 2016
25
The Republic of Abkhazia has summed up the official results of the referendum, on the basis of which the people had to give an answer to the question of whether the country needs early presidential elections or not. Official results showed that such concepts as “summer” and “referendum” for Abkhazia look simply incompatible. Russian tourists are on the beaches, the harvest is in the gardens, the powder for “wine” and “cognac” is in the storerooms, and here, you understand, some sort of will ...

The Republican Central Election Commission reported on the turnout record: 1,23% (1628 people came to the polling stations from more than 130 thousand) with the necessary minimum to recognize the referendum held in 50% eligible to vote. As a result, it turned out what happened: there is no turnout - there is no early election of the President of Abkhazia, which is what the representatives of the forces that call themselves oppositional counted on.

Apparently, the results of the plebiscite were so stunned by the opponents of the current president of the republic, Raul Khadzhimba, that they called themselves the opposition after the announcement of the results like water in their mouths: no processions, no statements. This is understandable, because the results are such that fewer residents of Abkhazia came to the ballot boxes in 2 than the number of protestors against actions (or inactions ...) of the current Abkhaz political elite who went to protest. What then, one wonders, opposed? This time. And two, which is even more interesting: were all the protesters all residents of Abkhazia? Indeed, according to the statements of the so-called opposition, about 3 thousand people took to the streets and squares of Sukhum demanding early presidential elections, the resignation of the head of the Ministry of Internal Affairs and real political changes. But if a little more than 1,6 thousand people appeared at the referendum, then where are the remaining 1,4 thousands who rallied in Sukhum? To rally - they rallied, but they didn’t go to the referendum themselves ... Some miracles of Abkhazian political life. Well, even if the opposition was not satisfied with the fact that the authorities decided to hold a referendum at the height of the bathing and tourist season, then at least for decency could they visit the sites? - Could ... but not visited.

Here, as they say, one of two things: either one of the sides muddies the water with numbers (in turn in a referendum or in attendance at rallies), or in protest actions in the capital of Abkhazia there were indeed more than a thousand of those who really did not have to go to Abkhazia no relationship, but it was used precisely with the aim of heating up the situation in the country to solve the problems of certain circles, possibly located outside Abkhazia. 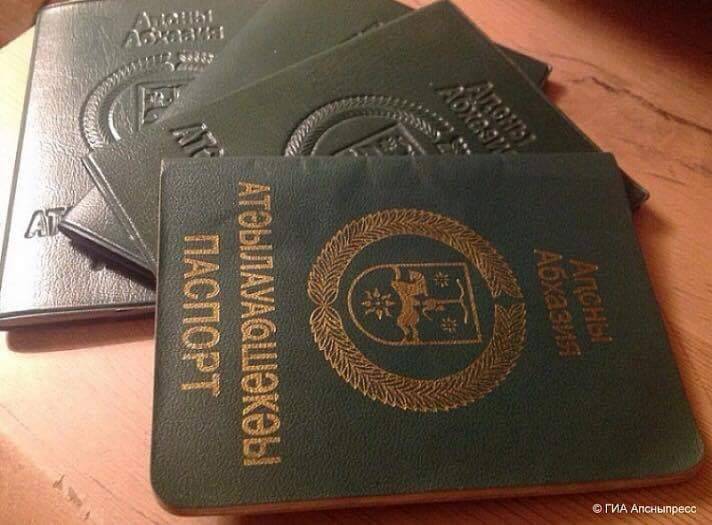 If we start from the second (albeit sufficiently conspirological) point of view, it can be assumed which of the countries with a special desire could actually use their “human resources” on Abkhaz territory without much difficulty. One of the probable options is Georgia, from which the border, although closed, but considering the presence of a certain number of Georgian citizens living in the territory of Abkhazia, this option does not look at all unrealistic. This is not at all to the fact that every person with Georgian passports in Abkhazia, to put it in a “newfangled” language, is a cursed child. Not at all ... Simply - as a fact: it is the citizens of Georgia living in the territory of Abkhazia who do not have the right to vote in elections and referendums.

And if we go further and take into account the fact that we are saying “Georgian special services”, we mean “American and Turkish special services”, then all the more so.
And let such statements appear to be “anti-Georgian paranoia”, but when taking into account modern fashion, always and in everything refer to “hybrid war” - I’ll call it an option ...

In the end, as already noted, the referendum was declared invalid, and the President of Abkhazia Raul Khadzhimba has every chance of remaining in stories the republic by the president (as well as its first leader Vladislav Ardzinba), who will finish at least one presidential term to the end - without the traditional revolutions and dismissals from the post. True, you should not run so far ahead, because the term of office of Raul Khadzhimba expires only in the 2019 year, and until that time a lot of water will run out, and what political events may happen in these three years - only God knows.

How much Abkhazia needed such a plebiscite is a separate question. Indeed, it is one thing when, with the help of understanding about the mood of the people, they are going to solve the most important tasks related to statehood as such, integrational (like Crimea) or disintegration (like Britain), and quite another thing when the political situation sticks to the first positions. The conjuncture is that some forces of Abkhazia, on the basis of, well, at least pleased with democratic principles, decided to make an attempt to change power. At the same time, other forces in the semi-comedy genre of this attempt were slyly opposed by organizing a plebiscite in order to show the real number of the “irreconcilable opposition”.

It’s another thing that the population of Abkhazia - the opposition or not the opposition - has for a year been forced to be in a “semi-suspended” state. The republican authorities, regardless of the surname of the head of the republic, are essentially concerned with the solution of only one task: how to achieve greater subsidies from Russia, and how to skip these funds skillfully through certain offices, without really “lightening” with reporting. With this approach to governing the country and “developing” the economy, it is possible to arrange referendums at least three hundred times a year, change presidents, walk around in squares with slogans and banners, and the process will resemble the efficiency of movement of a squirrel in a wheel.

It is clear that it seems like “they have a crisis”, and it seems like “now it’s not up to Abkhazia”, but to brush off, like an annoying fly, from a republic that has everything for really rapid economic growth - at least short-sighted. It is short-sighted, especially if we consider that the overwhelming majority of the residents of Abkhazia are citizens of Russia, and we have a common border.