A letter to the editor, or As "Military Review" "import substitution" was offered ...

July 15 2016
106
The material has nothing to do with the military-technical industry, or with geopolitics and economic upheavals, but the “Military Review” team simply by definition could not help sharing it with you, our dear readers.

The other day, the envelope of our information and analytical magazine (the company under whose auspices the media project is being implemented) received an envelope, the return address indicated on which reported that representatives of the Enterprise Development Fund wanted to contact the editor-in-chief. The letter aroused interest, well, simply because immediately there were questions, what relation does the declared envelope sender have to the subject of our Internet portal, and what, respectively, can our portal have to do with the Fund for the Promotion of Business? 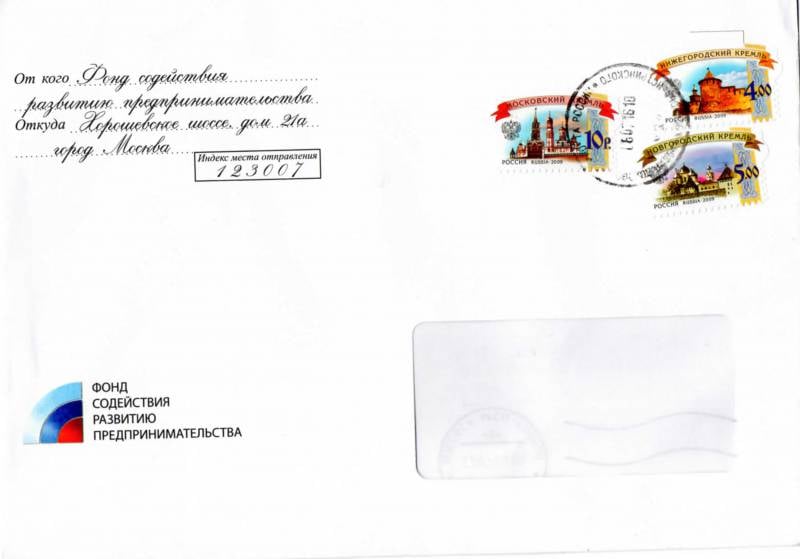 Having opened the envelope, we were surprised to find out that the fund mentioned above announced us (attention!) Nominees for the laureate already in the All-Russian branch award “Import Substitution-2016”. We decided to find out what exactly “Military Review” import-replaces? Is "Radio Liberty"? - they thought a sinful thing in a team ... But not everything is so simple ...

From the letter:
We send you a formal notice that, based on the results of an annual rating analysis of the economic activities of domestic enterprises based on state statistics, your organization is recognized as one of the best in the region and nominated as the winner of the All-Russian Industry Award “Import Substitution-2016”.

For more convincing, in the envelope is a portrait of the President of Russia and his quote:

Not having time to reflect on the reports of the state statistics, and even on the issues of analyzing the economic activities of domestic enterprises, the Military Review website could be found with even more interesting material (from the same envelope):

The prize is held (and the awards, it turns out, are CONDUCTED ... - approx. "IN") in the field of industrial and agricultural production, construction, the fuel and energy complex and related activities.
The surprise is uttermost! The VO team could not assume that the activities related to the publication of materials for military, military-technical, geopolitical and other similar topics suddenly became subject to "industrial or agricultural production" ... We thought that, perhaps, with some Since then, the cultivation of potatoes and cucumbers in the backyards of representatives of the VO team is also monitored by “state statistics bodies”, while the refueling of personal vehicles at gas stations fits into the format of import substitution in the fuel and energy sector Lex ... And on the basis of this monitoring and stacking "in" nominees of the award?

Further, in a letter to the editorial office, they said that we all should wear it — not to demolish the “Russia's Choice” quality marks, but to the editor-in-chief - “a badge of honor“ Industrialist of the Year ”. No, well, if Anatoly Chubais is already among industrialists, then why should we ... not that ...

After the “multi-letters” about where our representatives will be placed during the award ceremony and about how many things need to be presented there to the organizers of the action, there was a truly pathetic text, after reading which, it should be, everyone, by understanding, the addressee should quickly want to fasten the “breastplates of the industrialists of the year” ...

Here is the text:
With a sense of deep respect and recognition for your dedicated work.

And then the signature:
Chairman of the Organizing Committee, Deputy of the State Duma of the Federal Assembly of the Russian Federation II, III and IV convocations ME Booger.

Scanned copy of the letter to the editorial board "VO":

The editors decided to call the numbers provided in the letter in order to clarify "where to pick up medals and badges" for "special successes in the agricultural and construction activities" for the media, and find out whether the Entrepreneurship Development Fund won the titles Logic year "or, more likely," scam of the year. " A voice on the other end of the “wire” said that, they say, one must come to Moscow, but first, a small nuance — to make a “purely symbolic” registration fee in the amount of 90 with more than a thousand rubles per person. Just ... A voice on the phone was trying to explain that you could not go to Moscow, the main thing was to simply send to the deputy of the State Duma of the Russian Federation II, III and IV convocations ME. Bugers a certain amount - and medals along with breastplates, and even orders will send a parcel post ... We hung up the phone ...

With the help of the Network, we decided to take an interest in the activities of this Mr. Bouguera, and in the list of the most popular requests, Yandex gave a clear-cut verdict to the deputy and the chairman of the organizing committee: “Bugera is a crook”. And the search engine is already in the know ...

A lot of links. Here is one of them leading to the letter to other “winners”, but already the award “Accountant of the Year - 2015” with almost identical text and, as it turns out, identical financial inquiries: 94 “thousand” - and catch the medal ... Yes, at least ten!

In this regard, I would like to ask the colleagues from the mentioned media: are you really involved in this or are the names of your media simply used for swindle? If the second, then we think that you, as much as ours, should attend to this kind of fraud. Well, if the first, then any words will be superfluous ... Questions disappear by themselves if you visit the official website of the foundation (they decided to provide a link 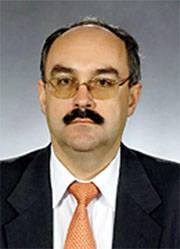 www.fsrp.ruto the reader himself had the opportunity to read), who sent us a letter with beautiful booklets and the mention that during the presentation of the "prestigious award" will be involved, no less, "leading politicians". And what we see? And we see that here on the main page it is indicated that REN TV and “Moscow 24” are indeed partners of the foundation that organizes such events as premiums with “membership fees”. Well, colleagues ... This is a bell ...

On the same site we find the persons who are called the “Board of Trustees of the Foundation”. Here are the faces of these combinators (or those from whom they try to make combinators):

Maria Stazhkova (co-host of economic programs on Radio City-FM and Business-FM (Economics in Russian, etc.), Margarita Vladimirova (Head of the Economics and Finance Department of Moscow State University Press), Mikhail Payushin (Member of the Chamber of Tax Consultants of Russia).

Well and, in fact, the management of the foundation ... This is the same deputy of the State Duma of three convocations, a native of Kiev, former Plenipotentiary of the President of the Republic of Bashkortostan in the legislative chamber of the State Assembly (Kurultay) of the Republic of Bashkortostan, former member of the presidium of the United Russia faction Mr. Booger.

And how do you see this (from the site of the same Fund): 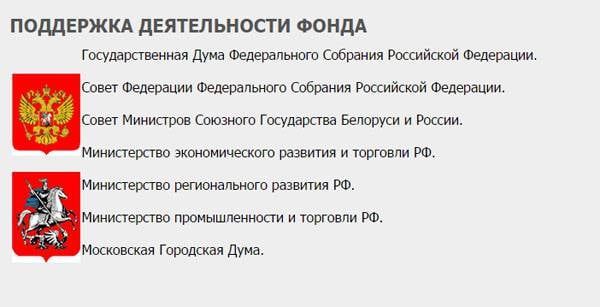 “Belorussia” is, apparently, in order to divert attention by mistake from those who support the activities of this office operating in the “Horns and Hoofs” format. And such offices themselves from the version of 90-x with the "keys to your car in the envelope" go to the exploitation of the image of the president and state symbols.

In general, everything actually looks quite serious. The information partners include fairly large media outlets, and on the site there are statements about the support of the fund’s activities, which, in an effort to earn money, do not distinguish between information resources and agricultural producers, the State Duma, the Federation Council and even several federal ministries.

Based on this stories it is quite possible to talk about how many other awards are awarded, where, in a rush of making money, their organizers do not care who the nominee is, where it comes from and what it does, the main thing is the opportunity to put together your own fonic on the organizational fee. Such a business ... Such an enterprise development ...

Ctrl Enter
Noticed oshЫbku Highlight text and press. Ctrl + Enter
We are
Results of the week. “I respect you, and you respect me, we are dear people”An open letter to Natalia Poklonskaya on the activities of the PSRP
Military Reviewin Yandex News
Military Reviewin Google News
106 comments
Ad